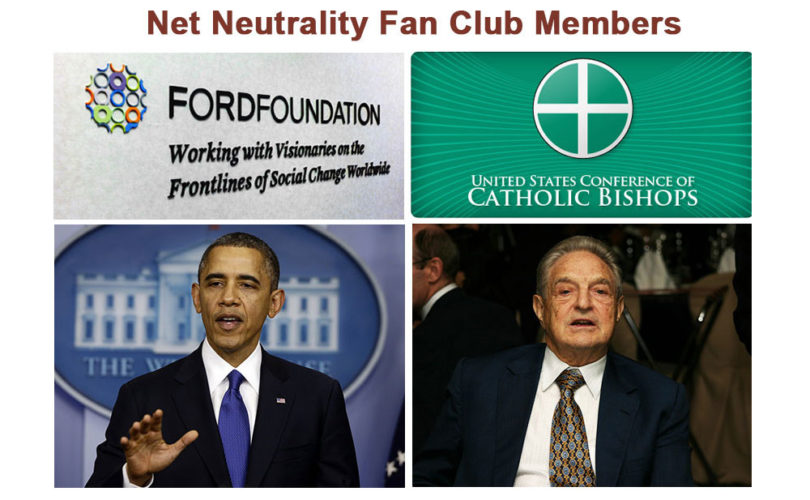 WASHINGTON, D.C., April 2, 2015 (LifeSiteNews.com) – A recent vote in Washington on a complicated issue portends sweeping ramifications for online news outlets and reporters nationwide – particularly those of faith, and those who cover life and family issues.

On February 26, 2015, the Federal Communications Commission voted 3-2 in favor of “net neutrality” – a new set of rules to treat Internet service providers as public utilities.  The vote has generated much buzz, with supporters hailing the government's devotion to an “open Internet” and detractors warning against the ramifications of a federal takeover of one of the few more or less unregulated modes of expression remaining in the United States.

What is net neutrality, and what prompted it?  João-Pierre S. Ruth at TheStreet summarizes the issue, and advocates' fears, as follows:

[Net neutrality rules] will prohibit Internet service providers from discriminating one set of traffic over another, or allowing for paid prioritization that would favor users able to pay for preferential treatment. The new regulations, argued [Federal Communications Commission chairman Tom] Wheeler, are necessary to prevent dominant broadband suppliers from abusing their ownership of broadband wires to maximize revenue and profits.

Paul Bedard at the Washington Examiner, on the other hand, explores some more pecuniary motives for the government's net-control push.  Quoting a report from MRC Business:

“These left-wing groups not only impacted the public debate and funded top liberal think tanks from the Center for American Progress to Free Press. They also have direct ties to the White House and regulatory agencies. At least five individuals from these groups have ascended to key positions at the White House and FCC,” said the report which included funding details to pro-net neutrality advocates.

It quoted critic Phil Kerpen, president of American Commitment, saying, “The biggest money in this debate is from the liberal foundations that lavish millions on self-styled grassroots groups pushing for more and more regulation and federal control.”

Among the organizations supporting net neutrality are the Open Society Foundation and the Ford Foundation, two entities well-known for funding extreme left-wing causes.  The former was founded by George Soros, notorious in political circles for funding liberal policy positions like open borders and the legalization of prostitution.  The latter has a history of anti-Semitic and anti-Catholic activity, and took on abortion corporation Planned Parenthood's CEO, Cecile Richards, as a board member in 2010.

Individuals in favor of net neutrality include Lawrence Lessig, founder of Mayday PAC and a political activist who has served on the boards of several technology-focused companies; Vint Cerf, called one of the inventors of the internet, now the “chief internet evangelist” for Google; and Steve Wozniak, a co-founder of Apple.  Silicon Valley contributed overwhelmingly to Barack Obama's 2012 presidential campaign, with Apple and Google at the front of the line.

The FCC is currently defending its new “strong, enforceable rules” for the internet in the U.S. Court of Appeals for the District of Columbia.  FCC chairman Tom Wheeler has expressed “great confidence” in legislative hearings that the FCC will prevail this time, after having failed twice before.

The United States Conference of Catholic Bishops, meanwhile, has joined George Soros and the Ford Foundation in supporting net neutrality.  On the day of the FCC vote, USCCB Communications Committee chairman Bishop John C. Wester released a statement praising “open internet,” “where neither the telephone or [sic] cable company providing access can tamper with access by consumers to any legal website or other web content.”

The USCCB emphasized the threat to religious liberty as one of its primary reasons for supporting net neutrality:

From the inception of the Internet until the mid-2000s, Internet service providers were not permitted to discriminate or tamper with what was said over those Internet connections. Today, the FCC restores this protection for speakers, protection particularly important to noncommercial religious speakers.

One must wonder if the federal government can be trusted more than companies like Comcast to fight for “noncommercial religious speakers” on the internet.   As early as last June, the Supreme Court, in a 5-4 ruling, forbade the Obama administration from forcing Christian-owned businesses, including a Bible publisher and the Little Sisters of the Poor, to dispense abortion-causing drugs to their customers.  Judges across the nation, including in the Supreme Court, have compelled bakers, photographers, venue hosts, and others to participate in same-sex commitment ceremonies portrayed as weddings.  These “religious speakers,” some of them “noncommercial,” have seen firsthand how the government operates when it comes to protecting freedom.

Even outside religious freedom concerns, critics have reason to worry about the federal government regulating the internet.  In June 2013, news broke of the PRISM scandal, in which the government was using the internal servers at companies like Google to spy on Americans.  Officially handing over control to the FCC could make such spying operations all the easier.

There is also the question of the government impartiality in general.  The Daily Caller reported last summer that one television station received an exemption to FCC rules in sync with a $12,000 donation by station executives to then-FCC overseer Rep. Henry Waxman (D-Calif.).

Ed Feulner, founder of the conservative think-tank The Heritage Foundation, blasted net neutrality in a recent op-ed: “There's a reason the words 'I'm from the government, and I'm here to help' are a punch line.”  He specified: “Consider how the Internet has changed our lives in the last few years alone.  Would that have been possible with bureaucrats in Washington empowered to oversee what service providers can and cannot do?  We'd be lucky to have even dial-up service today.”

The complicated issue of net neutrality might boil down to “pick your poison” – should gigantic, labyrinthine, profit-motivated internet service providers have the privilege of dispensing their services as they see fit?  Or should the gigantic, labyrinthine, profit-motivated, Obama-led federal government, encouraged by some very radical, if not dangerous, individuals and groups, in the name of fairness, seize those same services?

Dear Foolish and Gullible Americans, Net Neutrality is Not Your Friend – Matt Walsh

Am I The Only Techie Against Net Neutrality? – Forbes

I support Net neutrality, but that is not what the FCC just did – Michael Powell, CNET

Drew Belsky is American Thinker's deputy editor.  His work has appeared at The Hill, Townhall.com, The Daily Caller, Crisis Magazine, and elsewhere.