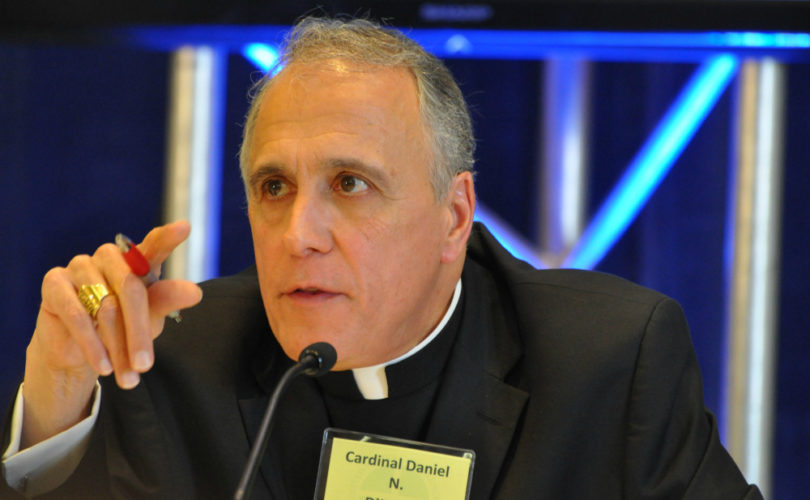 BALTIMORE, Maryland, November 13, 2017 (LifeSiteNews) – Cardinal Daniel DiNardo, President of the U.S. Conference of Catholic Bishops (USCCB), blasted abortion this morning while also lamenting the “divisions” in America over issues like immigration and healthcare.

“There are many challenges in the contemporary Church and society,” said DiNardo. “Our response must be civility and love. My friends, civility begins in the womb.”

“If we cannot come to love and protect innocent life from the moment God creates it, how can we properly care for each other as we come of age?” asked DiNardo. “Or when we come to old age?”

“Hospitals and healthcare workers deserve conscience protections so that they never have to participate in the taking of a human life,” DiNardo proclaimed. Another problem is that “even though there are alternatives to abortion, children yet to be born still lose their lives before they even have a chance.”

DiNardo also insisted that the bishops “must continue to proclaim that the poor have a right to good and affordable healthcare, which has still not been met.”

He mentioned the opioid epidemic and “the plague of drug abuse our country has been wrestling with for years.”

DiNardo said the U.S. bishops “join our Holy Father in declaring that a pro-life immigration policy is one that does not tear families apart; it protects families.”

The U.S. immigration system is “broken,” said DiNardo and even though “comprehensive reform is needed…fear tempts us with false choices.”

“Providing for the common defense and the general welfare is a basic responsibility of government,” he continued. “We have a moral responsibility to improve border security in a humane way.”

“The time is long past due to end the madness of outrageous weapons – be they stockpiled on a continent or in a hotel room,” he said to applause. It’s important to show the virtues of faith, hope, and love “especially in light of the violence from what is a growing list of mass shootings in our schools, offices, churches, and places of recreation.”

Apostolic Nuncio Archbishop Christophe Pierre, the pope’s representative in the U.S., praised the bishops for their defense of human life and also their defense of the whole “human person” as related to the defense of “migrants and refugees.”

Pierre and DiNardo both said that racism is a growing problem in America to which the bishops must respond.

Some people “take pride in this grave sin” of racism, said DiNardo. “Sometimes it is shocking and violent, such as in Charlottesville; more often it is subtle and systematic.”

“A bold national dialogue on racism is needed,” he said.

Pierre blasted castigated the “dictatorship of relativism,” one of Pope Benedict’s signature phrases, which the nuncio said makes it hard to live as a Christian in today’s world.

Humanae Vitae expressed the Church’s “prophetic, positive vision of love and life” and also gave a “sober warning of where we were heading if we choose a different path,” said Dolan.

There’s “no question” the late pope’s predictions about what the breakdown of morality thanks to the embracing of contraception and the “contraceptive mentality” have come true, said Dolan.

This includes the “general demeaning of women” that comes from men using women as objects rather than loving them, he said.