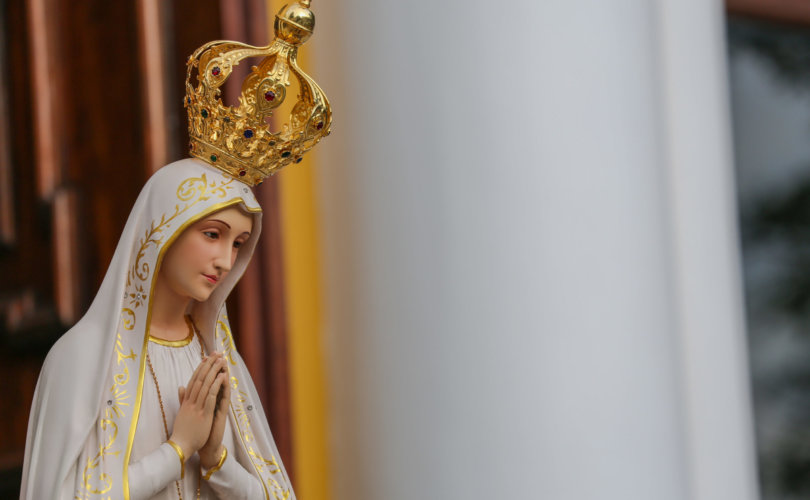 WASHINGTON, D.C. (LifeSiteNews) – After the news of the leaked draft opinion which could overturn Roe v. Wade and riots and violence by abortion activists across the country, the U.S. Conference of Catholic Bishops (USCCB) has called for May 13 to be a day of prayer and fasting.

The 13th of this month is the Feast of Our Lady of Fatima, marking the anniversary of the apparition of Our Lady to three shepherd children in the small village of Fatima in Portugal in 1917. Accordingly, the USCCB has called for it to be a day of prayer and fasting to end abortion.

“In response to the leak of a draft opinion in the U.S. Supreme Court case of Dobbs v. Jackson Women’s Health Organization, some abortion advocates are calling for nationwide demonstrations, disruptions of church services, and the personal intimidation of specific Supreme Court justices,” the statement reads, published by the USCCB Public Affairs Office.

Since the leak of the Supreme Court’s draft opinion, abortion activists have become violent in their protests and have particularly targeted Catholic churches. This past Sunday, on Mother’s Day, abortion protestors desecrated churches and in one case stole the tabernacle.

In light of this, Archbishop José H. Gomez of Los Angeles, president of the USCCB, and Archbishop William E. Lori of Baltimore, chairman of the USCCB’s Committee on Pro-Life Activities, have encouraged the faithful to participate in prayer and fasting on May 13.

“In the midst of current tensions,” the bishops appealed, “we invite Catholics around the country to join us in fasting and praying the Rosary on Friday, May 13, the Memorial of Our Lady of Fatima. Let us offer our prayers and fasting for these intentions:

Catholics across the country are using the Rosary as a spiritual weapon to combat the evils of abortion and the abortion industry. Now, the USCCB are calling on all Catholics to unite in the battle against the culture of death.