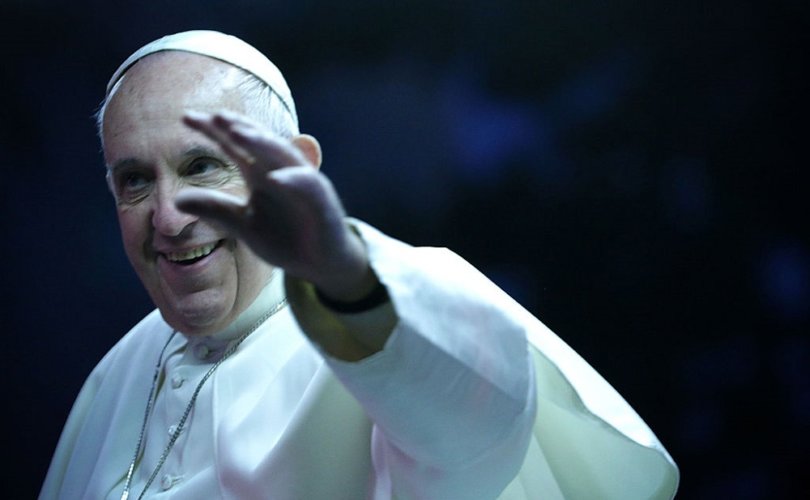 WASHINGTON, D.C., August 5, 2020 (LifeSiteNews) — The domestic anti-poverty program of the U.S. Conference of Catholic Bishops (USCCB) has announced that it will spend $500,000 to “overcome the impacts” and “address the root causes” of climate change in order to help the nation’s poor.

Bishop David G. O’Connell, auxiliary bishop of Los Angeles and chairman of The Catholic Campaign for Human Development (CCHD) subcommittee, hailed the move as an “effort to put Laudato Si’ in action.”

“The adverse effects of climate change devastate poor communities around the country and with this project, CCHD and DART will seek to live out the call of Pope Francis to respond to ‘the cry of the earth and the cry of the poor,’” he said. Laudato Si’ is the pope’s 2015 encyclical on the environment for which critics accused the pope of throwing the weight of the Catholic Church behind the globalist environmental agenda.

Catholic commentators are calling the move a “farcical” waste of money, dismissing it as “nothing more than globalist gibberish pandering to the new world order elites.”

One such commentator suggested to LifeSiteNews that the bishops had done nothing more than given a network of “Saul Alinsky groups” half a million dollars at a time when such groups are calling for violence and outright revolution as they push for the defunding of police departments.”

The plan, which aims to promote justice and economic development, was devised by the Catholic Campaign for Human Development and will grant the money over the next five years to the Direct Action & Research Training Center (DART) “to empower poor and low-income persons in the southeastern U.S.”

Officially approved on June 9, the planned action of the CCHD — the domestic anti-poverty program of the USCCB — comes six months after the bishops’ last gathering in November, where the apostolic nuncio to the United States told the American bishops to get in line with the Holy Father and demonstrate that they are taking steps to hand on the “Magisterium of Pope Francis” to their flock.

“The pastoral thrust of this pontificate must reach the American people,” Archbishop Christophe Pierre told attendees at the opening of the USCCB fall 2019 general assembly.

Pierre exhorted the American bishops to make “greater efforts” to have the pope’s environmental message in Laudato Si’, already well received by young people, “reach the hearts of political and civil leaders.”

The papal nuncio explained to the bishops — who at the time were preparing for their ad limina visits with the pope — that “it may be useful to prayerfully reflect on our communion with the Bishop of Rome … namely by measuring to what extent we and our local churches have received the Magisterium of Pope Francis.”

In 2017, the head of the Vatican’s Pontifical Academy of Sciences inferred that denial of the controversial concept of manmade climate change equates to a flat Earth mentality.

“From the scientific point of view, the sentence that the earth is warmed by human activity is as true as the sentence: The earth is round!” said Archbishop Marcelo Sánchez Sorondo, a close advisor to the pope.

Deal Wyatt Hudson, former publisher and editor of Crisis Magazine and InsideCatholic.com, suggested in 2016 that Pope Francis’s Laudato Si’ has provided the Catholic left in the U.S. with “the perfect cover, at least in ecclesial circles.”

“Globalist gibberish and pandering to the new world order elites”

“This is nothing more than globalist gibberish and pandering to the new world order elites,” said Elizabeth Yore, an international child advocate attorney whose legal career spans a wide range of legal issues relating to the exploitation of children.

“Ask the poor what is the impact of climate change on their lives! They would scoff in your face,” Yore told LifeSiteNews. “The poor in this country are concerned about feeding their children, keeping the communities free from violence, finding decent safe schools to educate their children, and finding job opportunities that will lift them out of poverty.”

“None of these pressing concerns are the result of fictional climate change,” declared Yore. “If the USCCB was truly concerned about ‘the poor’ they would be opening more Catholic Schools in the inner city, not closing them at a record pace. Catholics aren’t fooled by the tree hugging Gaia inspired theology and insipid green socialism propaganda in Laudato Si.”

“Mother Teresa would be scandalized by the USCCB’s decision”

“Low-income families in squalid communities don't need an investigation of their environment,” said Kevin Wells, author of the acclaimed book The Priests We Need , who serves as director of public relations at World Villages for Children.

“What they beg for, wittingly or not, is clergy who walk into their family room to break open a Mass kit, or at the very least to bring hope, sweat-equity fellowship, and temporal sustenance,” Wells told LifeSiteNews. “This is clergy that understands the burden of its identity, to meet others at the point of their cross.”

“Throwing a half-million dollars at a start-up to study environmental changes is farcical — St. Vincent de Paul, Venerable Aloysius Schwartz, and Mother Teresa would be scandalized by this decision of the USCCB,” he added.

“There are many things wrong with the Catholic Church funding an organization like DART. To begin with, DART was the creation of a heretical, socialist, pro-abortion and pro-LGBT sect called the United Church of Christ,” said Michael Hichborn, founder and president of the Lepanto Institute. “But the more serious problem with DART is that — as with Gamaliel, IAF and PICO — DART was founded upon the model of Saul Alinsky’s ideals for community organizing, which is 100% incompatible with Catholic teaching,”

“Alinsky’s ideas for community organizing, which are perpetuated by organizations under his progeny (including DART), include the ends justifying the means, moral relativism, a rejection of dogmatic principles, and a desire to institute a perpetual mechanism for social agitation for the sake of societal change in the model of socialist ideologies,” said Hichborn. “In other words, these groups exist for the soul purpose of agitating the passions of local people so that they can act as a catalyst for revolutionary change.”

“The primary mission of the Church is to draw souls to Christ, not to create political and social agitation for political and social change,” continued Hichborn. “That the Catholic Bishops would give a network of Alinsky’s groups half-a-million dollars … at a time when such groups are calling for violence and outright revolution as they push for the defunding of police departments … reveals their disdain for America and their hatred for souls.”

“Those bishops who actively agree with this grant are malicious,” he added. “Those who know why these groups should not receive such grant money have an obligation to speak out against it, refusing further participation in the CCHD altogether.”

Criticism notwithstanding, Bishop David G. O’Connell, auxiliary bishop of Los Angeles and chairman of the CCHD subcommittee, said, “We are pleased to support this strategic national effort to put Laudato Si’ in action.”

“The adverse effects of climate change devastate poor communities around the country and with this project, CCHD and DART will seek to live out the call of Pope Francis to respond to ‘the cry of the earth and the cry of the poor,’” added the CCHD head.