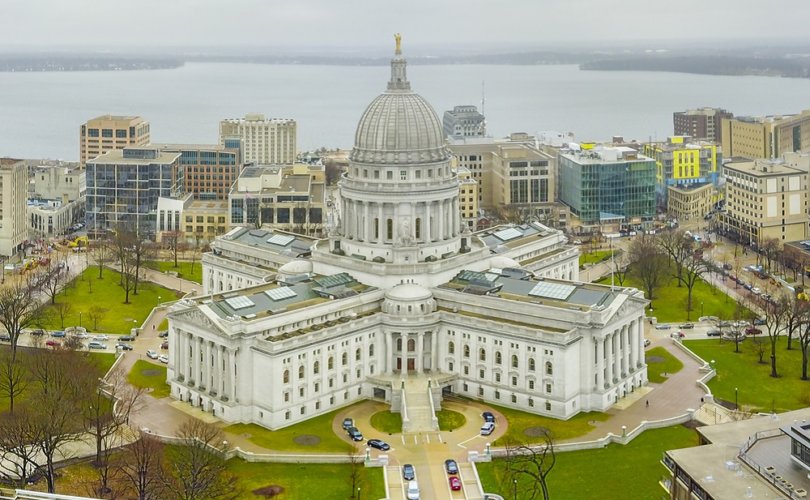 MADISON, Wisconsin, June 4, 2020 (LifeSiteNews) ― The Catholic Diocese of Madison has warned civil authorities that it is prepared to take them to court if their discriminatory reopening protocols do not change immediately that allow large numbers to attend shopping centers, restaurants, and bars but not churches.

Mayor Rhodes-Conway has also stated that there will be no government restrictions on public protests.

“This treats religious interests unequally and unfairly,” stated law firm Sidney Austin, noting that “hundreds or even thousands” of people could gather for non-religious activities together if the venue were big enough.

“But in no event, not even in the largest synagogue, mosque, church, or temple, and no matter how carefully spaced or protected, shall more than 50 people gather for worship,” the firm continued.

In the case of large churches, the 50-person cap would mean the building is operating at only 5 percent of capacity.

The letter pointed out that the Diocese of Madison had voluntarily suspended public Masses on March 16, even though civil authorities were still allowing religious services for congregations of up to 50 people. Meanwhile, Catholics’ religious convictions had inspired them to help those “most vulnerable to COVID-19 — from comforting those in their dying moments, to hosting drive-through food drives throughout Dane County, to caring for over a hundred uninsured Madisonians each month at Our Lady of Hope Clinic.”

Two earlier reopening plans had not mentioned a 50-person cap on Mass attendance, so the Diocese of Madison had developed “rigorous protocols” for celebrating Masses at 25 percent of capacity, involving social distancing and hygiene rules informed by guidance from public health authorities.

“Now that you have determined that circumstances allow the partial reopening of almost every Dane County business and other activity with appropriate safeguards, there is no valid, nondiscriminatory reason to maintain far stricter restrictions on houses of worship,” the letter stated.

In a press release, the Becket Fund for Religious Liberty, which is also representing the diocese, revealed that civil authorities have been threatening to spy on and fine Catholic churches to ensure their compliance.

“Since May 22, the Madison/Dane County Health Department has multiple times called and visited diocesan officials and parishes to inform them that surveillance teams would be sent to churches and fines of up to $1,000 would be imposed for every instance in which more than 50 people were gathered for Mass,” stated the press release.

“Madison and Dane County think mass protests, movies and malls are just fine, but churches have to be put under surveillance to make sure not too many people go,” said Eric Rassbach, vice president and senior counsel at Becket.

“If it’s safe enough for thousands to shop together at malls, and to sit in a theatre for a two-hour film, it’s safe enough to spend 45 minutes safely socially distanced in worship. Madison and Dane County should end their unequal treatment of religious people.”

Bishop Donald Hying, 56, of Madison stated that the community is “crying out” for spiritual healing and that the 50-person cap is preventing it.

“Our Diocese has been, and remains, committed to promoting and protecting the health and safety of our fellow Madisonians, but the county and city have wrongly subordinated the spiritual needs of the community to the operations of non-essential businesses.”

Through its legal representatives, the Diocese of Madison indicated that it “has no particular interest in litigation or a protracted dispute” but that the Catholic Church is “legally and morally entitled” to equal treatment. It stated that it hoped for a resolution by Friday, June 5, so that “churches may prepare appropriately for upcoming weekend Masses.”

Legal challenges to state discrimination against public religious worship have already been brought in California, Illinois, and Minnesota. Last week, the U.S. Supreme Court ruled that California’s restrictions on houses of worship “appear consistent with the Free Exercise Clause of the First Amendment.” Chief Justice John Roberts, a George W. Bush appointee, cast the deciding vote in that decision, arguing that in California, “comparable secular gatherings, including lectures, concerts, movie showings, spectator sports, and theatrical performances, where large groups of people gather in close proximity for extended periods of time,” are faced with “[s]imilar or more severe restrictions.”