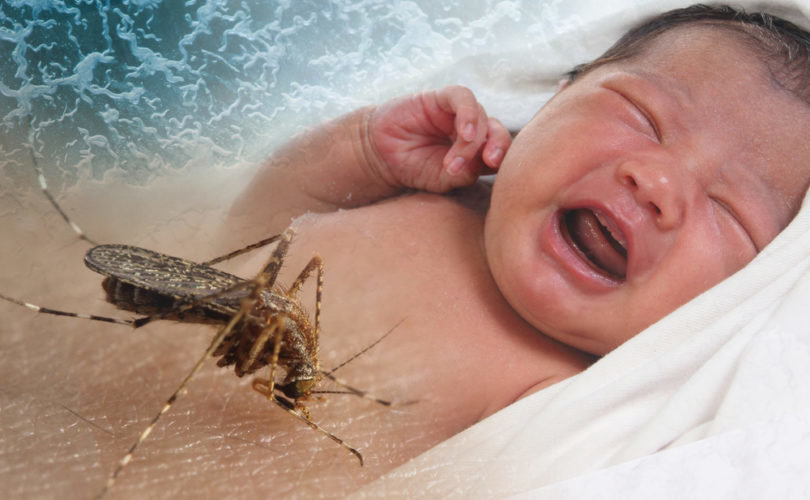 “Abortion is not the answer to the Zika virus,” tweeted several congressmen.

Over 50 congressmen signed a letter chastising Zeid for ignoring human rights treaties – which his office is tasked with safeguarding – and misrepresenting international agreements on women’s rights.

The congressmen are “inspired by the beauty and preciousness of all life.” The Zika outbreak “should not be an occasion to exploit a genuine public health crisis to advance a political agenda to overturn laws of many nations protective of life at all stages of development.”

They urged Zeid “to make clear that you and the U.N. High Commission on Human Rights are not calling for changes to laws protecting the human rights of unborn children, and particularly unborn children with disabilities in countries affected by the Zika virus.”

Zeid heads up the Office of the High Commissioner on Human Rights (OHCHR). Its new deputy high commissioner Kate Gilmore has a track record of alienating people by aggressively promoting abortion. Within weeks of her arrival, UN diplomats rebuked OHCHR for demanding countries respond to Zika by legalizing abortion.

Zeid’s press release on Feb. 5 told officials their public health response must conform with “their human rights obligations.” Efforts to halt “this crisis” are stymied when “sexual and reproductive health services are criminalized, or simply unavailable.” Most Latin American countries outlaw abortion.

“As to your alleged international standards on ‘reproductive health,’ no United Nations treaty recognizes a right to abortion,” they told Zeid. Numerous countries have “expressed strong and consistent objections to including abortion under the aegis of reproductive health services.”

“Any insinuation that there is an undebatable and global consensus that abortion is a valid reproductive health procedure is patently untrue and insensitive,” they stated.

The Zika virus recently appeared in Latin American countries. It can cause flu-like symptoms for 3 – 7 days.

One region in one country, Brazil, has experienced an upsurge in microcephaly. A link between Zika and microcephaly has not been confirmed.

Colombia, with the second largest number of cases of Zika after Brazil, now doubts their original estimate of how many cases of birth defects to expect since “we haven’t found a single case of microcephaly,” said Colombia’s health minister.

Yet fear is spreading faster than the virus.

Dr. Orlando Villamizar in Colombia told NPR that pregnant women who have Zika are terrified. “They’re saying to me, terminate my pregnancy, because I don’t want to have a baby with microcephaly.”

“I can’t say for sure that any of their babies will actually get microcephaly. We could be terminating a pregnancy that is healthy,” he said.

“Pending the High Commissioner’s response,” Rep. Farenthold told the Friday Fax, “we may want to look into” the U.S. funding of the OHCHR.

At a congressional hearing on the U.S. response to Zika, officials confirmed that U.S. aid does not pay for abortion.

“We must devise ways that any child born with this disease is met with love,” said Rep. Chris Smith.