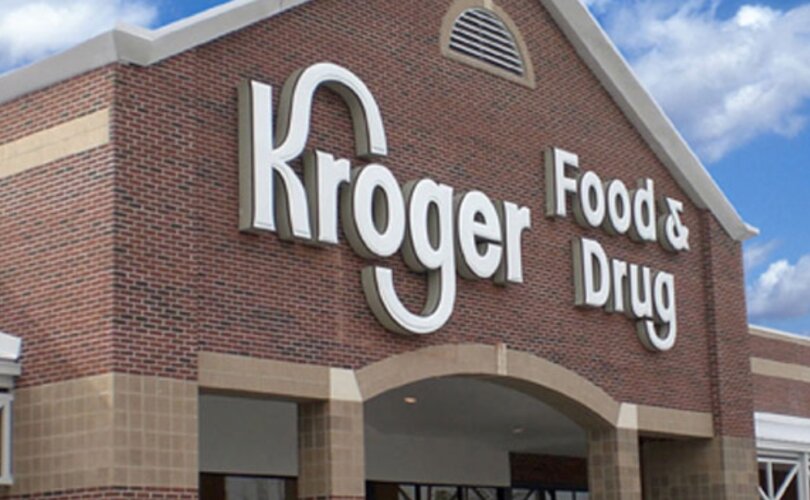 (LifeSiteNews) — A court has awarded $180,000 to ex-employees fired for refusing to wear aprons they thought promoted the LGBT agenda.

Brenda Lawson and Trudy Rickerd, who both worked at a Kroger grocery store in Conway, Arkansas, won a lawsuit at the end of October, concluding a 2-year religious discrimination case. The court ruled that an attempt to force them to wear uniforms that they believed promoted LGBT lifestyles  violated the women’s civil rights. The lawsuit was filed by the U.S. Equal Employment Opportunity Commission (EEOC) on behalf of the employees.

“The parties decided to resolve the case with a consent decree to avoid additional costs and uncertainties of future litigation,” the EEOC wrote in an October 27 press release. “As part of the settlement, Kroger Limited Partnership I has agreed to create a religious accommodation policy and provide enhanced religious discrimination training to store management.”

The statement explains that Lawson and Rickerd were “disciplined and ultimately fired” after “refusing to wear an apron with the company’s ‘Our Promise’ symbol because they believed it represented support for the LGBTQ+ community.”

The damages to be paid by the company are a fulfilment of the suit’s efforts to obtain “monetary relief in the form of back pay and compensatory damages” for the former employees.

The lawsuit was filed following an attempt to “reach a voluntary pre-litigation settlement.” According to another press release from September 2020, the store had “implemented a new dress code, which included an apron depicting a rainbow-colored heart emblem on the bib of the apron.”

Lawson and Rickerd had worked for the company for 8 and 13 years, respectively, and were fired within days of each other in 2019. EEOC’s lawsuit argued that Kroger had violated the 1964 Civil Rights Act, which prohibits discrimination based on religious beliefs.

Around the same time, the EEOC also sued the Frito-Lay company for religious discrimination against a man who was fired for not reporting to work on Saturdays, despite informing his employer that working on those days violated his beliefs as a Seventh-day Adventist.

Although the organization denied that the colorful heart on employee aprons was a Pride rainbow, Kroger has proudly announced that the company was named “one of the best places to work for LGBTQ equality” for three consecutive years, beginning in 2019. A press release from March 2019 states that The Kroger Co. “earned a perfect score on the 2019 Corporate Equality Index, the Human Rights Campaign Foundation’s national benchmarking tool for corporate policies and practices supporting lesbian, gay, bisexual, transgender and queer employees.”

The company released similar statements in 2020 and 2021 after receiving the same recognition. Some of the “inclusion highlights” are offering “same-sex partner benefits and transgender-inclusive health care” as well as the company partnering with the National Gay and Lesbian Chamber of Commerce “to create and enhance relationships with LGBTQ suppliers.”

Kroger changed its rules to allow same sex couples to qualify for joint health plans after an employee filed an employment discrimination suit.

The Cincinnati Enquirer also reported that, beginning in 2016, eligible employees and their dependents could receive up to $100,000 to cover “gender affirming” medical “care,” including drugs and surgeries.