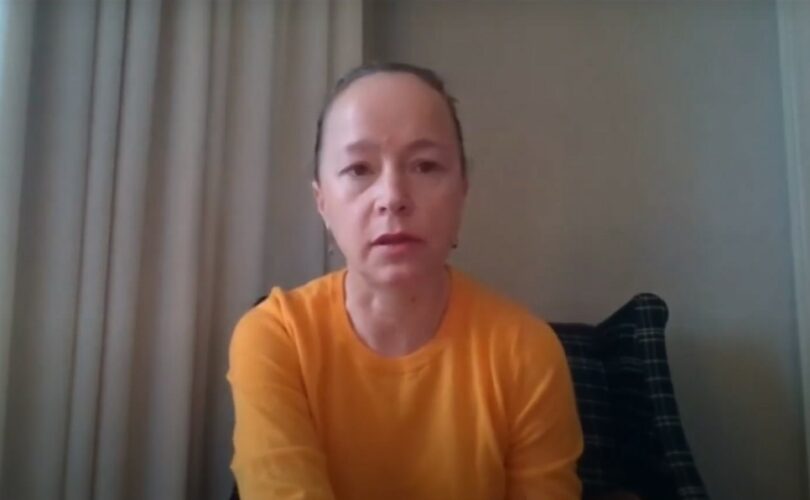 (LifeSiteNews) — The U.S. government and in particular the Department of Defense (DOD) fully sponsored and controlled the COVID-19 gene-based vaccine program from the start, avoiding nearly all regulations applicable to medical and pharmaceutical products while orchestrating a deceptive public relations campaign to convince the population that customary testing and production safeguards were firmly in place.

According to an analysis of documents obtained through the Freedom of Information Act (FOIA), conducted by retired pharmaceutical industry executive Alexandra Latypova, the DOD utilized multiple legal maneuvers to establish injectables that avoided nearly all applicable regulations while ensuring the process of their production and their contents would be untraceable.

In an email correspondence with LifeSiteNews, Latypova explained that when President Donald Trump declared a Public Health Emergency (PHE) under the authority of the Stafford Act, this meant that “medical countermeasures” would not be “regulated or safeguarded as normal pharmaceutical products (21 USC 360bbb-3(k).”

As LifeSite has previously reported, the DOD was chief operating officer of the entire project, which means they directed, managed, and oversaw the development, manufacture and distribution of all COVID-related countermeasures utilizing an established network of military contractors.

Avoiding nearly all relevant legal and transparency requirements, the DOD, along with the Biomedical Advanced Research and Development Authority (BARDA) and the Department of Health and Human Services (HHS), contracted for these COVID countermeasures, including “vaccines” as mere “prototype demonstrations” of “large-scale manufacturing,” utilizing “Other Transaction Authority” (OTA) contracts.

“‘Other’ is a catchall category that is not a contract, not a research grant, not a procurement, etc.: not any normally regulated/accountable government contracting,” she explained.

And by designating the products as only “prototypes” and “demonstrations,” the government agencies provided additional legal protections to vendors by specifically ordering a mere “fake theatrical performance from the pharmaceutical manufacturers,” she said.  Furthermore, “the contracts include the removal of all liability for the manufacturers and any contractors along the supply and distribution chain under the 2005 PREP Act and related federal legislation.”

Thus, the COVID “countermeasure” “vaccines,” used under Emergency Use Authorization (EUA) during PHE were not required to comply with U.S. law governing manufacturing quality, testing, effectiveness, safety, and labeling.

Yet at the same time, the government advanced an orchestrated public relations façade that standard testing, monitoring and approval processes were being strictly observed by the CDC and FDA, even as many thousands of injuries and deaths were rapidly documented and independent medical experts and media sounded alarms only to be canceled my legacy and social media corporations.

“The implication is that the U.S. Government authorized and funded the deployment of noncompliant biological materials on Americans without clarifying their ‘prototype’ legal status, making the materials not subject to normal regulatory oversight, all while maintaining a fraudulent pseudo- ‘regulatory’ presentation to the public,” Latypova summarized to Armed Forces Press.

‘Not possible to verify the contents of the vials,’ ‘product wide open to adulteration’

In January 2022, Latypova was among independent researchers who discovered enormous variability among “batches” or “lots” of these biological injections marketed as “COVID vaccines.”  While 70% to 80% of these batches had shown just one or two reported serious adverse reactions on public reporting websites such as VAERS, 4% to 5% revealed thousands of injuries indicating that “severe non-compliance” with standard Good Manufacturing Practice (GMP) laws was clearly indicated “and must be investigated.”

GMP laws include expectations that every new lot/batch [of a product] is “almost the same” as all previous lots, the former executive clarified in an earlier presentation. And quoting the specific regulation, she continued, “‘The failure to comply (with these practices) … shall render such drug to be adulterated,’ and that is a pretty significant crime to sell adulterated products.”

Having investigated further, Latypova discovered that such “prototypes” under EUA during a PHE need not comply with nearly all such GMP laws or others regarding safety, testing and labeling. As a result, she told LifeSite that “we have a chaotic mess of everything from sham injections that may be mostly just saline all the way to extremely dangerous/deadly shots, all of which are being distributed under the same product brands and labels.”

Furthermore, the U.S. government owns the product through each step of its production “until it is injected into a person,” which means any American who obtains the vials in order to study the contents can be prosecuted for stealing government property and it remains a contractual violation for governments outside the U.S. to test these products.

“So, there is no tracing of any of the ingredients, their real origin, etc. and the product is wide open to adulteration (accidental or intentional) and falsification,” she wrote.

Therefore, “if the U.S. Government wanted to insert anything that has been on the shelves and unused from the strategic stockpile of biological agents, they can do that and [there is] no way to check. Or any foreign governments can do this in their countries,” she said. “The possibilities are endless.”

As early as January 2021, medical experts began sounding the alarm about these “experimental biological agents” marketed as “COVID vaccines” and “the serious and life-threatening disinformation campaign” being waged against the American people and the world in their regard.

Operating from an apparent presumption that that these biological agents were subject to FDA regulations, dozens of other experts from 17 countries, issued a paper in May 2021 with “(u)rgent questions on vaccine safety that demand answers from international health agencies, regulatory authorities, governments and vaccine developers.”

Seeing no evidence of Data Safety Monitoring Boards (DSMB) or External Advisory Committees (EAC) in place to monitor the trial of these products — as would be standard for New Drug regulatory frameworks — the authors wrote that the “vaccination [drive] should be halted immediately.”

In an October 2021 presentation, Dr. Peter McCullough explained that by January 22, 2021, there were already 182 registered deaths from the shots in the U.S. when only 27 million people had been injected at that time.

“The expected number of deaths, [from] all vaccines combined, [is] 158 per year [from approximately] 287 million shots per year,” the eminent epidemiologist explained. “If we had a data safety monitoring board, this program would have been shut down in February for excess mortality.”

And there remains plenty of evidence that these numbers are just the “tip of the iceberg” considering a 2010 Harvard-executed study contracted by HHS found that “fewer than 1% of vaccine adverse events are reported” in VAERS.

In May 2022, a group of 17,000 medical professionals led by Dr. Robert Malone called for an end to COVID “genetic therapy injections,” funding and research for vaccine injuries, and accountability for “crimes against humanity.”

Latypova concludes by affirming that the “COVID-19 vaccines” operation is a military project run by the National Security Council rather than HHS, and thus regulatory laws and standards for pharmaceuticals could not be enforced by the FDA, which was well known by all the various government agencies, Pfizer, Moderna and the other pharma companies who nonetheless maintained a façade of regulatory process.

Further, considering “mRNA technology has always been designated dual-use, a category of bioweapons,” the former pharmaceutical executive asserted these products “are biowarfare agents, legally not medicines, not pharmaceuticals, and not regulated as such,” which means “our own government and DOD engaged in [the] mass genocide of Americans.”

Dr. McCullough: NFL player’s cardiac arrest may have been caused by ‘vaccine-induced myocarditis’