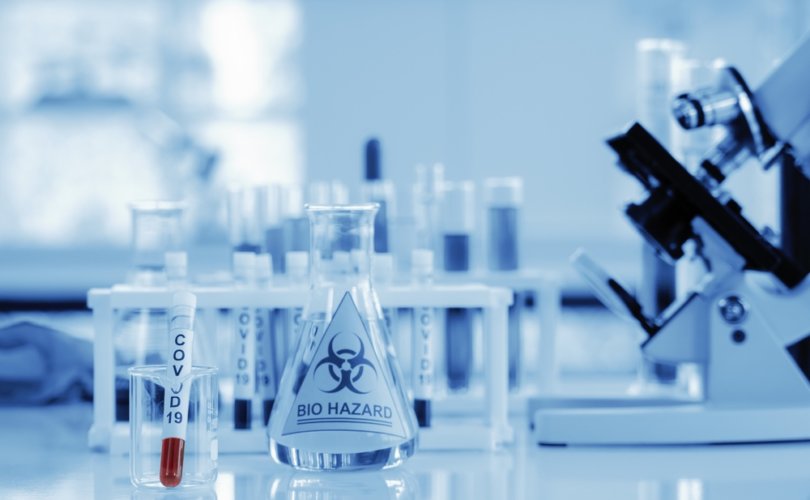 WASHINGTON D.C, January 18, 2021 (LifeSiteNews) – The U.S. Department of State has issued a memo, highlighting suspicious activities in connection with the origin of COVID-19, pointing to the “[s]ecrecy and non-disclosure” which are “standard practice” for the Chinese government.

In a “Fact Sheet” posted online on Friday, the Department of State (DOS) presented three distinct elements about the origin of the virus, which “deserve greater scrutiny.” The DOS noted that the “Chinese Communist Party (CCP) has systematically prevented a transparent and thorough investigation of the COVID-19 pandemic’s origin, choosing instead to devote enormous resources to deceit and disinformation.”

“Transparency” was necessary in order to prevent another pandemic, the DOS warned, adding that the U.S. government does not know “exactly where, when, or how the COVID-19 virus…was transmitted initially to humans.”

Whilst COVID could have had natural origins, emerging “naturally from human contact with infected animals,” the DOS also stated that it could be due to a “laboratory accident” which could “resemble” natural transmission: “Alternatively, a laboratory accident could resemble a natural outbreak if the initial exposure included only a few individuals and was compounded by asymptomatic infection.”

In fact, the DOS goes further by saying that Chinese scientists have been conducting research into coronaviruses “under conditions that increased the risk for accidental and potentially unwitting exposure.”

“The CCP’s deadly obsession with secrecy and control comes at the expense of public health in China and around the world,” the DOS warned.

The first of the three issues needing further investigation, was the outbreak of illness inside the Wuhan Institute of Virology (WIV). The DOS revealed it had “reason to believe”, that “several researchers inside the WIV became sick in autumn 2019, before the first identified case of the outbreak, with symptoms consistent with both COVID-19 and common seasonal illnesses.” The document also referred to previous occasions on which lab-based infections caused “several previous virus outbreaks,” including the “2004 SARS outbreak in Beijing.”

Additionally, the DOS noted that researchers in the WIV had been preforming experiments on “RaTG13, the bat coronavirus identified by the WIV in January 2020 as its closest sample to SARS-CoV-2 (96.2% similar)” since at least “2016.” The laboratory also “has a published record of conducting ‘gain-of-function’ research to engineer chimeric viruses.” Such research, gain-of-function research, is a kind which “improves the ability of a pathogen to cause disease.”

Following the 2003 SARS outbreak, the WIV became a “focal point for international coronavirus research,” and has not been “transparent or consistent” about its study of viruses which are “most similar” to COVID-19. “RaTG13,” is included amongst those studies which the WIV was reticent about revealing.

But in addition to this, the DOS calls attention to what it describes as “[s]ecret military activity at the WIV,” explaining that “[s]ecrecy and non-disclosure are standard practice for Beijing.” Despite the WIV being a civilian, non-military institution, the DOS writes that the U.S. “has determined that the WIV has collaborated on publications and secret projects with China’s military,” along with “classified research, including laboratory animal experiments.”

This has been performed on behalf of the “Chinese military since at least 2017.”

The DOS says that the information that it has reveals serves to merely “scratch the surface” regarding the origins of the virus. In order for there to be a “credible investigation” into its origin, the DOS says that there should be “complete, transparent access to the research labs in Wuhan, including their facilities, samples, personnel, and records.”

— Article continues below Petition —
PETITION: No to government and corporate penalties for refusing COVID-19 vaccine
Show Petition Text
103114 have signed the petition.
Let's get to 125000!
Thank you for signing this petition!
Add your signature:
Show Petition Text

The information revealed by the DOS is not without precedent, as Population Research Institute head and China expert Steve Mosher has been writing on the topic since last spring. Already in April 2020, Mosher pointed to a paper which linked the origins of COVID to bat research undertaken in the WIV.

Mosher also noted how the “bat coronavirus now known as RaTG-13” was being used for gain-of-function research, after being isolated in 2013. After an inevitable accident occurred in the fall of 2019, the WIV finally registered the virus it had created “under the name of RaTG-13,” but added “a few intentional mis-codings. That way they could plausibly deny that their virus was the ‘backbone’ of the SARS-CoV-2 virus.”

Such intentional, small alterations, would account for the DOS noting that RaTG-13 has a 96.2% similarity to COVID-19.

“The truth is that the Wuhan Institute of Virology had everything to do with it [COVID-19],” Mosher concludes.

His words are also supported by Dr. Li-Meng Yan, a Chinese whistle-blower virologist who fled to the U.S in April 2020. Yan declared that the Chinese government had “intentionally” released the virus, and that it was man-made. “This is created in the lab, this is from, technically owned by China military and also it is spread to the world to make such damage,” Yan said.

“Chinese military discovered and owned the very unique bat coronavirus which cannot affect people, but after the modification becomes the very harmful virus as now,” she continued.

As to how the virus might have escaped from the “high containment” Wuhan lab, Yan said, “It was not an accident. No one in the lab got sick or died. There are always two people in the lab. No live virus would be able to escape.”

The DOS news release comes as investigators from the World Health Organization (WHO) arrived in Wuhan, to investigate the origins of the virus, and Secretary of State Mike Pompeo announced that the DOS had released the information in order to “assist the vital work” of the WHO.

Pompeo noted that COVID-19 was “avoidable” and that a “responsible country would have invited world health investigators to Wuhan within days of an outbreak.” On the contrary, he re-iterated how China had “refused offers of help…punished brave Chinese doctors, scientists, and journalists who tried to alert the world to the dangers of the virus. Beijing continues today to withhold vital information that scientists need to protect the world from this deadly virus, and the next one.”

However, Mosher has previously warned that the WHO is subservient to China, and that the WHO head Dr. Tedros Ghebreyesus is “parroting exactly what the Chinese Communist Party propaganda told him when he was in China.”

In a Twitter post published today, Mosher points out that one of the 10 members of the WHO team sent to Wuhan, was in fact the president of an organization funding research in the WIV into genetically engineered coronaviruses.

So you send the head of EcoHealth Alliance, which was funding the Wuhan lab research on coronaviruses, to investigate the “origins of the coronavirus, SARS-COV-2.”
What's wrong with this picture? https://t.co/DBKFWusCSY