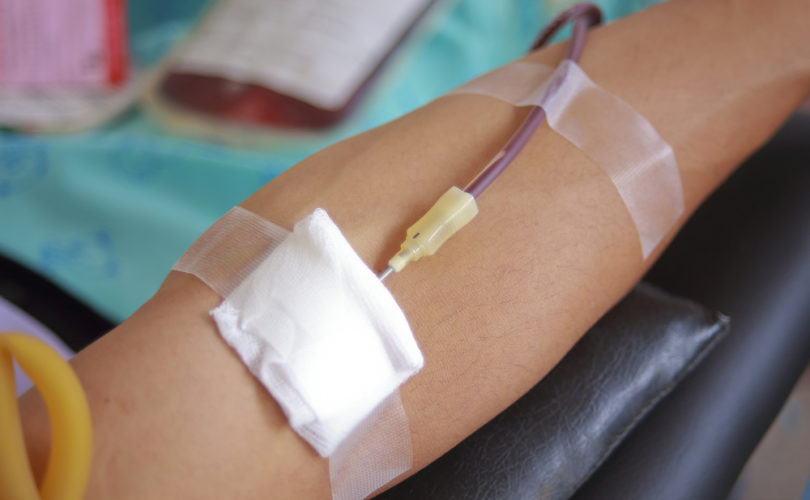 The Food and Drug Administration (FDA) announced Thursday that homosexual and bisexual men can donate blood three months after having sex with other men, rather than the 12 months deferral period previously required.

The FDA, an agency within the U.S. Department of Health and Human Services, cited an “urgent and immediate need for blood and blood components” as the reason for the policy change, which is effective immediately.

The federal agency stated it had “concluded that current policies regarding certain donor eligibility criteria can be modified without compromising the safety of the blood supply.”

Among the changes to the FDA’s policy in Thursday’s announcement are:

The new recommendations will remain in place after the pandemic ends, the FDA said.

The announcement came after a “long-running campaign by LGBT+ rights groups and some U.S. lawmakers for parity with heterosexuals regarding blood donations,” Reuters added.

“LGBTQ Americans can hold their heads up today and know that our voices will always triumph over discrimination,” Sarah Kate Ellis, the president and chief executive of GLAAD, as quoted in The New York Times.

“This is a victory for all of us who spoke out against the discriminatory ban on gay and bisexual men donating blood.”

In 1983, under then-President Ronald Reagan and at the height of the AIDS crisis, the FDA banned homosexuals from donating blood in order to protect people needing blood transfusions. That policy helped reduce HIV transmission rates from blood transfusions from 1 in 2,500 to 1 in 1.47 million.

In May 2015, the FDA, under former President Barack Obama, proposed lifting the ban, and asked for public comment.  Most of the 700 comments received urged the government to keep the ban, LifeSiteNews reported at that time.

Peter LaBarbera, the president of Americans for Truth, told LifeSiteNews then that there are “several highly disturbing aspects to this politically-motivated change in the United States’ blood donation policy. First of all, homosexual activists frame this entire issue in terms of so-called ‘anti-gay discrimination’ and equality instead of prioritizing above all the safety of the American blood supply.”

When the FDA was contemplating a 12-month deferral period, its report “shows that a small percentage of homosexual men have ignored the blood donation ban. Now we are going to trust practicing homosexuals with an even looser regulation?” LaBarbera said then.

“It is sad, yet instructive, to see homosexual activists place their gay agenda above the blood safety interests of the American people. If just one person contracts HIV due to these more lax standards, that will be an outrageous and needless injustice.”