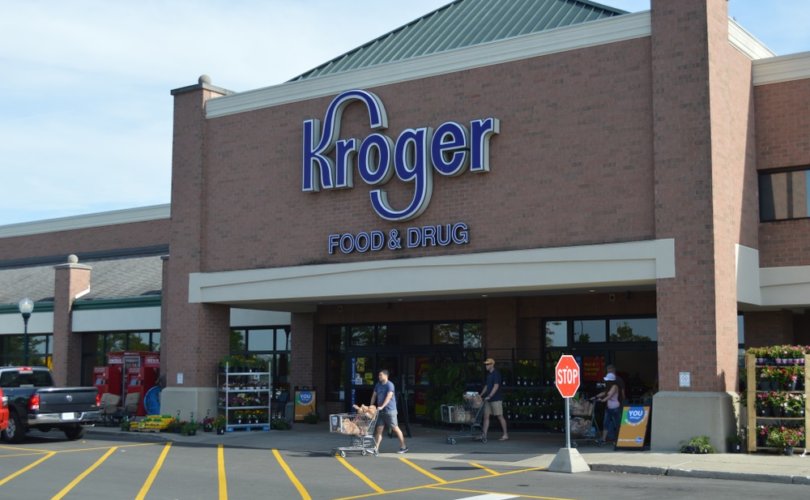 A Kroger store in Conway, Arkansas had “implemented a new dress code, which included an apron depicting a rainbow-colored heart emblem on the bib of the apron,” according to an EEOC press release. Two women were fired after stating that the emblem supported and endorsed homosexuality and transgenderism, arguing that it violated their religious beliefs.

One of the women “offered to wear the apron with the emblem covered and the other offered to wear a different apron without the emblem, but the company made no attempt to accommodate their requests.” Following the women’s refusal to comply with the store’s demands, “Kroger retaliated against them by disciplining and ultimately discharging them.”

“Companies have an obligation under Title VII to consider requests for religious accommodations, and it is illegal to terminate employees for requesting an accommodation for their religious beliefs,” explained the EEOC’s Delner-Franklin Thomas, who is responsible for Arkansas, Tennessee and portions of Mississippi. “The EEOC protects the rights of the LGBTQ community, but it also protects the rights of religious people.”

The EEOC also sued Frito-Lay, which is part of PepsiCo and owns brands such as Doritos, Tostitos, and Lay’s, for religious discrimination.

According to the lawsuit, “a West Palm Beach Frito-Lay warehouse employee applied for and received a promotion to route sales representative. The employee completed approximately five weeks of training without having to train on Saturdays. However, despite learning he could not work on Saturdays because of his Seventh-day Adventist religious beliefs, Frito-Lay scheduled him to train on Saturdays and terminated him after he failed to report to training on two consecutive Saturdays.”

EEOC regional attorney Robert Weisberg emphasized that any employer, including Frito-Lay, “is obligated to accommodate an employee’s religious beliefs, for example, by providing a schedule change, when it would cause no undue hardship. For an employer to only schedule the worker to work on Saturdays when it knows he cannot due to his religious beliefs violates federal law.”