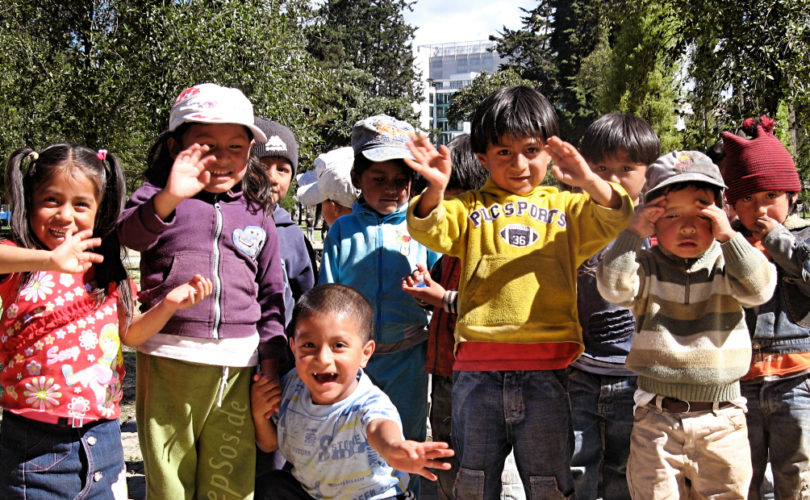 November 27, 2019 (LifeSiteNews) – Fertility rates in the United States have been declining for years, and reached a record low in 2018, according to government statistics released Wednesday.

The National Center for Health Statistics announced that 2018 saw 59.1 births for every 1,000 American women of childbearing age, the New York Times reports, a drop of approximately 15% since 2007.

Birth rates are tied to a number of economic factors, including a country’s ability to replace retiring or dying workers and the size of a future tax base to fund government programs. Rates tend to drop with economic downturns and rise with growth, but the latter hasn’t been the case for the latest U.S. numbers.

That suggests that shifting cultural values play a bigger role than fiscal circumstances, fueled in part by the ubiquity of contraception and the idea that population reduction is necessary to combat climate change.

“It’s clear that the traditional age-fertility pattern that held for Baby Boomers and Gen X women is shifting,” Brookings Institution senior demographer William Frey told the Times, pointing to evidence that millennial women are waiting until later in life to marry and have children, particularly after obtaining college degrees and finding career success.

“Is it a permanent shift? We just don’t know yet,” said Johns Hopkins University demographer Professor Alison Gemmill. If so, there “might be implications for society at large, say for funding Social Security — but I don’t think we are there yet.”

Others argue the evidence already shows America is in a precarious situation.

The annual rate of births per woman, which for 2018 was 59.1/1000, is known as the general fertility rate. A different metric, the total fertility rate, measures the likely number of children the average woman will have during her lifetime, if current fertility patterns hold.

“For 2018 the [total fertility rate, the number of children an average woman will have] stood at 1.73, according to a Pew study released in May,” Zachary Evans writes at National Review. “This means that women are having fewer than two children on average, below replacement level for the general population.”

“If birth rates continue to decline, and immigration drops off, the impact on the U.S. economy could be significant,” the Population Research Institute warns. “Economists estimate that as much as one third of economic growth is attributable to workers being added to the labor force every year. Low birth rates correspond to aging population. The U.S. is facing a substantial increase in its dependency ratio as the Baby Boomers retire, and working-age adults must replace the productivity thus lost and pay for entitlement programs like Social Security and Medicare.”