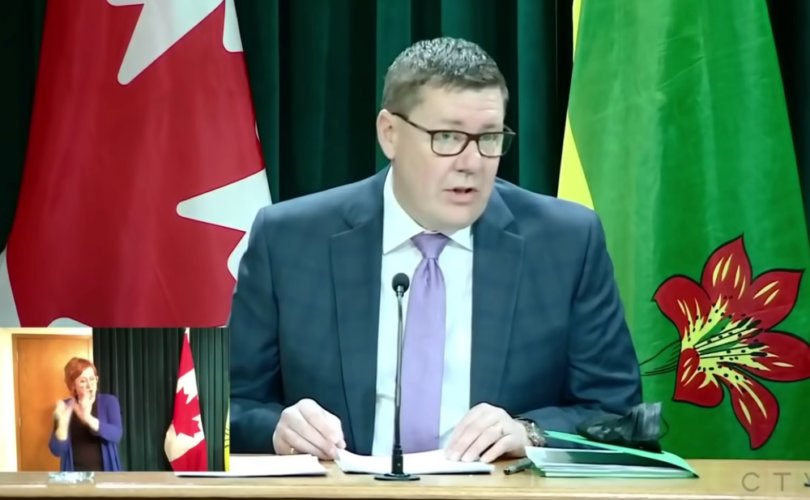 “We are writing to request that you immediately reinstate the vaccine and quarantine exemptions available to cross border truck drivers,” wrote Saskatchewan Premier Scott Moe, Alberta Premier Jason Kenney, and 16 U.S. governors in a letter to Biden and Trudeau dated February 16

Today, I joined 16 United States Governors and Premier Kenney to call on the Prime Minister and the President of the United States to immediately reinstate the vaccine and quarantine exemptions for truckers.

In their letter, the elected leaders wrote that while they understand the “vital importance of vaccines in the fight against COVID-19 and continue to encourage eligible individuals to get vaccinated,” they are “deeply concerned that terminating these exemptions” has caused supply chain issues.

“The timing of your decision to terminate the vaccine and quarantine exemptions could not have been worse, as North America already faces grave supply chain constraints,” the leaders stated.

The governors and premiers argued that the “lack of exemptions will force thousands of drivers out of the trucking industry, which is already facing a significant workforce shortage. The removal of these exemptions is ultimately unnecessary, and we cannot afford to lose any more truck drivers who transport food and other vital supplies across the border.”

On Monday, February 14, Trudeau took the unprecedented step of enacting the Emergencies Act (EA), which he claimed was needed to deal with the Freedom Convoy that arrived in Ottawa almost three weeks ago and the aligned groups blocking some of the major U.S.-Canada border crossings.

However, the blockade of the Ambassador Bridge ended before Trudeau enacted the EA. On Monday, following incidents caused by an “extreme element”, a spokesperson for the Coutts crossing blockade said it would disperse the following day, explaining that the protesters’ objective had been to be at the border “peacefully.”

Organizers for the Freedom Convoy in Ottawa said on Tuesday that they would “hold the line.”

Both the House of Commons and the Senate will debate the Emergencies Act this week, and if either chamber votes against it, the Act could cease to be in effect. This would be seen as, essentially, a vote of non-confidence against the Trudeau government.

Since the Freedom Convoy arrived in Ottawa, Canadian provinces Alberta, Saskatchewan, Manitoba,  Ontario, and Quebec have dropped, or announced they will be soon dropping, most COVID rules.