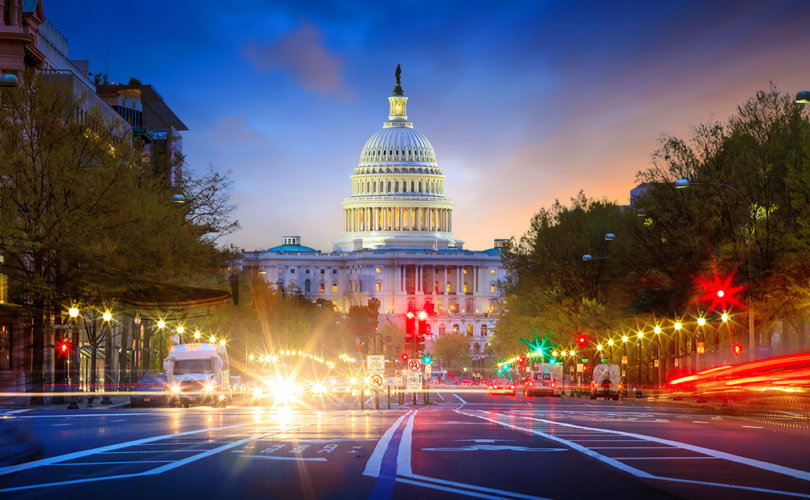 WASHINGTON (LifeSiteNews) — A small government agency responsible for handling arrestees in the nation’s capital has proposed a database to track its employees who have religious objections to the abortion-tainted COVID shots.

The Pretrial Services Agency for the District of Columbia (PSA) is “responsible for gathering information about newly arrested defendants and preparing the recommendations considered by the Court in deciding release options.”

But a recently proposed regulation has thrown the PSA into the spotlight.

The PSA published a proposal in the Federal Register on Tuesday for an “Employee Religious Exception Request Information System.”

“This system of records maintains personal religious information collected in response to religious accommodation requests for religious exception from the federally mandated vaccination requirement in the context of a public health emergency or similar health and safety incident, such as a pandemic, epidemic, natural disaster or national or regional emergency,” the proposal says.

“The system of records will assist the Agency in the collection, storing, dissemination, and disposal of employee religious exemption request information collected and maintained by the Agency.”

People can provide public feedback on the database in several ways.

This new rule does not allow for other ways of submitting comments.

Legal fellows with the Heritage Foundation are concerned that the database could be a pilot for an expanded system of tracking people with religious exemptions.

“A tiny administrative agency in the District of Columbia announced a new policy Tuesday that will likely serve as a model for a whole-of-government push to assemble lists of Americans who object on religious grounds to a COVID-19 vaccine,” Sarah Perry and GianCarlo Canaparo wrote at the Daily Signal.

“The announcement also does not say what the agency will do with this information after it has decided an employee’s religious accommodation request,” the pair wrote. “And neither does the announcement explain why the Biden administration chose to test this policy in an agency with a majority-black staff, who are both more religious and less vaccinated than other groups.”

They theorized what the end goal might be. “Likely, the Biden administration is using it to stealth test a policy it intends to roll out across the whole government.”

“Almost nobody has ever heard of the Pretrial Services Agency for the District of Columbia, and very few people pay close attention to it or are covered by its policies. Indeed, [as] of the time of publication of this article, the announcement has been viewed only 16 times,” the pair wrote.

The article, which Sen. Ted Cruz shared on Twitter, may have contributed to the views spiking to over 7,000 in just two days.

“A tiny administrative agency in the District of Columbia announced a new policy Tuesday that will likely serve as a model for a whole-of-government push to assemble lists of Americans who object on religious grounds to a COVID-19 vaccine.” https://t.co/nyNCtffBVm

“This is a complete invasion of Americans’ privacy and violation of their First Amendment right to freely practice religion. I strongly oppose this action as well as any like it,” Oklahoma Republican Rep. Kevin Hern said on Twitter.

“This is what a totalitarian regime would do, not the United States of America. Yet here we are,” Tennessee Rep. Mark Green said.