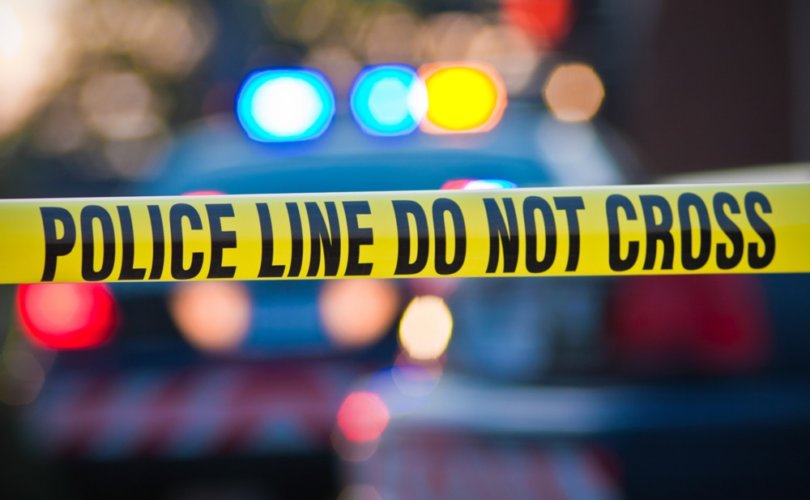 Data released Wednesday by the CDC’s National Center for Health Statistics (NCHS) indicated a 30 percent rise in homicides in 2020, the largest since at least 1905.

“It is the largest increase in 100 years,” Robert Anderson, chief of mortality statistics at NCHS, told CNN.

“The only larger increase since we’ve been recording these data occurred between 1904 and 1905, and that increase was most likely – at least partly – the result of better reporting,” he added. “We had states being added to what we refer to as the death registration areas, so we were counting deaths in more areas over time. We didn’t have all states reporting until 1933.”

The increase in homicides between 2020 and 2019 even exceeded the 20 percent spike after the September 11 terrorist attacks in 2001.

Last year’s murder rate, which topped 7.8 per 100,000 people, was also the highest since the mid-1990s, according to the preliminary NCHS data.

America’s record surge of violence came as Democrat-led cities and states across the country cut billions of dollars of funding from police budgets after the death of George Floyd in May 2020.

“After the city of Portland slashed its police budget by $12 million and eliminated three police units, the police withdrew while shootings climbed 173% and murders rose 255% in nine months,” the Law Enforcement Legal Defense Fund (LELDF) noted in a study earlier this year that pointed to an additional 4,000 homicides in 2020.

“Since June 2020, local leaders and activists’ increasing attacks, demoralized, debilitated, and in some cases, defunded law enforcement,” the LELDF said. “As police stepped back, violence surged.”

The Armed Conflict Location and Event Data Project, a nonprofit that tracks political violence, registered more than 500 riots associated with BLM between May and September 2020. The Black Lives Matter riots accounted for over 95 percent of violent “protests” in the United States last year and left an astounding 2,000+ police officers injured.

Just the first few weeks of rioting dealt between $1 billion-$2 billion in damages, in what was the most destructive wave of political violence in decades, based on insurance claims data.

The BLM riots nevertheless won the backing of virtually the entire liberal media and top Democrats, including then-Senator Kamala Harris.

Hypocrisy of the Left! This is condoning political violence and insurrection. He was charged with assaults on a police station.

The historic 2020 murder surge also came amid months-long lockdowns and other COVID measures that sent unemployment skyrocketing in much of the United States and corresponded with record-level drug abuse rates. Various studies have shown that stay-at-home orders did not have a significant impact on the spread of COVID-19.