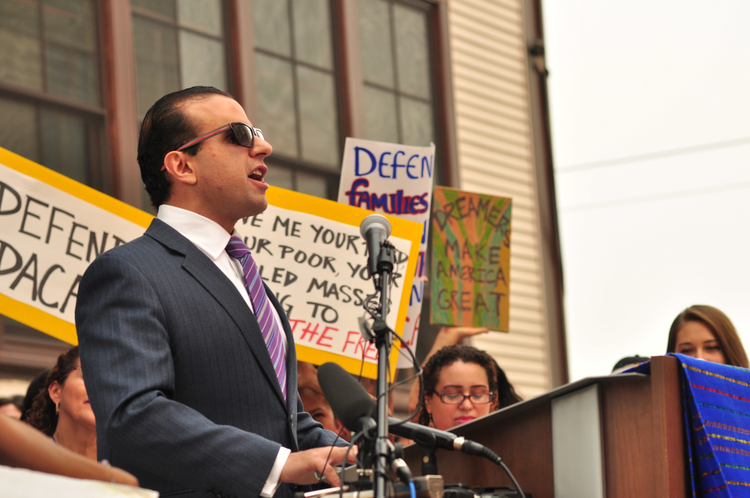 March 20, 2020 (LifeSiteNews) — The official Twitter account of the U.S. Jesuit order celebrated the decision of a pro-abortion Democrat politician to join the order.

Cyrus Habib, the lieutenant governor of Washington, announced yesterday that he will “not be running for re-election this year, and instead will pursue a different calling by joining the Jesuit order of the Catholic Church.”

LifeSite has spoken with senior members of the U.S. Jesuits and confirmed that Habib will be joining the order, after their official Twitter account posted the news yesterday, saying “Washington Lt. Gov. Cyrus Habib will not seek re-election in order to join the #Jesuits.”

In 2016, Habib voted against a bill to reverse a public accommodations law that allows transgender people to use opposite-sex bathrooms and locker rooms, arguing that the law protects “a civil right to be included.”

Habib was also an active part of Pete Buttigieg’s campaign to win the Democratic nomination for the 2020 presidential election. Earlier this month, he tweeted that he was “honored to have been a part of #TeamPete and proud of @PeteButtigieg for running an inspiring campaign,” after the openly homosexual, pro-abortion former mayor of South Bend, Indiana dropped out of the race.

I'm honored to have been a part of #TeamPete and proud of @PeteButtigieg for running an inspiring campaign. As always Pete is putting country before self. Looking forward to working with him to heal our country and #WinTheEra in the years to come.

Buttigieg has repeatedly refused to condemn late-term or partial-birth abortion and has even tried to justify abortion on religious grounds, claiming in September “there’s a lot of parts of the Bible that talk about how life begins with breath.”

Buttigieg had pledged to appoint pro-abortion judges to the Supreme Court and make the abortion drug RU-486 available over the counter. As mayor, he vetoed Women’s Care Center’s re-zoning application to build a pro-life pregnancy center near the site of a proposed abortion center, and he has largely dodged questions about the discovery of thousands of babies’ corpses on the property of a deceased area abortionist.

Buttigieg also indicated during a campaign town hall that if elected he would cut federal funding from any foster and adoption programs that “discriminates against LGBT communities.”

Like Buttigieg, Habib has now endorsed Joe Biden, another pro-abortion politician who identifies as Catholic.

As a Democrat I'm proud of our party for uniting behind a candidate who can and will beat Donald Trump. Congrats @JoeBiden on another dominant night! Time for us all to come together and turn our attention to the general election.

LifeSite spoke earlier today with Fr. Michael Gilson of the Jesuits’ West province, who confirmed that Habib is joining the order. Fr. Gilson asked us to contact the Jesuit’s Secretary for Communications and Vocation Promotion, Tracey Primrose, with any questions we had about the news.

Primrose told LifeSite that she had “no idea” if either the Jesuit provincial or vocations director were aware of Habib’s voting record.

Asked if Habib is being asked to publicly recant his pro-aborition voting record, Primrose said LifeSite was the first to bring the issue to her attention.

Asked if, as the Jesuits director of communications, she was concerned that a politician who has voted so clearly against Catholic teaching is joining the order, Primrose said she didn’t know anything about what was being asked and “would like to be informed before offering an opinion.”

Primrose said she would pass on LifeSite’s questions to the provincial and vocations director and ask for a response. We had not received any communication from them before publication.