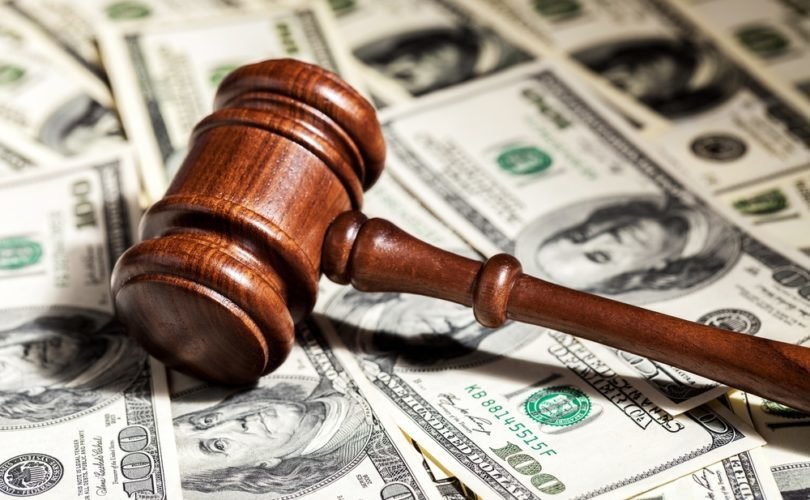 NEW YORK, December 4, 2019 (LifeSiteNews) – American lawyers are hoping to cash in on the clergy sex-abuse crisis by encouraging people who may have been sexually abused even decades ago to contact them about possible “financial compensation.”

The Associated Press (AP) reported Dec. 3 about a “surge” of new lawsuits against the  Catholic Church in America. It interviewed eight lawyers, but just two alleged victims, for its feature on lawsuits against the Church. The story makes it clear that lawyers are attempting to cash in on crimes committed against children decades ago. They have been encouraged by new rules in 15 states that “extend or suspend the statute of limitations to allow claims stretching back decades.”

The media organization reported that lawyers are “scrambling” for clients, renting billboards and taking out television ads begging for victims to come forward, e.g. “If you were sexually abused by a member of the clergy, even if it happened decades ago … you may be entitled to financial compensation.”

Lawyer Adam Slater told AP that “he plans to ask for a full third of any awards his clients collect.” He also said he has invested in a “half-dozen” new paralegals, opened an office in New Jersey, and knocked down a wall in his Long Island office “to make more room.” This is all in anticipation of future clients.

At one point in the AP report, Slater mused about the monetary value of St. Patrick’s Cathedral in New York.

The AP estimated that there could be “more than 5,000 new cases and payouts topping $4 billion.” It named New York, New Jersey, and California as three of the eight American states that allow sex abuse claims to be filed no matter how long ago the abuse is said to have taken place. This, AP said, “has lawyers fighting for clients.”

Two of the lawyers were quite blunt about the American public’s distaste for the Catholic Church. Boston lawyer Mitch Garabedian, who was played by Stanley Tucci in the Oscar-winning film Spotlight, said jury decisions would reflect the general public’s disgust “with clergy sex abuse and the cover-up.” Los Angeles lawyer Paul Mones said the “zeitgeist is completely unfavorable to the Catholic Church.”

It is unclear where natural anger with Catholic bishops covering up the abuse of Catholic children by Catholic priests stops and anti-Catholic tropes begin. One Los Angeles lawyer, Raymond P. Boucher, pondered the Vatican’s “legendary riches,” which he believes include inexhaustible “stashes of art in vaults” that could be sold to “pay every single claim that anybody could bring in the United States.”

Another of the lawyers featured in the story, Steven Alter, defended the alleged victims now coming forward from a suggestion that they were trying to cash in.

“I haven’t had one person ask me about the money yet,” he said.

LifeSiteNews asked Siobhan O’Connor, an advocate for survivors of clerical sexual abuse in the Buffalo diocese, how she felt about Slater musing over the dollar value of St. Patrick’s Cathedral if it were to be sold to pay off abuse victims.

“It makes me feel very uncomfortable,” she said. “That’s not how victims think about it.”

The survivors she talks to are not looking to profit from the sales of cathedrals.

“Some lawyers are looking at this as a money grab, but survivors don’t,” she said firmly.