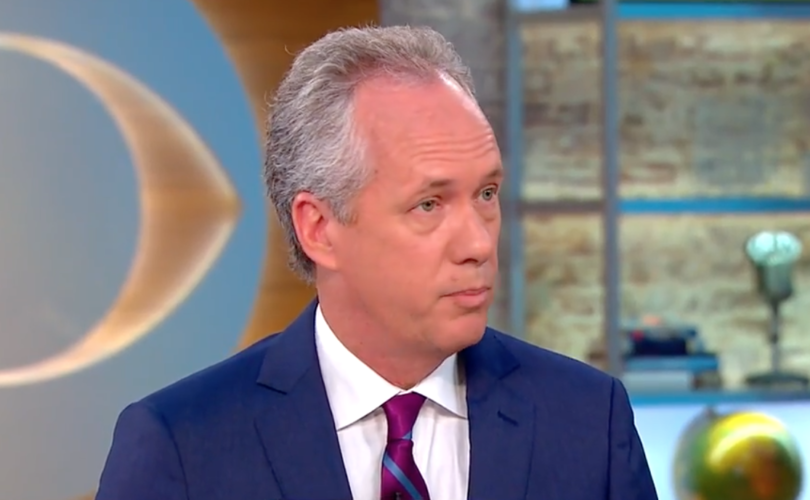 LOUISVILLE, Kentucky, April 9, 2020 (LifeSiteNews) – Due to the coronavirus pandemic, the mayor of Louisville, Kentucky, has banned not only traditional church services but even drive-in services where people stay in their cars in a parking lot.

“Our job is to deny the virus. If we don’t do that, more lives will be lost. I know it’s tough … I just can’t allow (drive-thru church services) to happen,” Mayor Greg Fischer said, according to local news source WDRB.

“I am reluctant to do that, but I am at the same I am emphatic at doing that because I want to save the lives of people in our community,” Fischer said at a press conference. He claimed he could not allow “hundreds of thousands” of people to drive to Mass, or any worship service, during the Easter weekend.

“It’s not really practical or safe to accommodate drive-up services taking place in our community,” he argued. Fischer did not explain how COVID-19 may be transmitted from one person to another, when people are sitting in their own separate cars.

LifeSiteNews has reported on drive-in Masses in other parts of the country. In Indiana, Fr. Shaun Whittington offered Mass in the parish parking lot, celebrating from a trailer perched on a hill above the church parking lot where parishioners participated from their parked cars.

“Parking Lot Mass was a success! We had positive feedback! Thanks to Fr. Whittington for coming up with an innovative solution so that we are able to attend Mass and receive Jesus in the Blessed Sacrament while also being compliant to the COVID-19 safeguard directives,” declared a statement on the parish’s Facebook page.

Elsewhere on that page, a message notes that while the parish’s planned St. Joseph feast day dinner has been canceled, parishioners are encouraged to “Bring bread to be blessed & taken home.”

The Society of St. Pius X had an invite-only Mass in Front Royal, Virginia, during which attendees remained in their cars. The Mass, offered by a priest who came from Maryland, meticulously followed public health guidelines and social distancing requirements. The SSPX had even spoken with local authorities beforehand in order to ensure it was complying with all relevant laws and guidelines.

It was not the local government complaining about the Mass being said, but the local Diocese of Arlington, Virginia.

“Based on recommendations from the public health and scientific communities, Bishop Michael F. Burbidge maintains his directive that all public Masses in the Diocese of Arlington are suspended until further notice,” the diocese stated.

Not only Catholic communities, but also many Protestant churches have been hosting similar drive-in services during which parishioners remain in their cars so as not to violate state orders against “gatherings” of 10 or more people.

Catholic leaders like Cardinal Raymond Burke have pointed out that it would not be too difficult to attend Mass while following public health guidelines.

“Just as we are able to purchase food and medicine, while taking care not to spread the coronavirus in the process, so also we must be able to pray in our churches and chapels, receive the Sacraments, and engage in acts of public prayer and devotion, so that we know God’s closeness to us and remain close to Him, fittingly calling upon His help,” Burke wrote.

Bishop Athanasius Schneider suggested that before each Mass, “one could disinfect the pews and doors, and everyone who enters the church could disinfect their hands. Other similar measures could also be taken. One could limit the number of participants and increase the frequency of Mass celebration.”

Archbishop Carlo Maria Viganò said several “Bishops’ Conferences had already suspended all sacred functions, even when the civil authorities had not asked them to do so. This is further proof that the hierarchy is in a dreadful state and shows that bishops are all too willing to sacrifice the well-being of souls to pacify the power of the state or the dictatorship of ideas.”