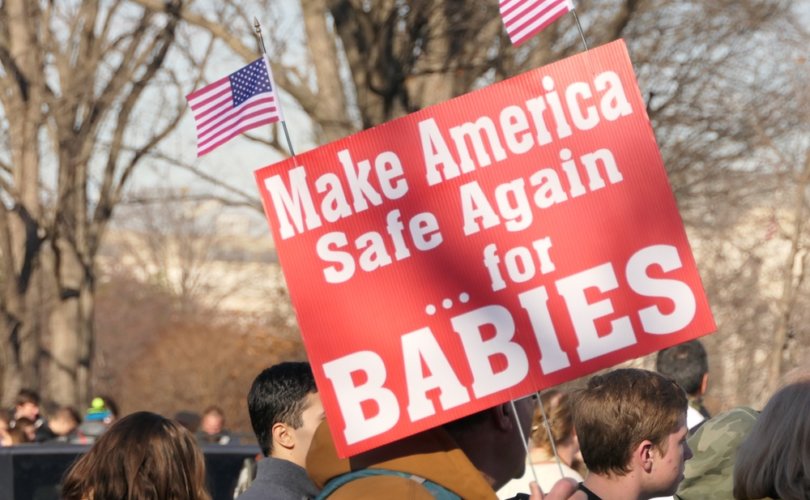 November 6, 2018 (LifeSiteNews) – Election Day is finally here, and as voters decide whether to keep Congress in Republican hands or return it to the Democrats, several races have emerged as particularly significant to the pro-life, pro-family cause.

Nine Republican and 26 Democratic seats are currently up for election in the Senate, while 91 Republican and 22 Democrat seats are being voted on in the House of Representatives. 26 GOP governorships and nine Democrat governorships will be decided, as well. The GOP currently has a two-vote Senate majority, a 235-193 House majority, and 33 of America’s 50 governor’s mansions.

The congressional results will decide whether President Donald Trump will be able to sign pro-life and religious liberty legislation, or will be limited to whatever executive actions can be taken to advance conservative causes incrementally. In particular, retaking the House would embolden Democrat calls to attempt to impeach both Trump and Justice Brett Kavanaugh.

Several pro-life stalwarts are facing battles to retain their seats, including Sen. Ted Cruz in Texas and Rep. Steve King of Iowa, as well as Rep. Marsha Blackburn of Tennessee, who is attempting to move to the Senate.

Cruz, who is fending off a challenge by pro-abortion Democrat Robert “Beto” O’Rourke, was named “one of the leaders in the fight to defund Planned Parenthood” last month by the abortion giant’s former CEO Cecile Richards. The title was meant as a criticism, but reminded voters of Cruz’s past efforts to withhold funding for Obamacare and Planned Parenthood during the appropriations process rather than send pro-abortion budgets to Barack Obama.

Cruz currently holds an almost seven-point lead in RealClearPolitics’ (RCP) polling average. An upset by O’Rourke would be a dramatic victory for his unprecedented $38 million fundraising haul and a paradigm shift for conservative Texas.

One of the House’s most aggressive pro-lifers, King is the lead sponsor of the Heartbeat Protection Act, which would ban abortions on any baby with a detectable heartbeat. He argues that now’s the time for such a bill to force the Supreme Court to revisit Roe v. Wade, and has criticized other pro-life groups for allegedly opposing the bill behind the scenes.

Blackburn is running against former Tennessee Gov. Phil Bredesen to fill the Senate seat being vacated by retiring liberal Republican Bob Corker. In the House, Blackburn led the Select Panel on Infant Lives which investigated Planned Parenthood’s sale of aborted babies’ body parts. Both Facebook and Twitter have censored pro-life ads by and about her during her campaign.

Bredesen, meanwhile, has made a point of avoiding hot-button “social” issues like abortion, but Marie Claire reports that he’s “pro-choice,” and it’s unlikely Democrat leaders would tolerate one of their members defying the party platform in the narrowly-divided Senate. RCP currently gives Blackburn a five-point lead, but ranks the race as a toss-up.

On the other side, the election will decide the fates of North Dakota’s Sen. Heidi Heitkamp, Missouri’s Sen. Claire McCaskill, Arizona Senate candidate Kyrsten Sinema, and Vermont gubernatorial candidate Christine Hallquist, all of whom support legal abortion-on-demand.

Heitkamp is trailing GOP Rep. Kevin Cramer by nine points after she published the names of sexual assault survivors without their consent in a campaign ad, while McCaskill is still neck-and-neck with GOP Attorney General Josh Hawley despite campaign staffers being caught on tape explaining how Planned Parenthood channels donations to her through other organizations in order to downplay her ties to the abortion giant.

Sinema, an open bisexual who in 2006 accused stay-at-home mothers of “leeching off their husbands or boyfriends,” is also neck-and-neck with Republican candidate Martha McSally, a retired Air Force pilot, for the seat being vacated by retiring GOP moderate Sen. Jeff Flake.

Hallquist, the male CEO of an electric co-op who “identifies” as a woman, is an avowed “progressive” who has verbally attacked Christians on numerous occasions. RCP predicts that incumbent Republican Gov. Phil Scott will win re-election, but an upset would make Hallquist the first transgender governor in the United States.

Tonight will also see either reward or reckoning for so-called moderate Democrats on both sides of the Kavanaugh vote. West Virginia Sen. Joe Manchin, who claims to be pro-life yet has opposed both defunding Planned Parenthood and keeping abortion “rights” out of his state constitution, voted “yes” on Kavanaugh while Indiana Sen. Joe Donnelly opposed the judge. RCP puts both races in the “Toss-Up” column.

America will also see whether John James, a charismatic Iraq war veteran who identifies as a 100% pro-life “conservative warrior,” can pull off an upset against the eight-point lead of pro-abortion Democrat incumbent Sen. Debbie Stabenow.

LifeSiteNews will be following these races closely and providing outcomes in subsequent reports.