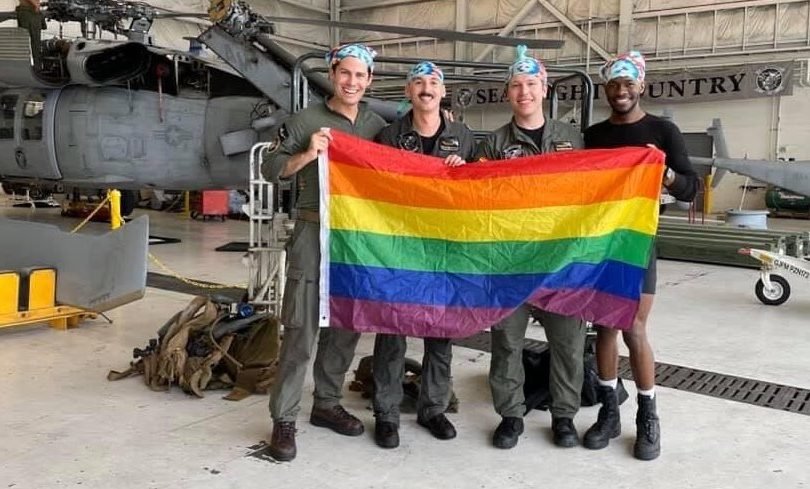 May 6, 2021 (LifeSiteNews) – Under the Biden-Harris administration, the normalizing of homosexuality and transgenderism within the ranks of the U.S. military is accelerating.

“History was made on Friday with the first ever all gay U.S. Navy helicopter crew,” tweeted veteran Navy Intelligence Officer and left-wing activist Travis Akers, along with pictures of the homosexual flyers.

History was made on Friday with the first ever all gay @USNavy helicopter crew. pic.twitter.com/3o1dYRn7Dw

During the previous week, the U.S. Air Force (USAF) announced that a Lesbian, Gay, Bisexual, Transgender and Queer/Questioning Initiative Team (LIT) had been formally established under the umbrella of its Barrier Analysis Working Group (BAWG).

“The LGBTQ Initiative Team focuses on the LGBTQ community and identifies and works to resolve the issues that disproportionately impede the success of LGBTQ Airmen and Guardians,” explained a USAF press release. “The creation of this team comes 10 years after the repeal of Don’t Ask Don’t Tell, the legislation that prohibited LGB service members from serving openly. For many of the senior-ranking military members, some of whom served under DADT for nearly two decades, the creation of LIT is a watershed event.”

Maj. Gen. Leah Lauderback, a lesbian and one of the group’s founders, said of the USAF LGBT inclusion endeavor, “I expect our group will grow–our community and allies want to help!”

Within days of taking office, Biden formally revoked the Trump administration’s ban on transgender military service. Biden’s new executive order declared (but did not explain how) the military “thrives when it is composed of diverse Americans who can meet the rigorous standards for military service, and an inclusive military strengthens our national security.”

The Washington Post has called Biden the most pro-LGBT “equality” president in history.

“At the time, FRC's Peter Sprigg warned that it could cost taxpayers up to $3.7 billion over the next 10 years for medical costs and lost deployment time — more than enough, we pointed out, to buy a Navy destroyer,” he continued. “And like a destroyer, this decision is equally capable of sinking our military's mission.”

The nation’s most powerful LGBT lobbying group, The Human Rights Campaign (HRC), made a surprising assertion earlier this year that may very well be true:

There are thousands of transgender members of the U.S. military, making the Department of Defense (DOD) the largest employer of transgender people in America.

FRC's Lt. General (Ret.) Jerry Boykin said that Biden’s reversal of Trump administration policies “has everything to do with President Biden's LGBT agenda — and nothing to do with military readiness, which should always be the Pentagon's first consideration.”

“Biden has made it clear that he intends to weaponize the law to crush dissent, in order to implement a far-left agenda,” Kristen Waggoner, general counsel for Alliance Defending Freedom, told The Washington Post.