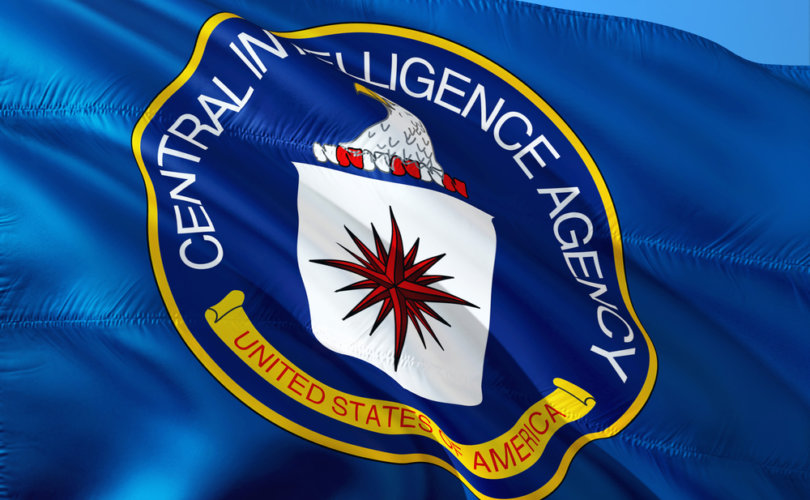 The refusal of many in the intelligence community to submit to the jab mandate has led to concern the controversial requirement could cause major gaps in national security.

While some agencies like the CIA have reported a 97% compliance rate, Rep. Chris Stewart (R-UT) said in several agencies as many as 20%–40% of personnel have opted to remain unvaccinated by late October even in the face of impending disciplinary action after the November 22 deadline for federalex civilian employees passes.

Employees who refuse to comply with the mandate, which derives from a September executive order by President Joe Biden requiring all federal employees and federal contractors to get the COVID-19 shot, may face dismissal from their positions.

Altogether, the multi-agency intelligence community which comprises 18 agencies including the CIA, FBI, and NSA, employs some 100,000 people.

Stewart said the data he referenced to arrive at the percentages of unvaccinated workers had been made known to the House Intelligence Committee but has not been released publicly, and declined to provide specifics relative to individual agencies because the data is presently classified.

Stewart and others have sounded the alarm that a hard deadline for the controversial injection mandate could leave critical agencies understaffed in the wake of mass firings for noncompliance.

According to the AP, “[R]esistance to the mandate could leave major agencies responsible for national security without some personnel. Intelligence officers are particularly hard to replace due to the highly specialized work they do and the difficulties of completing security clearance checks.”

In light of the potential depletion of critical intelligence community personnel, Stewart has called for an increase in approvals for mandate exemption requests, and asked at least for the delay of any firings of noncompliant officers.

Currently, federal employees who refuse to get the experimental jab or obtain an approved exemption by the deadline face a suspension of up to 14 days and potential dismissal.

“My question is what’s the impact on national security if we do that?” Stewart asked. “You’re potentially firing thousands of people on the same day. And it’s not like you put an ad on Craigslist and have people apply by Thursday.”

It’s possible that intelligence officers refusing vaccination will be given greater flexibility particularly given the risks presented by firing the crucial personnel.

The General Services Administration has advised federal agencies that “unique operational needs of agencies and the circumstances affecting a particular employee may warrant departure from these guidelines if necessary.”

Stewart isn’t the only congressman concerned about the potential fallout from the mandate.

On November 2, Rep. Markwayne Mullin (R-OK) penned a letter addressed to President Biden warning that the president’s jab mandate which makes thousands of intelligence personnel “subject to termination under your Executive Orders” could cause “a gaping hole in our intelligence community.”

“Not only are these mandates punishing hard working professionals for their firmly held beliefs, but they are also putting the safety and security of our entire country at risk. All of this at a time where the stakes have never been higher in the national security arena,” Mullin said.

He quoted Biden in stating that “career civil servants are the backbone of the Federal workforce,” arguing that “[t]hrough these Executive Orders, you are weaponizing a personal choice and trampling on the freedoms of these professionals, many of whom have worked their entire careers to protect us from threats both foreign and domestic.”

“The diminished workforce in the intelligence community caused by these decisions will put American lives at risk daily,” Mullin said. “I implore you to consider the very real national security implications and repeal these executive orders immediately.”

Over 20% of the intelligence community remains unvaccinated and are subject to termination under President Biden’s executive orders. This is a threat to our national security.

I sent a letter to the president urging him to repeal his vaccine mandate immediately.

While Republicans have pushed back against coercive jab mandates for federal personnel, Democrats have largely supported them, arguing they are necessary to protect the health of individuals and the broader community.

In an interview with the AP, Rep. Jason Crow (D-CO) argued, “If somebody is not willing to do what’s necessary to protect their own health and the health of their unit, that actually calls into question their ability to effectively do the job.”

It’s unclear why an employee’s decision not to take a drug for which there is no long-term safety data impedes that worker’s ability to perform the requirements of the job.

Moreover, it is likely many unvaccinated members of the intelligence community have some form of natural immunity, which studies suggest is more robust and durable than vaccinated immunity.

Advocates of vaccine mandates like Crow also fail to mention that the Centers for Disease Control and Prevention (CDC) has admitted that the shots do not stop transmission of the virus to others, or that the CDC reports an infection survival rate of 99.95% for those under age 50 who contract COVID-19.

Meanwhile, despite the push from the Biden administration and Democrat officials to increase mandates, a recent study found that the requirements are unpopular with federal employees.

The news that thousands of members of the U.S. intelligence community are standing firm against pressure to get the shot comes after some 12,000 service members with the U.S. Air Force have also refused to get jabbed, making the Air Force the first branch of the military to face mass resistance to the Pentagon’s jab mandate.

Resistance to the requirement is far higher in other branches.

As of mid-October, hundreds of thousands of service members across the five U.S. military branches have withstood pressure to get the shot despite receiving orders to do so, with military reservists and National Guardsmen among the least likely to get jabbed, driving the overall military vaccination rate down to only 68%.

High rates of noncompliance in the military have led to concern the mandates could cause a weakening of the military’s combat readiness and ability to respond to rapidly increasing geopolitical threats.

On Saturday a federal appeals court moved to freeze Biden’s mandate requiring businesses with 100 or more employees to force workers to get the jab or submit to weekly testing and masking while at work.

The mandate, bureaucratically enacted through a White House directive to the Department of Labor to issue an Emergency Temporary Standard (ETS) via the Occupational Safety and Health Administration (OSHA), was determined by the court to have “grave statutory and constitutional issues.”

To date some 27 states have filed suit against the Biden administration for its mandate, which many have called “unconstitutional” and an abuse of power.