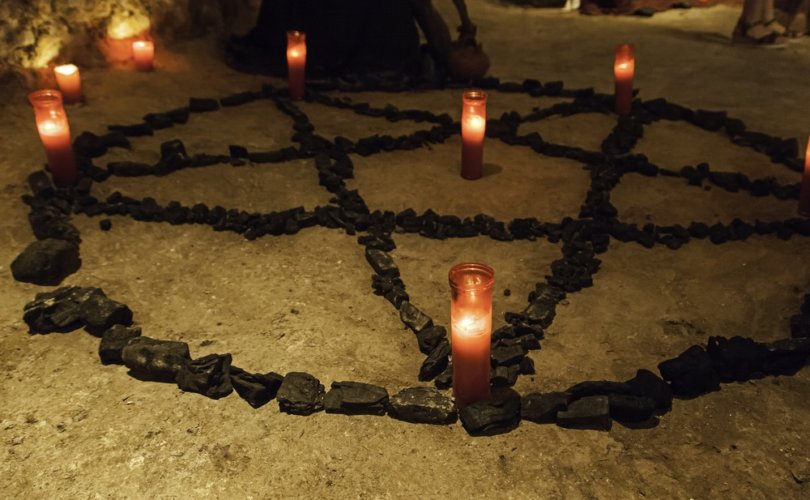 ANNAPOLIS, Maryland, November 21, 2019 (LifeSiteNews) – The United States Naval Academy (USNA) has granted a room for midshipmen associated with the Satanic Temple to conduct “Satanic services” and to study “Satanic philosophy,” according to a leaked email.

USNA spokesperson Cmdr. Alana Garas subsequently claimed that this internal email – which all midshipmen received – was sent prematurely, and that the group of midshipmen were requesting only a “study group” space. Nonetheless, “services” are mentioned twice in the email.

“This email was sent without the review and approval of the Naval Academy’s command chaplain, as required by command policy,” Garas said. “It did not represent the U.S. Naval Academy’s Command Religious Program.”

“The notion that members of The Satanic Temple within the Naval Academy could be denied the right to hold services because we are nontheistic and/or politically active has absolutely no credible basis in law or common sense,” said Satanic Temple spokesman Lucien Greaves. “The Satanic Temple is no more a political cause than the Catholic Church or Southern Baptists.”

“Midshipmen have the right to assemble to discuss their beliefs as they choose, but, to be clear, in accordance with Department of Defense policy, military members will not engage in partisan political activities, and will avoid the inference that their activities may appear to imply [Defense Department] approval or endorsement of a political cause,” Garas told Fox News.

“Should the religious liberty of [our] members within the [Naval] academy ever be impeded,” the satanists will pursue litigation, Greaves told Fox.

Although the Satanic Temple claims that its beliefs are based around seven tenets and a collection of natural virtues, a key focus of the group is using the mantle of “religious liberty” to advocate for abortion and other left-wing causes, even claiming abortion advocacy can be a form of worship.

The First Amendment of the United States Constitution prohibits Congress from making any law “respecting an establishment of religion, or prohibiting the free exercise thereof.”

This is widely interpreted as preventing governmental favoritism towards any one religion and preventing government persecution of any religion, but groups like the Satanic Temple claim that its current application favors “an arbitrary elite.” They seek to use the First Amendment and the 1964 Civil Rights Act to change this by expanding “religious exemptions and legal protections” beyond the typical religious groups, so as to either forcibly widen the range of people who can benefit from these privileges, or to end these privileges altogether, they explain on their website.

The Satanic Temple began as a political organization aiming to reduce the presence of religion in the public sphere, but has subsequently claimed that their “deeply held beliefs,” “narrative structure,” and use of symbols and practices make them a church.

It was recognized as a church by the U.S. government in April 2019 and enjoys the same tax-exempt status and access to public spaces as other recognized state-defined churches. The Satanic Temple says it officially rejects belief in both Satan and the supernatural, seeing Satan as “a symbol of the Eternal Rebel in opposition to arbitrary authority.” Its activities include promoting after-school Satan clubs for children.

The group’s “Religious Reproductive Rights” campaign aims to undermine pro-life laws by claiming they violate the freedom of religion. In 2015 they sued the state of Missouri over restrictions on abortion, claiming that “the question of when life begins is absolutely a religious opinion,” and that informed consent laws violated their religious liberty to obtain immediate abortions. In 2019 they began further proceedings on the same issue.

The organization has also attracted attention through several high profile black masses – blasphemous rituals that typically involve the desecration of a consecrated host, which the Catholic Church teaches is the body, blood, soul, and divinity of Jesus Christ – and their statue of Baphomet outside the Arkansas capitol building in protest to an installation of the Ten Commandments.

It’s unclear how many midshipmen are involved in the satanic group at the Naval Academy.