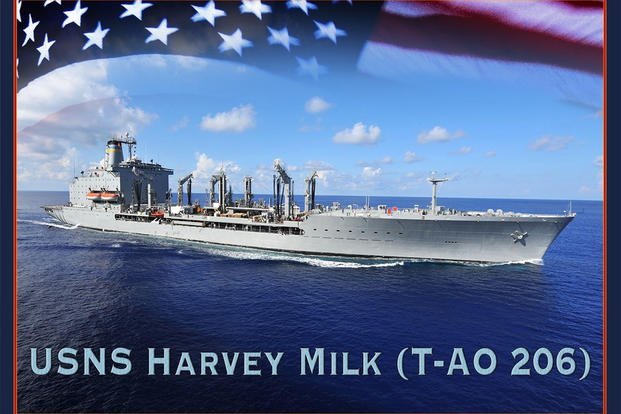 SAN DIEGO, December 19, 2019 (LifeSiteNews) — The U.S. Navy has begun construction on a ship that will be christened the “USNS Harvey Milk” after the murdered San Francisco Supervisor who made history in the 1970s as the California’s first openly homosexual elected official.

The man the U.S. Navy has chosen to honor was also a homosexual pederast.

Harvey Milk and San Francisco Mayor George Moscone were assassinated by Dan White, a former police officer and former city supervisor, on Nov. 27, 1978. Although his homosexuality had nothing to with his murder, the implication that it did has led to Milk becoming a gay martyr, icon, and even a saint.

Jones provided Milk “with a printing press, gave him hundreds of campaign ‘volunteers,’ yielded the Peoples Temple pulpit to him, and provided free publicity to him in the Peoples Forum newspaper,” said Daniel Flynn in a 2018 FrontPage Magazine interview.

Milk’s adopted state, California, also pays tribute each year to him with a “Harvey Milk Day” on May 22 that was signed into law by then-Gov. Arnold Schwarzenegger in 2009.

The ship to be named for Milk is included in a class of oilers being built by General Dynamics NASSCO that will be named after civil rights leaders, including former U.S. Supreme Court Justice Earl Warren, former Attorney General Robert F. Kennedy and abolitionist Sojourner Truth.