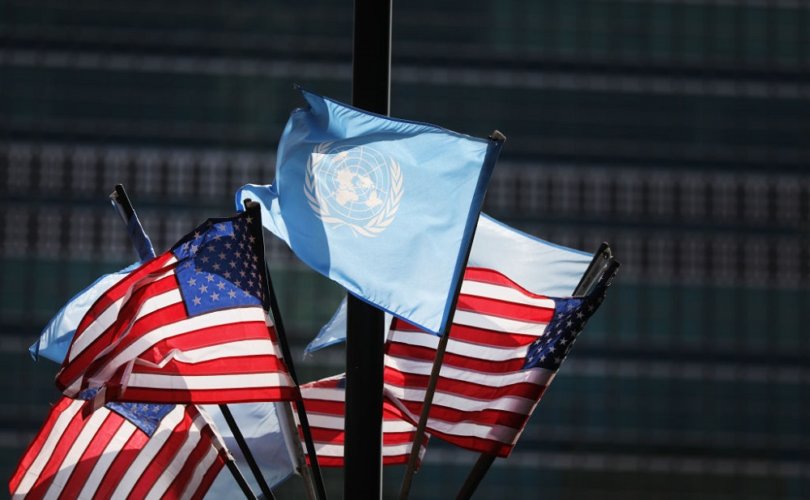 GENEVA, November 17, 2020 (C-Fam) — At the UN in Geneva recently, European countries attacked the U.S. record on abortion. The U.S. pushed back.

U.S. Assistant Secretary of State Robert Destro told the governments, “Abortion is legal in the United States, and the U.S. supports both domestic and international programs for women’s health at a very high level. But we do reject the proposition that abortion is a matter of international human rights, and affirms that all lives, both born and unborn, should be protected.”

Altogether, fourteen countries criticized U.S. pro-life policies, twelve of which belong to the group of western European and allied countries. They urged the U.S. to ensure universal access to “sexual and reproductive health services.”

More specifically, the Netherlands called on the U.S. to repeal the Helms Amendment, which bans U.S. foreign assistance from funding abortions, and the Protecting Life in Global Health Assistance policy, formerly called the Mexico City Policy, which bans U.S. funding from foreign organizations that promote or provide abortions. Belgium also asked the U.S. to allow foreign assistance “to support safe abortion services, where legal in the host country” in a written comment.

This emphasis on “sexual and reproductive health services” was unprecedented, but not unexpected.

During the first two cycles of the Universal Periodic Review, both of which occurred during the Obama administration, the U.S. received only seven recommendations referring to “reproductive health” or abortion.

In the Universal Periodic Review, each of the 193 UN member countries is reviewed by the Human Rights Council during a five-year cycle.  The ongoing session was originally scheduled for May, but delayed due to the COVID-19 pandemic.  Most of the participants, which included 116 countries, delivered their statements remotely.

In their statements during the dialogue, members of the Trump administration representing different U.S. agencies responded to countries’ recommendations. Among the most frequent topics were the federal use of the death penalty, the recent unrest over racial issues, and requests that the U.S. ratify more UN human rights treaties.

Following the interactive dialogue, the U.S. will review each of the specific recommendations it received and will respond to each by “supporting” or merely “noting” it. Under the Obama administration, the U.S. “noted” recommendations that it provide support for abortion in humanitarian settings because it was incompatible with existing U.S. law. Pro-life UN observers hope the Trump administration will go further in explaining its responses in this cycle, in keeping with the unambiguous statement issued by Destro.