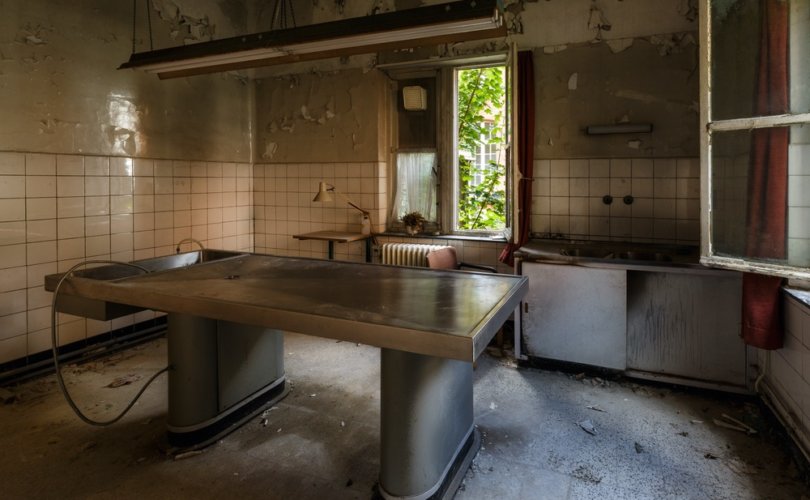 LIMA, Peru, November 7, 2019 (LifeSiteNews) – After more than 20 years, women who were forcibly sterilized will have their day in court as prosecutors in Peru intend to charge a former president and government officials with serious human rights abuses.

Former President Alberto Fujimori of Peru (1990-2000) and other former high-ranking government officials will face a court in December for their involvement in forced sterilizations of women, which caused the death of at least one woman in the Andean republic. Fujimori, 81, promoted his Voluntary Chemical Contraception Program in the 1990s to supposedly level the playing field and provide to poor women contraception that they would not be able to afford without government assistance. Contraception services in Peru were subsidized by U.S. taxpayers through the U.S. Agency for International Development (USAID).

This was despite a 1978 amendment to the Foreign Assistance Act of 1961 that prohibits the use of U.S. dollars “to pay for the performance of involuntary sterilizations as a method of family planning or to coerce or provide any financial incentive to any person to undergo sterilizations.”

The Congressional Research Service reports that as a result of the forced sterilizations in Peru, “In October 1998, Congress enacted an amendment introduced by Representative Todd Tiahrt as part of the FY1999 Foreign Operations, Export Financing, and Related Programs Appropriations Act that directs voluntary family planning projects supported by the United States to comply with five specific requirements.”

Those requirements lay out stricter guidelines that are supposed to prevent funding from going to coerced sterilizations.

This amendment, “which became known as the Tiahrt amendment, has been included in foreign operations appropriations in each subsequent fiscal year,” the Congressional Research Service reports.

According to Spanish website LaRazon, Gloria Basilio, 46, recalled that government nurses came to her home in the 1990s, telling her that because she already had three children, she should not bear any more.

“They explained to me ‘in the future, we will privatize schools and hospitals and there won’t be any money.’ My children wouldn’t have an education, so it was obligatory to tie my [Fallopian] tubes. They didn’t pay me anything, so I told them, ‘I'll think about it.’” Two days later, she said, the nurses returned and told her that she should take advantage of the government program because sterilization would soon become expensive.

When the nurses returned for a third visit while Basilio’s husband was travelling, Basilio agreed to the procedure.

“They came for us at five in the afternoon, then they tied down our arms, blindfolded us, and without any machines. Through the blindfold, I could see the surgical saws and how the blood sprayed on the doctors from my abdomen. But I couldn’t move because I was anesthetized. They cut me up like a hog.”

Basilio and thousands of other poverty-stricken Peruvian women are demanding justice and a hearing of their concerns.

Another of the victims of the contraceptive program was María Mamérita Mestanza Chávez, a woman from an indigenous community in the mountainous Cajamarca region of Peru. According to various media reports, she agreed to demands for sterilization after 10 threatening visits from government medical personnel. On March 27, 1998, personnel of the Peruvian Ministry of Health operated on and sterilized her without a doctor present. The officials did not offer any information about the risks and consequences of the operation or any further medical assistance. In less than two weeks, on April 4 of that year, Mestanza Chávez died as a result of an infection.

Besides Mestanza Chávez, Peruvian prosecutors have identified four other women who died as a result of forced or involuntary sterilizations: Alejandra Aguirre Auccapina, Reynalda Betallaluz Aguilar, Marían Espinola Otiniano, and Celia Ramos Durand. The number of victims of Fujimori’s sterilization campaign range as high as 300,000. Of these, 272,000 were female and 22,000 were male. Of these, 2,166 have presented complaints before prosecutors. Approximately 1,316 victims of sterilization have been added to the case so far. There are 5,758 women whose names appear on the National Victims Registry that is maintained by the Ministry of Justice.

Some women were sterilized unknowingly when government medical personnel performed caesarean deliveries for them. Many of the victims are illiterate and are non-native speakers of Spanish. The indigenous people of Peru speak the pre-Columbian Aymara or Quechua languages. According to Adolfo Castañeda of Human Life International, many of these women agreed to be sterilized only after being offered food for themselves and their hungry children.

Peruvian feminist Giulia Tamayo told the Peruvian website LaMadre that she observed in the poorest districts of her country that government agencies had quotas to fulfill for sterilizations among women. Many of these districts are heavily populated by indigenous people. Some of these districts were targeted, she said, because the government judged them to be under the control of narcotraffickers and armed leftist insurgents.

USAID was funding Peru’s health system during the period that sterilizations were widespread. Other organizations involved in the campaign were the United Nations Population Fund (UNFPA) and the nonprofit Japanese NIPPON Foundation.

According to the pro-life Population Research Institute (PRI), USAID files show that Project 2000, an accord reached by the U.S. with Peru in 1993, put the agency at the forefront of Peru’s health ministry during the years that the abuses took place. UNFPA donated $10 million for the forced-sterilization campaign, bolstering the millions spent by American taxpayers.

Concerning the Peruvian victims, in an email to LifeSiteNews, PRI President Steven Mosher wrote: “These women not only deserve compensation, the government needs to apologize to them for violating their human rights.”

“President Alberto Fujimori, elected to a second term in mid-1995, had wasted no time in legalizing sterilization as a method of birth control. He ordered the country’s Ministry of Health, headed by Dr. Eduardo Yong Motta, to focus its efforts on family planning, specifically, on tubal ligations. To train Peruvian doctors and officials in how to structure and run a sterilization campaign, Dr. Motta brought in Chinese, Indian and Colombian doctors who had carried out such campaigns in their own countries. To monitor the success of the campaign, Fujimori himself set national targets for the numbers of sterilizations to be performed—100,000 in 1997 alone—and demanded weekly progress reports.

Mobile sterilization teams, a fixture of such campaigns, were soon being assembled in the capital city of Lima. These teams of doctors and nurses, who often had no prior training in obstetrics or gynecology, were hurriedly taught how to do tubal ligations, and then sent to the countryside to conduct a series of one- or two-week ‘ligation festivals.’ Prior to a team’s arrival in an area local Ministry of Health employees would hang banners announcing the forthcoming ‘Ligation Festival,’ and fan out across the countryside to captar [ ‘bring in’ or ‘capture’ in English] women for tubal ligations. The effort was focused on the poorer provinces, home to a high percentage of Peruvians of Indian descent.”

In 1974, during the Nixon administration, bearing the title “Implications of Worldwide Population Growth For U.S. Security and Overseas Interests, National Security Study Memorandum (NSSM-200 or so-called Kissinger Memorandum, which bore the name of erstwhile Secretary of State Henry Kissinger) set out the American foreign policy goals for demographic collapse of Latin America and other regions of the world. The secret document was declassified in 1989.

Dr. Brian Clowes of Human Life International analyzed the document, noting, “In order to protect U.S. commercial interests, NSSM-200 cited a number of factors that could interrupt the smooth flow of materials from lesser-developed countries…to the United States, including a large population of anti-imperialist youth, who must…be limited by population control.”

As for former Peruvian President Alberto Fujimori, he remains in prison after the country’s supreme court overturned a presidential pardon in 2018. He was sentenced in 2005 to a 25-year sentence for human rights violations involved in using death squads to fight leftist insurgents in his country.