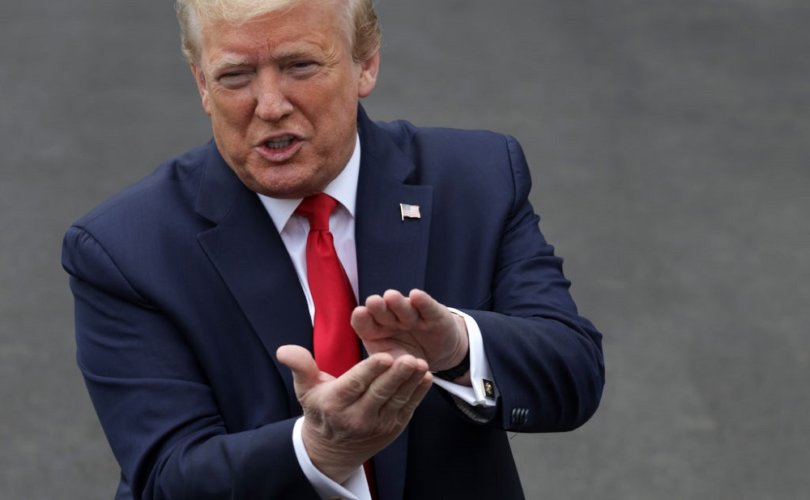 NEW YORK, May 22, 2020 (C-Fam) — Health ministers from around the world adopted a resolution on health policies to respond to the COVID-19 pandemic early this week at the World Health Assembly that includes “sexual and reproductive health.” The United States objected to the inclusion of the term and rejected the notion of an international right to abortion.

“There is no international right to abortion, nor is there any duty on the part of States to finance or facilitate abortion,” read a written statement submitted by the United States as a formal reservation during the first ever virtual meeting of the World Health Organization’s governing body.

U.S. policy supports “the highest attainable outcomes for health, life, dignity, and well-being throughout their lives” and “high-quality health care for women and girls across the lifespan,” according to the U.S. reservation, just not abortion.

In the statement, the U.S. government rejected two paragraphs in the World Health Assembly’s COVID-19 resolution for including the term “sexual and reproductive health.”

“We do not accept references to ‘sexual and reproductive health,’ or other language that suggests or explicitly states that access to abortion is included in the provision of population and individual level health services,” the statement read.

While the paragraphs recognize that health policies and laws are up to states, the inclusion of ambiguous terms like “sexual and reproductive health” in UN resolutions still gives UN agencies cover to promote abortion, as the World Health Organization does routinely and has done during the COVID-19 pandemic.

“The United States believes in legal protections for the unborn,” the U.S. statement reads.

The U.S. reservation also repeated the address by U.S. President Donald Trump to the General Assembly in 2019, “Americans will never tire of defending innocent life” and chided UN bodies for promoting abortion as a human right and pressuring countries to remove legal restrictions on abortion.”

“All in all, the U.S. did an excellent job in advancing pro-life positions at this year’s World Health Assembly,” Scott Fischbach, the Executive Director of Minnesota Citizens Concerned for Life, told the Friday Fax.

While the U.S. position did not prevail because “sexual and reproductive health” was included in the resolution, Fischbach stressed, “The U.S. stood strong for life throughout the negotiations on the document.”

The U.S. statement’s emphasis against an obligation to fund abortion is new. It is a reaction to UN entities and European countries pressuring the U.S. government to allow funding for abortion in humanitarian emergencies like natural disasters and wars.

The U.S. is the largest single donor to the World Health Organization, contributing one fifth of the organization’s budget with roughly $420 million in 2019.

Federal law prohibits U.S. foreign aid funds from being used to perform abortion or coerce anyone into performing abortion. The law, known as the Helms Amendments, first passed in 1973 and applies to all foreign aid, including emergency aid for the COVID-19 pandemic.

Federal law also prohibits lobbying for or against abortion by international organizations, such as the World Health Organization. President Trump has put in place and expanded the Mexico City Policy to bar foreign nongovernmental organizations that perform and promote abortion from receiving any U.S. foreign assistance.

A letter released earlier this week by Acting Director of the U.S. Agency for International Development John Barsa, appears to signal a more aggressive posture of the Trump administration in defending U.S. pro-life laws and policies in diplomatic settings.