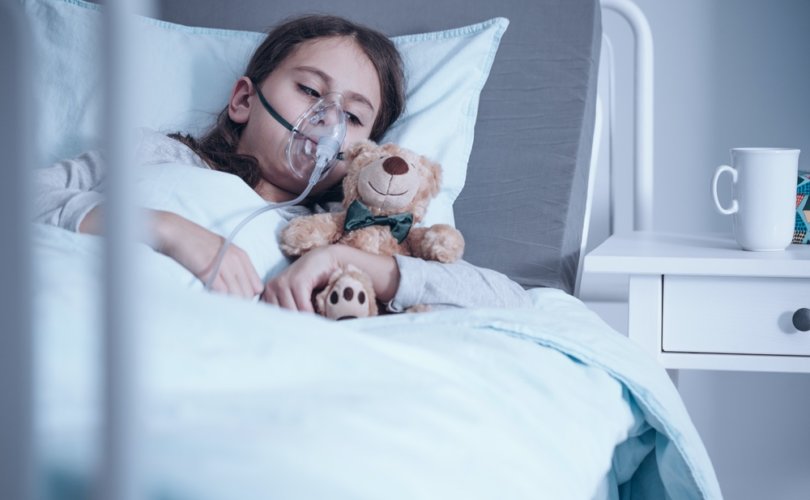 WASHINGTON, D.C., January 15, 2020 (LifeSiteNews) — Senator Mike Lee (R-Utah) has introduced two bills to strengthen parental rights nationally. One would require hospitals receiving federal funding to provide public notice of their policies on end-of-life care for minors — including with regard to “do not resuscitate” orders. The second would require hospitals receiving federal funding to make public their policies on parental access to minors’ medical records.

“Parents play the most important role in caring for the health of their children,” said Lee. “It is critical that they have information about the policies of the health organizations to which they bring their children for care, and that they have the ability to access their medical records. These bills would ensure that parents are afforded the right to remain informed and involved in their children’s care.”

The bills come at a time when “parental rights in America are now under greater threat than at any time in recent history,” according to Terry Schilling, executive director of the American Principles Project. “Nowhere is this threat more perilous than in healthcare.”

In 2010, doctors in St. Louis caring for an infant named Simon Crosier, who had Trisomy 18, secretly placed a “do not resuscitate” (DNR) order in his medical file.

As Grace Stark explained in The Federalist:

Doctors were quick to label Simon’s condition as “incompatible with life,” and unbeknownst to his parents, placed a DNR order in his medical chart. The Crosiers watched on in horror as one day, three-month-old Simon’s oxygen saturation levels dropped and doctors stood by, doing nothing to intervene.

In the wake of his death, the Crosiers were finally able to view their son’s medical chart, and were shocked to find the unauthorized DNR. They were also greatly troubled to find that only “comfort feeds” had been authorized by Simon’s medical providers, despite their hopes that he would eventually be eligible for corrective heart surgery if he grew large enough. Simon died three days before his scheduled surgical consultation.

“Tragic cases like this are just the tip of the iceberg,” said Schilling. “Fortunately, some states have begun to act to protect parental rights, but the threat has become too significant and widespread for these efforts alone.”

“Simon’s Law,” preventing doctors from withholding treatment from children without parental consent, has since passed in Kansas, South Dakota, Arizona, and Missouri.

The Parental Accessibility Rights for Emergency and Negligent Treatment (PARENT) Act — the bill to require hospitals that receive federal funding to disclose their policies on end-of-life care for minors — is currently co-sponsored by Republican senators Josh Hawley of Missouri, James Lankford of Oklahoma, Kevin Cramer of North Dakota, and Mike Braun of Indiana.

Braun, Cramer, and Lankford are also co-sponsors of the Parental Right to Know Act, Lee’s bill requiring hospitals that receive federal funding to disclose their policies on parental access to minors’ medical records.

The “PARENT Act and Parental Right to Know Act represent a good first step toward a more robust defense of parental rights in federal law,” said Schilling. “We commend Sen. Lee for his leadership, and we encourage his congressional colleagues to urgently press forward on this issue and look for more ways to codify something that has always been understood up until recently — that parents have a fundamental right to direct the upbringing of their children.”