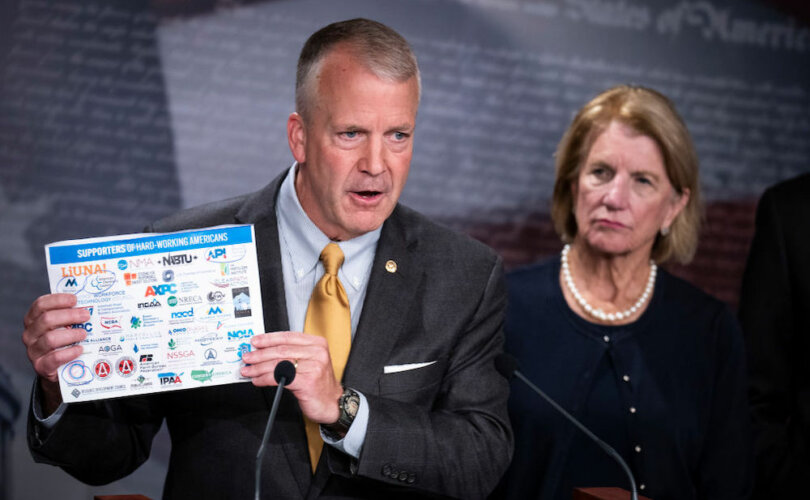 WASHINGTON, D.C. (LifeSiteNews) – Democrats’ bill to codify same-sex “marriage” passed another key procedural vote in the Senate on Monday, supported by a handful Republicans who continue to side against the party’s base.

The Senate voted 61-35 to end debate on an amendment to the “Respect for Marriage Act” (RMA) ostensibly meant to address religious freedom concerns, the Hill reported. But the amendment, drafted by a coalition of Democrat and liberal Republican senators, has faced widespread, scathing criticism from conservatives for failing to include meaningful protections for individuals and organizations opposed to same-sex “marriage.”

Monday’s vote paves the way for a final vote in the Senate, which is scheduled for tomorrow and requires 60 “yes” votes, according to the U.S. Senate Periodical Press Gallery.

The RMA would make the redefinition of marriage the law of the land, even in the event that the Supreme Court overturns its 2015 Obergefell v. Hodges decision that mandates legal recognition of same-sex “marriage” nationwide.

The bill would repeal the Defense of Marriage Act of 1996, which federally recognized marriage as a union between one man and one woman and the guaranteed the right of states to uphold traditional marriage, and instead would require the federal government and all 50 states to recognize homosexual “marriages” and any other marriages lawfully performed in any state.

The Senate will vote tomorrow on amendments offered by Republican Sens. Mike Lee of Utah, James Lankford of Oklahoma, and Marco Rubio of Florida designed to blunt the bill’s impact on religious freedom.

The Lankford and Rubio Amendments each require a majority vote for passage. The Lee Amendment, the most comprehensive of the three, needs 60 votes, effectively dooming its passage in the evenly-divided Senate.

As LifeSiteNews reported, the Senate voted two weeks ago to begin formal debate on the RMA, with 12 Republicans joining all Democrats to clear the Senate’s 60-vote filibuster threshold.

The same 12 Republicans joined Democrats on Monday to advance the bill once again.

So far two GOP senators who voted to move forward on the RMA – Sens. Sullivan and Lummis – have announced their support of the Lee Amendment.

The House already passed the bill in July with an unexpected 47 Republican votes and the blessing of Republican House leaders, including House Minority Leader Kevin McCarthy. It would have to pass the House again after being amended in the Senate.

The White House has enthusiastically endorsed the RMA, which would be Joe Biden’s first major legislative victory on LGBT issues.

Polling has consistently shown broad disapproval of the legislation among Republican voters, however.

Seventy percent of GOP voters in the five states oppose the bill, according to the poll.