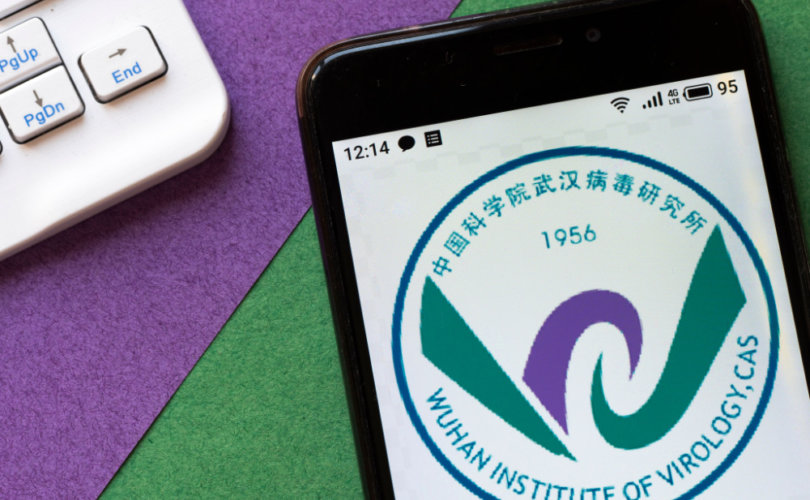 WASHINGTON, D.C. (LifeSiteNews) – Republican Senator Joni Ernst of Iowa introduced a bill Friday that would prohibit federal funding for EcoHealth Alliance, the non-profit that helped to fund research at the Wuhan Institute of Virology.

In a statement to the Daily Caller, Ernst noted that “Giving taxpayer money to EcoHealth to study pandemic prevention is like paying a suspected arsonist to conduct fire safety inspections.”

“[The National Institutes of Health (NIH)] got it right when it canceled the funding for the experiments EcoHealth Alliance was conducting with China’s state-run Wuhan Institute,” Ernst continued. “In addition to violating multiple federal laws, EcoHealth has still not turned over documents about these dangerous studies that NIH has requested on multiple occasions that could offer vital clues to the origins of the COVID-19 pandemic.”

In addition to prohibiting federal funding for EcoHealth Alliance, the bill also proposes that the Comptroller General of the United States “shall conduct a study, and submit a report to Congress, regarding the amount of Federal funds awarded to EcoHealth Alliance, Inc., during the 10-year period preceding such date of enactment, that were provided, whether purposely or inadvertently, to the People’s Republic of China, the Chinese Communist Party, the Wuhan Institute of Virology, or an agency or instrumentality of such entities.” The study would be conducted “no later than two years” after the date of the bill’s enactment.

The bill follows the announcement of further funding for EcoHealth Alliance by the National Institute of Allergy and Infectious Diseases (NAIAD).

The grant focuses on an EcoHealth Alliance project called “Analyzing the potential for future bat coronavirus emergence in Myanmar, Laos, and Vietnam,” FOX News reported. According to the National Institutes of Health (NIH), the agency that oversees NAIAD, the project “will conduct in-depth surveys and serological testing in communities with high exposure to wildlife, identify wildlife reservoirs of the coronaviruses they are exposed to, and use clinic-based surveillance to assess cases and clusters of associated illnesses, as well as testing public health strategies to disrupt spillover and spread.”

It should be noted that EcoHealth Alliance was awarded a new NIH grant ten days ago, providing an additional $3.3 M over five years for a project including high-risk virus discovery research in bats in southeast Asia (grant AI163118; https://t.co/lpq6ESqnaQ).

Daszak has previously contacted NAIAD director Dr. Anthony Fauci over EcoHealth Alliance’s role in the beginning of the COVID-19 pandemic. In April 2020, Daszak thanked Fauci for distancing gain-of-function research the non-profit conducted at the Wuhan lab from the origins of the pandemic via email.

The belief in what has subsequently been called the lab leak theory was initially condemned as harmful misinformation by mainstream media outlets, in part as a result of Daszak’s influence, the Daily Mail reported. But by mid-2021, as evidence mounted, mainstream voices began to acknowledge it as a possibility.

Last May, Republican members of the House Intelligence Committee released a report finding “significant circumstantial evidence” that COVID spread from a leak at China’s Wuhan Institute of Virology (WIV), and Republican U.S. Sen. Rand Paul of Kentucky has taken a leading role in investigating Fauci for his oversight in the U.S. government’s alleged role.

Fauci announced that he would be retiring in December, after dictating COVID policy during the duration of the pandemic. Republican leaders have indicated that his retirement will not make him immune from investigation.

EcoHealth Alliance has received over $7 million in federal funding since June 2020.

A previous grant worth $4.7 million dollar from the U.S. Agency for International Development (USAID) to the non-profit drew Republican criticism over EcoHealth Alliance’s research at Wuhan. The NIH also criticized EcoHealth Alliance for failing to report research findings about bat coronaviruses in mice, FOX News reported.

The NIH also lists a grant to EcoHealth Alliance called “Understanding Risk of Zoonotic Virus Emergence in EID Hotspots of Southeast Asia,” which had a projected start date of June 13, 2020, and is set to end in May 2023. The grant provides about $1.5 million for 2022 to the non-profit.

‘I created it’: Fauci jokes about producing COVID in his kitchen