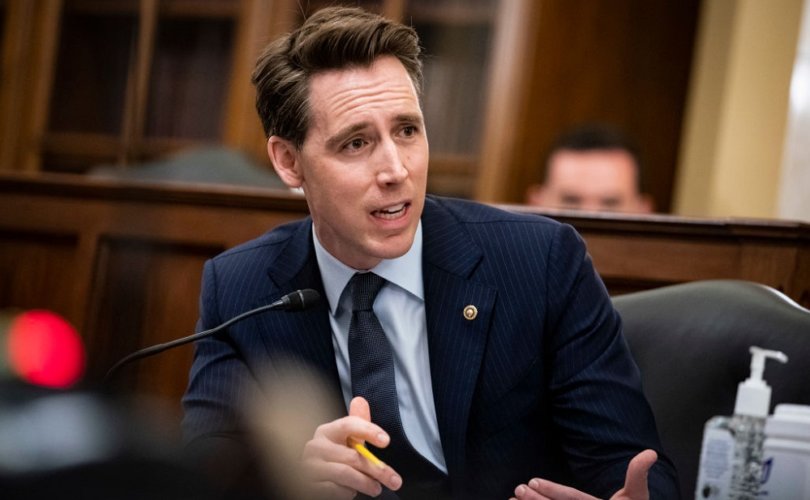 According to the wording of the bill, it would amend Section 230 of The Communications Act of 1934 “to provide accountability for bad actors who abuse the Good Samaritan protections provided under that Act, and for other purposes.”

Hawley’s bill would allow users to sue for $5,000 plus legal fees if they believe that an online “platform” is not “operating in good faith.” It is sponsored by Republican Sens. Mike Braun, Marco Rubio, and Tom Cotton.

In a statement yesterday, Hawley said, “For too long, Big Tech companies like Twitter, Google and Facebook have used their power to silence political speech from conservatives without any recourse for users.”

“Section 230 has been stretched and rewritten by courts to give these companies outlandish power over speech without accountability. Congress should act to ensure bad actors are not given a free pass to censor and silence their opponents.”

Section 230 of the Communications Decency Act gives protections to platforms such as Twitter, YouTube, and Facebook from being sued for user-posted content. This is because current law classifies them as “platforms” rather than “publishers.”

Traditional news outlets, along with other publishers, have no such protection and face lawsuits for publishing libelous claims.

Information Technology and Innovation Foundation vice president Daniel Castro said in a statement yesterday that Hawley’s bill would “undercut” the ability of social media platforms to effectively moderate themselves.

“This legislation would expose popular social media services to a wave of new lawsuits that would undercut their ability and willingness to effectively moderate their platforms,” said Castro.

“While this legislation is unlikely to gain broad support, it represents yet another attempt to intimidate companies from enforcing fair and reasonable online content moderation practices by threatening to poke holes in the intermediary liability protections that have formed the legal foundation of the internet economy.”

The bill is the latest in attempts by lawmakers and President Donald Trump to go after online platforms’ protections from their legal liability regarding user-posted content.

Hawley’s bill would only apply to online platforms or mobile apps which have more than $1.5 billion in global income, along with over 30 million users in a month domestically, or 300 million worldwide.

One of the bill's sponsors, Senator Rubio, said in a statement that it is time to take a “fresh look” at Section 230.

“Recent actions by Big Tech call into question the legal immunities that social media companies enjoy under Section 230 and whether these firms live up to their obligations,” said Rubio. “It is time to take a fresh look at the statute and clarify the vague standard of ‘good faith’ for which technology companies receive legal protections. That is exactly what this bill does. While Section 230 serves an important purpose, it should not protect unrelated activities such as censorship and political activism.”

Hawley recently took aim at Monday’s U.S. Supreme Court ruling in Bostock v. Clayton County, Georgia, which concluded that “sex discrimination” in Title VII of the 1964 Civil Rights Act should be inferred to mean “sexual orientation” and “gender identity” in addition to its original natural meaning.

He gave an impassioned speech before the U.S. Senate Tuesday, decrying “the end of the conservative legal movement” and called out the Republican Party for its treatment of religious conservatives.