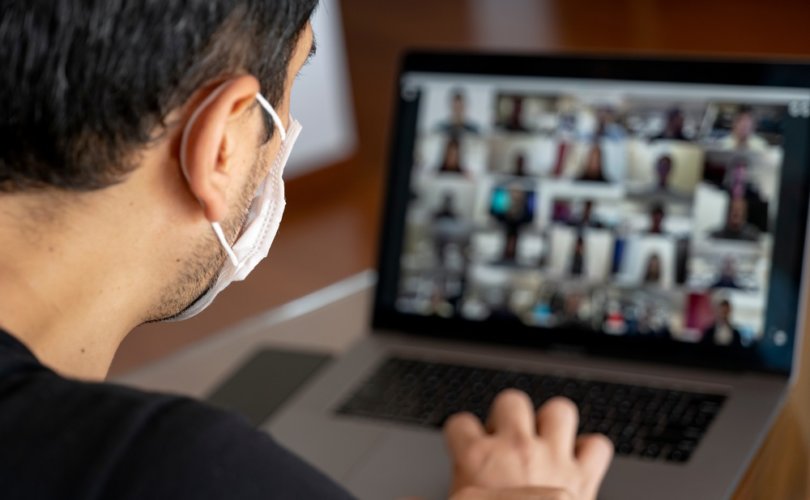 WISCONSIN, August 18, 2020 (LifeSiteNews) — The head of a government department in the U.S. state of Wisconsin told his employees they should wear masks during online teleconferences to show that they “care[] about the safety and health of others.”

“Wear your mask, even if you are home, to participate in a virtual meeting that involves being seen — such as on Zoom or another video-conferencing platform — by non-DNR staff,” said the head of Wisconsin’s Department of Natural Resources (DNR) Preston Cole, according to an August 10 report from the Milwaukee Journal Sentinel.

“Set the safety example which shows you as a DNR public service employee care about the safety and health of others.”

Cole was said to have made the statement in a July 31 email, according to the Journal Sentinel.

McClatchy News reported that a DNR spokesperson told them that her department gave the mask mandate, as to “visually remind folks” of the “importance” of mask-wearing.

“By wearing a mask while video conferencing with the general public, we visually remind folks that masking is an important part of navigating the business of natural resources during this tumultuous time,” Sheridan was quoted as saying in the McClatchy report.

“[The reason why w]e ask staff to wear masks when on externally facing calls is that, taken out of context, a screenshot of a staff person or high ranking department official, if not properly attributed, could be misinterpreted to suggest that state employees are not properly following the Governor’s directive.”

Wisconsin Democratic governor Tony Evers mandated masks statewide indoors and in an “enclosed space.” The mandate came into effect August 1 but does not extend to private residences.

Joe Sanfelippo (R), a representative in the Wisconsin State Assembly, was quoted as saying to the Journal Sentinel that wearing a mask for the “appearance of helping” is not something he can get behind.

“I’m more inclined to support things that actually do help as opposed to just putting on an appearance of helping,” he said.

The Wisconsin legislature is Republican-controlled, and as such, Republican politicians have been debating whether to overturn Evers’s mandate. To date, they do not have enough votes to do so.

The founder of America’s Frontline Doctors, Dr. Simone Gold, said via Twitter that the Wisconsin teleconference mask mandate has no basis in science.

“I would just like to reiterate that you can’t transmit COVID-19 over webcam or Zoom. These policies are nowhere based in scientific or medical literature,” wrote Gold on Twitter this past Friday.

At the press conference, Gold and other doctors championed hydroxychloroquine as an effective treatment for the coronavirus.

Steve Jalsevac, LifeSiteNews co-founder and managing director, said in a recent blog post that the increase in mandatory masking is driven not by science, but by fear, and is a change from what “health experts” were saying earlier on.

Dr. Dan Erickson, who owns Accelerated Urgent Care and who also spoke at the “White Coat Summit,”  was quoted as saying in a Breitbart report that “I’m watching people in their Prius by themselves driving with a mask on. There’s no sense to it.”

National Institute of Allergy and Infectious Diseases director Dr. Anthony Fauci supports mask-wearing. He was quoted by ABC News saying Americans should add “goggles or an eye shield” to their mask use.

A recent Marquette University Law School poll found that 93% of Democrats support the wearing of masks in their state, while 43% of Republicans support a mask mandate.

When it comes to local schools, Evers has said he has no plans on closing them and that schools are free to decide whether they open or not come the fall.

The Wisconsin state Department of Health Services data say that over 66,000 positive cases of coronavirus have been reported thus far in the state with 1,039 deaths. The state has a population of 5.8 million.