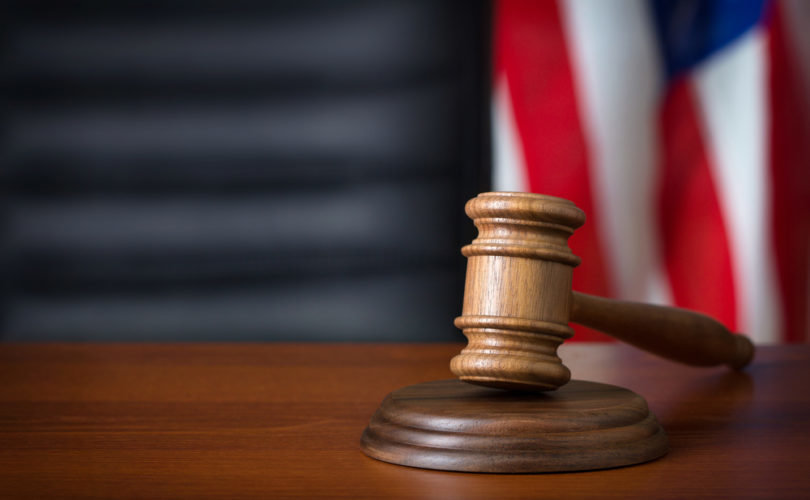 WASHINGTON, D.C., May 6, 2015 (LifeSiteNews.com) — By declining to hear a challenge to a lower-court decision, the U.S. Supreme Court has effectively solidified New Jersey's ban on “reparative therapy,” or counseling designed to steer people away from their unwanted same-sex attractions.  Republican Gov. Chris Christie signed the ban into law in August 2013.

The New Jersey ban applies only to minors.  According to Parents and Friends of Ex-Gays and Gays (PFOX), noncompliance by parents could result in the state taking their children away.

The Human Rights Campaign, a powerful lobby dedicated to redefining marriage and normalizing homosexuality, recently decried reparative therapy as “a range of dangerous and discredited practices” that can “lead to depression, anxiety, drug use, and suicide.”  In February 2014, activists in favor of normalizing homosexuality demanded that the United Nations classify reparative therapy as a form of torture.  Such accusations depend on the assumption that same-sex attractions are innate, unchangeable, and irresistible, despite a lack of evidence to support this theory and an abundance of evidence to the contrary.

But while reparative therapy has been panned in the media and the courts, not all therapists condemn the practice.  The Alliance for Therapeutic Choice and Scientific Integrity in conjunction with the NARTH Institute, for example, strongly advocated for Gov. Christie to veto New Jersey's ban in July 2013.  In a statement released at that time, the group emphasized the ban's threat to personal freedom: “The freedom of a gay teen to choose a therapist that honors his or her goals and values is unchallenged.  All citizens should expect equal treatment and protection from the law and lawmakers.”

Additionally, Mat Staver, the Liberty Counsel attorney who represented the New Jersey plaintiffs, claimed in a separate but related lawsuit that his client desired to repudiate his same-sex attractions.  “Before states began passing legislation banning change therapy, the treatment was driven by the minor's desired outcome,” Staver said.  “Our client and his family were on the way to that desired outcome, until Governor Christie signed a law prohibiting further treatment. … Governor Christie has no right coming into the therapy session of this young man and telling him what kind of counseling he can receive.”

A federal judge dismissed the challengers' case in November 2013, deciding that “'counseling' is not entitled to special constitutional protection merely because it is primarily carried out through talk therapy.”

Christie, who expressed reservations about interfering with “parents on raising their children,” nonetheless signed the ban – “reluctantly,” he claimed.  Yet, Christie rationalized, “exposing children to … health risks without clear evidence of benefits is not appropriate.”

On the point of the state's involvement with how parents raise their children, the Alliance-NARTH statement stressed that “[a]ny society that grants the right to an adolescent to decide to terminate a pregnancy … cannot rationally suggest that this same adolescent should not have the right to freely participate in conversational counseling to discuss sexuality.”  New Jersey currently has no parental notification or permission requirement for minors seeking an abortion.

Along with New Jersey, one other state has passed legislation to ban reparative therapy: California, under Democrat Gov. Jerry Brown, in October 2012.  (The District of Columbia City Council passed its own ban in December of last year.)  The Supreme Court refused in 2014 to hear the challenge to California's reparative therapy ban.