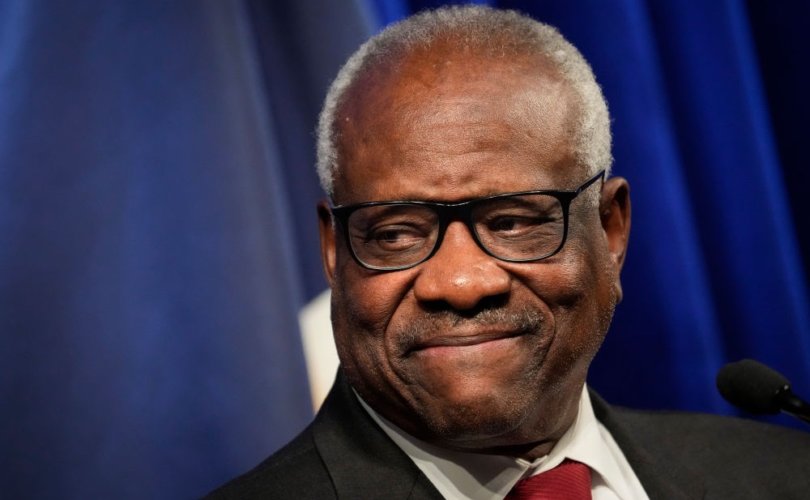 WASHINGTON, D.C. (LifeSiteNews) — The U.S. Supreme Court delivered a huge victory for Americans’ Second Amendment rights on Thursday, striking down a law that had placed heavy restrictions on the ability to lawfully carry firearms in public.

In the 6-3 majority opinion penned by conservative Justice Clarence Thomas, the Court declared that a New York law requiring people to declare a particular need to carry a gun as a prerequisite for obtaining a concealed carry permit infringed on Americans’ constitutional right to “keep and bear arms,” the Associated Press reported.

BREAKING: The U.S. Supreme Court strikes down a New York law requiring people to demonstrate a need to get a license to carry a gun in public. https://t.co/BmqvHggPzg

The ruling defending gun ownership comes as Congress advances legislation aimed at curbing Americans’ rights to own and carry weapons in the wake of several recent mass shootings. Democrats and some left-leaning Republicans have responded to the shootings by pushing for stricter gun control measures, while conservatives have called for different solutions, including tighter security measures at schools.

In the majority opinion, Thomas wrote that legislation demanding citizens prove their need to carry a weapon “is not how the Second Amendment works when it comes to public carry for self-defense.”

“We know of no other constitutional right that an individual may exercise only after demonstrating to government officers some special need,” Thomas said, explaining that New York’s restrictive law blocked “law-abiding citizens with ordinary self-defense needs from exercising their right to ‘keep and bear arms’ in public.”

Thursday’s decision, which the AP highlighted as “the high court’s first major gun decision in more than a decade,” was split along ideological lines, with the six conservative justices agreeing that the New York law violated the right to keep and bear arms. The Supreme Court’s three liberal justices, Stephen Breyer, Elena Kagan and Sonya Sotomayor, dissented from the majority opinion, Axios noted.

WATCH: Trudeau says you ‘cannot use a gun for self-protection in Canada’

“Today’s ruling is a watershed win for good men and women all across America and is the result of a decades-long fight the NRA has led,” NRA executive vice president Wayne LaPierre said in a statement. “The right to self-defense and to defend your family and loved ones should not end at your home.”

Meanwhile, U.S. President Joe Biden, who has long pushed for sweeping gun control measures including bans on so-called “assault rifles” and high-capacity magazines, called the decision “deeply disappointing,” and urged Americans to “make their voices heard on gun safety” because “[l]ives are on the line.”

Vice President Kamala Harris also said she was “deeply concerned and troubled by the Supreme Court’s ruling today,” adding “it defies common sense and the Constitution of the United States.”

Kamala Harris says she is “deeply concerned and troubled by the Supreme Court’s ruling today” and says “it defies common sense and the Constitution of the United States.” pic.twitter.com/niQxsg8gvf

While the Supreme Court’s ruling struck down a specific gun control law in New York, the decision won’t just impact residents of the Empire State.

The Associated Press reported that the landmark ruling will likely open the door to “more people to legally carry guns on the streets of the nation’s largest cities — including New York, Los Angeles and Boston — and elsewhere.”

Roughly 25% of the U.S. population currently resides in states that have enacted gun control measures similar to the New York law, the AP report noted, meaning that a large swath of Americans will now see their right to lawfully carry firearms in public expanded even in blue states and cities.

In another 6-3 decision, with a majority opinion written by Chief Justice John Roberts, the Court ruled in Carson v. Makin that Maine’s law prohibiting taxpayer school choice dollars from going to religious institutions was unconstitutional.

The decision has been regarded as a major win for American parents who want to send their children to schools that align with their values and beliefs. The Washington Free Beacon characterized the ruling as “the biggest victory the school choice movement has ever achieved in the Supreme Court.”

The decisions on gun control and school choice come amid a flurry of other rulings as the Supreme Court winds down its term.

Despite handing down nine rulings this week alone, however, the Court has yet to release its official decision in the much-anticipated Dobbs v. Jackson Women’s Health Organization case, which concerns Mississippi’s 15-week abortion ban and could result in the overturning of the federal “right to abortion” established in Roe v. Wade (1973).

Many expect the Court to rule in favor of Mississippi by fully overturning both Roe v. Wade and Planned Parenthood v. Casey (1992), which upheld Roe, after the unprecedented leak of a draft majority opinion in Dobbs last month.

According to the leaked draft, the Supreme Court’s precedent creating a “constitutional right to abortion” was “egregiously wrong from the start.”

An official decision is expected in Dobbs any day. The Court is slated to issue another round of opinions Friday.