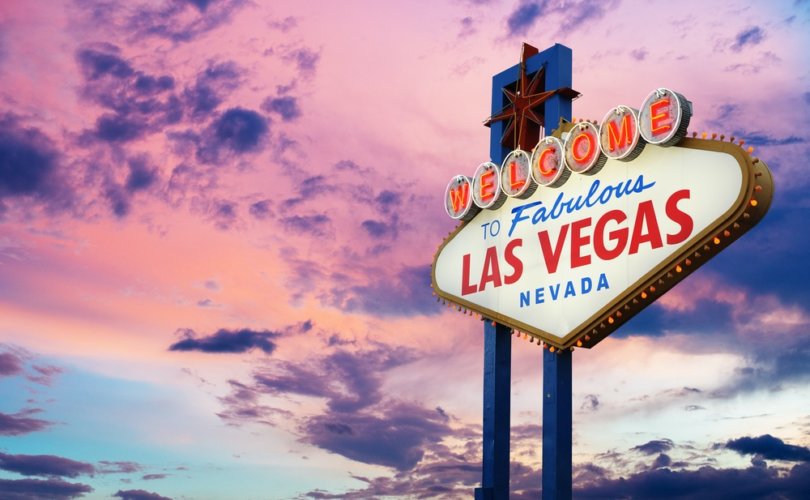 WASHINGTON, D.C., July 27, 2020 (LifeSiteNews) ― On Friday, the United States Supreme Court declined to intervene on behalf of a Nevada church challenging the state’s ban on religious gatherings of more than 50 people while casinos are allowed to fill with thousands as long as they are at 50 percent capacity.

The state of Nevada argued, however, that it could lawfully discriminate against places of worship for public health and economic reasons.

In his dissent, Justice Alito contrasted Nevada’s treatment of churches with its preference for the state’s casinos, noting that even at 50 percent capacity some Las Vegas casinos are hosting thousands of patrons.

The judge also pointed out that the American Constitution guarantees “free exercise of religion,” not gambling.

Alito said that the Supreme Court’s willingness to allow Nevada to discriminate against places of worship was “disappointing.” He stated also that the state’s directives violate the First Amendment and do “irreparable harm” to Calvary Chapel and its congregants.

Justice Gorsuch stated that it was obvious that Nevada was discriminating against places of worship in favor of houses of entertainment.

“This is a simple case,” he wrote.

“Under the Governor’s edict, a 10-screen ‘multiplex’ may host 500 moviegoers at any time. A casino, too, may cater to hundreds at once, with perhaps six people huddled at each craps table here and a similar number gathered around every roulette wheel there,” he continued.

“Large numbers and close quarters are fine in such places. But churches, synagogues, and mosques are banned from admitting more than 50 worshippers—no matter how large the building, how distant the individuals, how many wear face masks, no matter the precautions at all.”

“In Nevada, it seems, it is better to be in entertainment than religion. Maybe that is nothing new.”

But the First Amendment forbids such “obvious discrimination,” he said adding, “But there is no world in which the Constitution permits Nevada to favor Caesars Palace over Calvary Chapel.”

Justice Kavanaugh said that “the First Amendment requires that religious organizations be treated equally to the favored or exempt secular organizations, unless the State can sufficiently justify the differentiation.” He believes, with the abovementioned judges, that Nevada failed to do this.

Kavanaugh argued that Nevada’s justifications for the discrimination, public health and the economy, are not persuasive.

“Nevada has not demonstrated that public health justifies taking a looser approach with restaurants, bars, casinos, and gyms and a stricter approach with places of worship,” he wrote.

As for the economy, “no precedent suggests that a State may discriminate against religion simply because a religious organization does not generate the economic benefits that a restaurant, bar, casino, or gym might provide,” Kavanaugh stated.

“The Constitution does not tolerate discrimination against religion merely because religious services do not yield a profit.”

An earlier case that provided a reference for the hearing was South Bay United Pentecostal Church v. Newsom. In this case, a church in California petitioned the Supreme Court against a COVID-19 measure imposed upon places of worship by Governor Gavin Newsom. In South Bay, representatives for the church argued that Newsom had denigrated churches by considering them as “non-essential” as movie theaters, salons, and gyms, ignoring their preferred status in the Bill of Rights.

In that case, too, the Supreme Court denied the church’s application. However, Justice Kavanaugh, who also dissented at that time, stated that this case was different, as the issue in the earlier petition concerned facilities that kept large numbers of people at close quarters for a long period of time versus those that did not. This is not the situation in Nevada, where people are allowed stand beside each other at games of chance:

In South Bay, a church relied on the fact that the California law treated churches less favorably than certain other facilities, such as factories, offices, supermarkets, restaurants, and retail stores. But the law was defended on the ground that in these facilities, unlike in houses of worship, “people neither congregate in large groups nor remain in close proximity for extended periods.” […] That cannot be said about the facilities favored in Nevada. In casinos and other facilities granted preferential treatment under the directive, people congregate in large groups and remain in close proximity for extended periods.

Calvary Chapel Dayton Valley offers three 45-minutes services on Sundays with 30-minute breaks between them so that the church can be cleaned. The community also holds one service on Wednesday evenings. Worshippers wear masks in the church, and households sit six feet apart. Traffic in the church is one way, with a designated entrance and a separate designated exit.