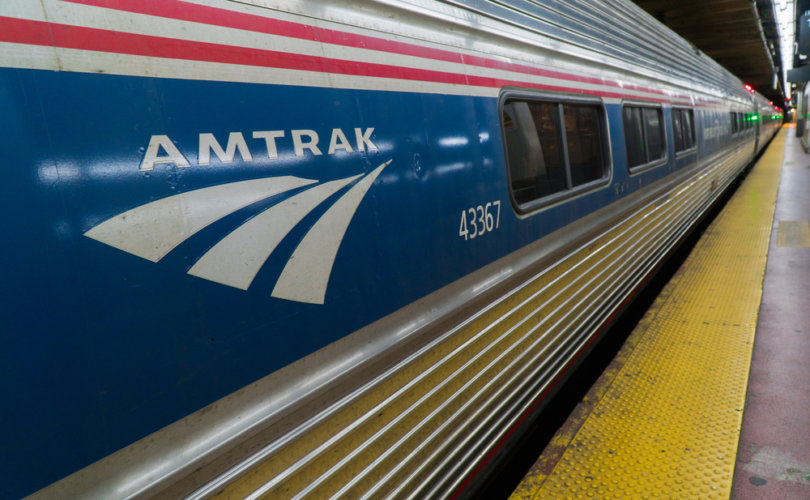 WASHINGTON (LifeSiteNews) — National railroad transportation company Amtrak announced that it has suspended its employee vaccine mandate until January due to a potential reduction in service.

The company, which is fully owned by the federal government but is legally a for-profit organization, is a favorite of President Joe Biden. It recently received $22 billion in extra funding through an infrastructure bill, despite its ridership being at 70% of pre-lockdown levels.

“Amtrak Chief Executive Bill Flynn said the railroad would allow employees who were not vaccinated to get tested,” Reuters reported. “Currently, fewer than 500 active Amtrak employees are not in compliance.”

Yet, the firing or suspension of those employees was enough to cause concern about a loss of service according to the train company’s recent Congressional testimony.

“We anticipate proactively needing to temporarily reduce some train frequencies across our network in January to avoid staffing related cancellations with our plan to fully restore all frequencies by March,” Amtrak President Stephen Gardner told the U.S. House Transportation and Infrastructure Committee on December 9.

About 5% of Amtrak’s employees were not vaccinated, according to Gardner’s testimony.

However, a federal court ruling that halted Biden’s vaccine mandate for government contractors also contributed to the decision.

“This caused the company to reevaluate our policy and to address the uncertainty about the federal requirements that apply to Amtrak,” the company’s memo said, according to Reuters.

Several conservative commentators noted on social media that the small number of employees were enough to effect change.

“Fight to win. A small percentage of people who refuse to comply, can secure freedom for everyone,” Christina Pushaw, the press secretary for Governor Ron DeSantis wrote.

While often heralded as a way to promote public health and return to a normal life, many vaccine mandates have caused problems and led to further disruptions.

The Salvation Army in Canada implemented a jab mandate for all its employees and volunteers. The immediate effect of the injection requirement was the shutdown of several service sites.

For example, the Williams Lake Salvation Army had to close its center that offered free counseling, internet access and activities for all age groups due to a lack of staff.

The soup kitchen in Quesnel also closed — the location served 300 meals a week to the poor and homeless, but could no longer do so after the Salvation Army’s self-inflicted vaccine mandate.

The Christian organization also said it is short 1,500 bell ringers for its well-known Christmas fundraising campaign.

Worse for some Long Beach, New York, residents, their only emergency department will be closed for at least a month due to the state’s jab requirement.

“Some of these six dozen employees are ER nurses who the hospital said are not easily replaced due to training and other factors,” NBC New York reported at the time. “The emergency department, which sees about 10,000 visitors annually, will be closed for at least a month.”