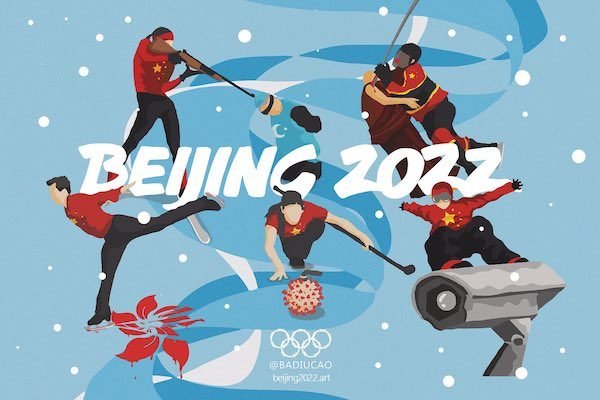 WASHINGTON (LifeSiteNews) — The president of George Washington University backtracked on an order to remove artwork critical of the Chinese government from campus.

In a statement released Monday, university president Mark Wrighton said, “Last week, the university learned of posters on campus depicting images that alarmed some members of our community, and we began to receive a number of concerns through official university channels reporting bias and racism against the Chinese community.”

According to the Foundation for Individual Rights in Education (FIRE), the CSSA said the posters “insulted China” and constituted a “naked attack on the Chinese nation.” The group called for a public apology and that the people who set the posters up should face severe punishment.

Wrighton, reacting to the CSSA demands, removed the posters and set up an investigation into who set them up, saying he was “personally offended” by them. The decision to remove the posters was met with backlash over the weekend after Badiucao called attention to it on Twitter.

I demand him an explanation why exposing CCP’s abuse offends him. pic.twitter.com/Bm5k2nFAJ4

Speaking about the decision to rescind the ban on the posters, Wrighton said, “I have learned from our university scholars that the posters were designed by a Chinese-Australian artist, Badiucao, and they are a critique of China’s policies.” “Upon full understanding, I do not view these posters as racist. They are political statements. There is no university investigation underway, and the university will not take any action against the students who displayed the posters.”

Badiucao, the posters, and the Chinese

The author of the FP piece also found that CSSA chapters usually receive guidance from local consulates or the Chinese Embassy in Washington, which have led to speculation that the attack on Badiucao’s work may have been done under the guidance of the Embassy.

Badiucao, speaking to National Review on Monday, said he “felt really sorry for those kids who are doing their activism to spread the true story of the Chinese government’s crime on their campus in order to make people talk … about those very important issues during the Winter Olympic time.”

The posters have drawn criticism from the Chinese government in the past, with a complaint issued by the Chinese Embassy in Rome to the mayor of the Italian city of Brescia, saying the posters were “full of anti-Chinese lies,” and that they “distort the facts, spread false information, mislead the understanding of the Italian people and seriously injure the feelings of the Chinese people.”

“I have to speak up on [the human rights violations],” Badiucao said, “because people inside of China would have tremendous difficulty to talk about those issues without the threats and harassment they’re facing, but I’m outside of China in a relatively safe and free place.”

The Beijing Olympics have been subject to criticism on account of human rights violations inflicted on the Chinese people by the communist government, with some calling for boycotts of the Games, which end February 20.