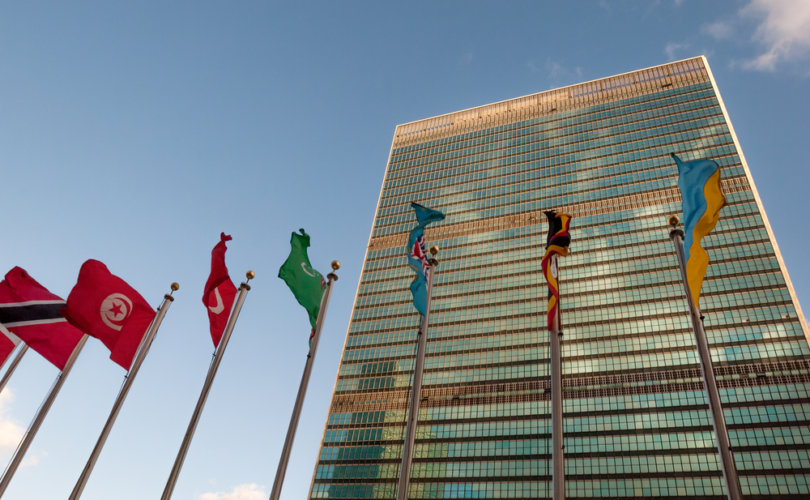 NEW YORK, September 18, 2020 (C-Fam) — Citing concerns about abortion, the Trump administration voted against a UN resolution on the COVID-19 pandemic.

Amid a chorus of reservations and acrimonious voting two Fridays ago, the U.N. General Assembly adopted a long-awaited resolution on the coronavirus. The U.S. cited a long list of concerns, including the insertion of the controversial term “sexual and reproductive health.”

“We do not accept references to sexual and reproductive health,” said U.S. diplomat Jason Mack, pointing to the use of the phrase to legitimize abortion as a “health service.”

“There is no international right to abortion, nor is there any duty on the part of States to finance or facilitate abortion,” he explained.

It took seven months of negotiations for the resolution to be voted on. Even so, Member States could not smooth out all their differences, however, only the U.S. and Israel ended up voting against the resolution. Other delegations expressed reservations rather than vote against it.

Among the reasons cited for voting against the resolution, Mack also cited anti-Israel bias and the ongoing dispute of the U.S. government with the World Health Organization. The resolution speaks highly of the global health body, whereas the U.S. has been critical of its response to the pandemic and has initiated a withdrawal from the international organization.

The U.S. put the paragraph on “reproductive health” to a vote. The vote failed by a wide margin. Only three countries aligned with the U.S. government. One hundred and twenty-two aligned with the European Union, against the U.S. pro-life positions. Over fifty countries abstained or did not cast a vote.

Germany, speaking on behalf of the European Union, criticized the U.S. attempt to delete “sexual and reproductive health.” The delegate said it sent a “terrible signal.” Citing the World Health Organization’s guidelines during the pandemic, their statement said reproductive health was an “essential health service.”

From the outset of the COVID-19 pandemic, the World Health Organization has maintained that sexual and reproductive health, and abortion specifically, should be an essential part of government responses to the health crisis. The UN Secretary General has followed their lead, and continues to promote abortion during the global health emergency.

The U.S. government may not have received many votes in support, but several delegations expressed solidarity with U.S. pro-life concerns.

Iraq said the resolution on COVID-19 was not a “suitable” place to address sensitive social issues.

Libya said, “sexual and reproductive health” was “controversial terminology.” Their diplomat said the UN should not use this language “against our country” and asserted its right to draw up legislation in line with national priorities and according to its cultural heritage.

Guatemala also made a reservation on the language on sexual and reproductive health, saying it “could be erroneously interpreted” as including a right to abortion.

Russia distanced itself from UN “review conferences” that are known for promoting abortion, LGBT, and sexual autonomy for children.

The Apostolic Nuncio, Archbishop Gabriele Caccia — the personal representative of Pope Francis to the United Nations — brought up concerns about abortion, surrogacy, sterilization, ethical concerns with the development of new vaccines, and the right to life of older persons.