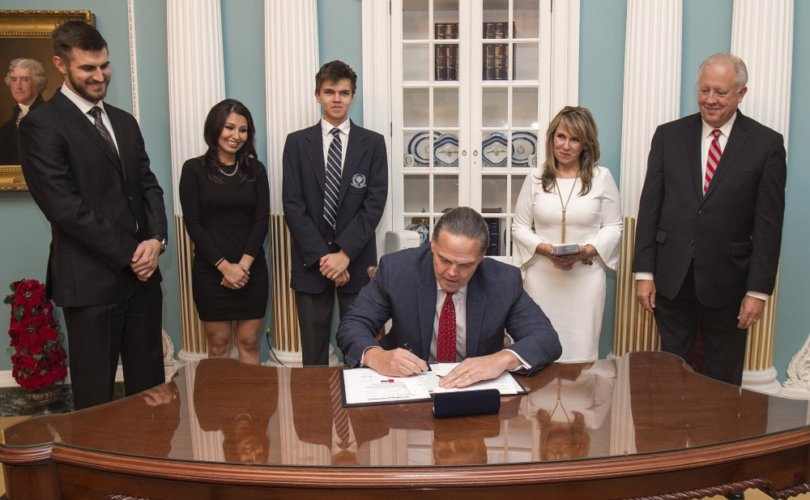 December 23, 2019 (LifeSiteNews) – The Trump administration has withdrawn Daniel Foote, the U.S. ambassador to Zambia, following tensions over his criticism of the country’s treatment of homosexuality.

Japhet Chabata and Steven Samba were convicted last year of sex “against the order of nature,” to which Foote responded that he was “horrified” by the “oppressive sentencing,” which he said would “do untold damage to Zambia’s international reputation by demonstrating that human rights in Zambia (are) not a universal guarantee.”

Zambian officials such as Foreign Affairs Minister Joseph Malanji threatened to lodge a complaint with Washington over the criticism. Foote replied with extended remarks declaring he was “shocked at the venom and hate directed at me and my country,” and said he hoped the “government of Zambia commits to improve its decaying relationship with the United States.” He also invoked Pope Francis in calling on the Zambian people to “welcome and love all people, regardless of sexual orientation.”

Now, the U.S. State Department has recalled Foote from the country, Bloomberg reported.

“We are dismayed by the Zambian government’s statement that Ambassador Foote’s position 'is no longer tenable,' which we consider being the equivalent of a declaration that the Ambassador is persona non grata,” a State Department spokesman explained. “Despite this action, the United States remains committed to our partnership with the Zambian people. We seek an open and frank relationship of mutual respect, commensurate with the generous aid provided to the Zambian people by the United States.”

The statement went on to declare that the United States “firmly opposes abuses against LGBTI persons,” and believes all governments “have an obligation to ensure that all people can freely enjoy the universal human rights and fundamental freedoms to which they are entitled.”

Foote’s original comments and this latest development are in keeping with a global initiative the Trump administration announced in February to press governments around the world to decriminalize homosexuality, a move that has divided some conservatives and failed to improve the Republican president’s standing among American LGBT activists.

The initiative has the support of Vice President Mike Pence and Secretary of State Mike Pompeo, who are both ardent social conservatives. “People can disagree philosophically about homosexuality, but no person should ever be subject to criminal penalties because they are gay,” said U.S. Ambassador to Germany Richard Grenell, an open homosexual who is hawkish on foreign policy issues but socially liberal on LGBT issues.

Interested readers who wish to respectfully express their views of the situation can contact the White House by clicking here.