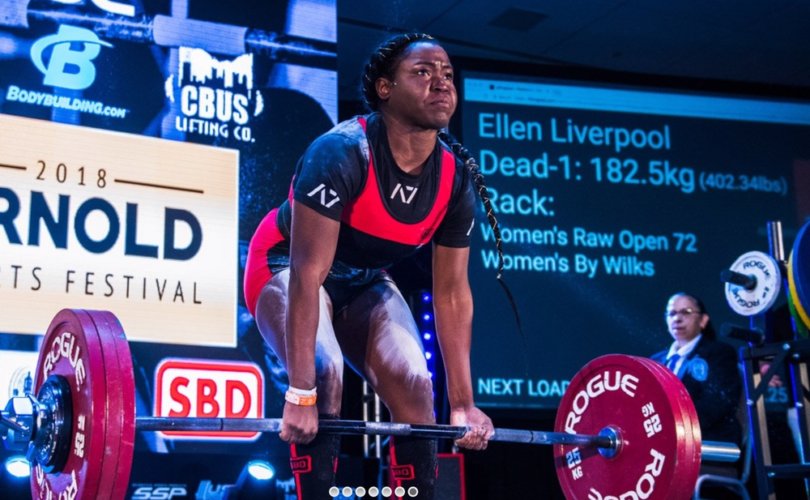 May 14, 2019 (LifeSiteNews) – USA Powerlifting (USAPL) will continue to forbid gender-confused men who think they're women from competing against actual women for the same records, following an overwhelmingly one-sided vote to maintain the current policy.

USAPL’s national board of governors held a vote on the matter Thursday, Outsports reports. 46 members voted against lifting the ban versus just four in favor, with one abstention. Speakers for and against the change were heard prior to the vote, including “Queer and Trans Fathlete” JayCee Cooper (for) and USAPL Therapeutic Use Exemption committee chair Dr. Kristopher Hunt (against).

“Men naturally have a larger bone structure, higher bone density, stronger connective tissue and higher muscle density than women,” it argues. “These traits, even with reduced levels of testosterone do not go away. While MTF (male-to-female) may be weaker and less muscle than they once were, the biological benefits given them at birth still remain over than of a female.”

“USAPL has continuously operated in bad faith throughout this process,” the Women’s Strength Coalition alleged in a statement lamenting the vote. “Our proposed policy may not have passed today, but our fight for trans inclusion is not over. Women’s Strength Coalition and Pull for Pride will not stop pushing for a trans affirming and inclusive policy until all are welcome on the platform.”

“Transgenders coming into women’s sports erases women from women’s sports,” she argued, “and thus erases the entire point of women’s sports: again, not for entertainment and not for men. But for women to compete.”