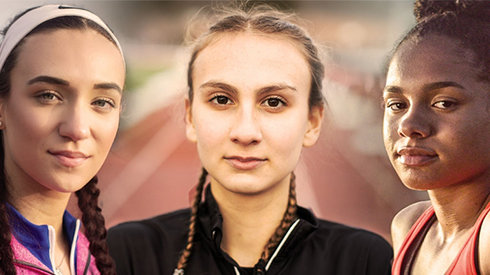 May 27, 2021 (LifeSiteNews) – The conservative Alliance Defending Freedom (ADF) is calling out USA Today for editing an op-ed by Connecticut track athlete Chelsea Mitchell about gender-confused males in female sports by replacing her use of accurate biological terms with more politically-correct “transgender” descriptors.

Mitchell is one of three female athletes ADF is representing in their case against the Connecticut Interscholastic Athletic Conference (CIAC), which they allege has deprived female students of athletic and scholarship opportunities thanks to rules permitting gender-confused males to participate in sex-segregated women’s programs, without any conditions pertaining to physical transitions or testosterone levels.

“I’ve lost four women’s state championship titles, two all-New England awards, and numerous other spots on the podium to male runners,” Mitchell wrote in an op-ed originally published by USA Today and reprinted at ADF’s website. “I was bumped to third place in the 55-meter dash in 2019, behind two male runners. With every loss, it gets harder and harder to try again.”

“But besides the psychological toll of experiencing unfair losses over and over, the CIAC’s policy has more tangible harms for women,” she explained. “It robs girls of the chance to race in front of college scouts who show up for elite meets, and to compete for the scholarships and opportunities that come with college recruitment. I’ll never know how my own college recruitment was impacted by losing those four state championship titles to a male. When colleges looked at my record, they didn’t see the fastest girl in Connecticut. They saw a second- or third-place runner.”

However, USA Today replaced Mitchell’s use of “male” with “transgender,” and prefaced the piece with a note: “This column has been updated to reflect USA TODAY’s standards and style guidelines. We regret that hurtful language was used.”

Explaining why they reprinted the original unaltered version, ADF responded that USA Today “inappropriately assigned ‘hurtful’ motives to Chelsea’s logical use of the word “male” to refer to the biology of males who compete in female sports.”

Hey @USATODAY, since you’ve decided to be a propoganda arm for the woke mob and silence a young female athlete, maybe also explain what the “M” and the “W” stand for here? It’s your website. https://t.co/vfsagnmDoK pic.twitter.com/lcz210sr85

USA Today violated its principles to appease the mob. This blatant censorship violates the trust we place in media to be honest brokers of public debate.

LGBT activists claim it’s “discriminatory” to reserve female competitive sports for actual females, and conservatives argue that forcing girls to compete against boys deprives the former of recognition and scholarship opportunities that were originally instituted to advance girls academically and professionally. Further, scientific research indicates that testosterone suppression does not eliminate all the physical advantages that come with male physiology.

In a paper published by the Journal of Medical Ethics, New Zealand researchers found that “healthy young men (do) not lose significant muscle mass (or power) when their circulating testosterone levels were reduced to (below International Olympic Committee guidelines) for 20 weeks,” and “indirect effects of testosterone” on factors such as bone structure, lung volume, and heart size “will not be altered by hormone therapy”; therefore, “the advantage to transwomen (biological men) afforded by the (International Olympic Committee) guidelines is an intolerable unfairness.”