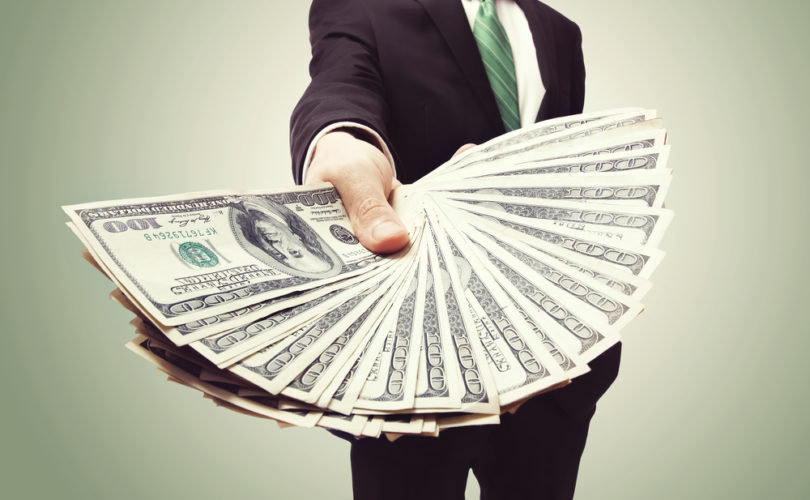 October 19, 2018 (C-Fam) – The U.S. International Agency for International Development (USAID) just gave a hefty grant to CARE, a global aid organization that is working to undermine the administration's pro-life policies and to insert abortion into humanitarian situations worldwide.

While CARE trades on its neutrality on the issue of abortion to maintain U.S. funding, it also openly promotes, supports, and funds abortion as part of its operations. Sources say the organization was just awarded a $10 million grant from USAID, which includes promoting sexual and reproductive health for adolescent girls in Syria.

In a memo marked “confidential” CARE said it is deliberately undermining the effects of the president's expanded Mexico City Policy, the Protecting Life in Global Health Assistance (PLGHA) policy. It said it is working with contacts, ostensibly including those within the administration, to delay the policy's implementation and blunt its life-saving impact for women and children around the world.

According to its financial statements CARE USA received more than $600 million in fiscal year 2017. CARE International, the U.S. government, and private contributions each made up roughly a third of the sum.

When CARE USA, a member organization of CARE International, announced that it opposes the Trump administration's expanded Mexico City Policy/PLGHA, it said it must keep “walking a line” between “strategically important” opposition, likely to appease its private donors who favor abortion, and official neutrality, which would maintain the support of Congress and the White House who could veto its taxpayer funds.

CARE recently circulated a sign-on letter to members of Congress addressed to USAID Administrator Mark Green asking for the agency's endorsement for programs on adolescent girl's empowerment that made no mention of its emphasis on reproductive rights for girls.

CARE's website says that its 2018 advocacy agenda prioritizes: robust family planning spending, including for the UN Population Fund, which the Trump administration has de-funded; two bills that conservatives oppose, the REACH Act and the International Violence Against Women Act; and a “comprehensive” approach to “reproductive health” services, which include abortion.

Last year, CARE instituted a new high-level position for humanitarian action policy to oversee CARE's “global humanitarian profile.” It has worked to insert abortion in international humanitarian policy through UN policies and programs. The head of the new initiative was Assistant Secretary of State for International Organization Affairs in the Obama administration and left the post in 2017.

CARE USA insists that it “does not fund, support or perform abortions” and only “assist[s] women suffering complications of unsafe abortions.” However, elsewhere on its website, CARE says that it “supports access to high-quality, comprehensive, sexual and reproductive health counseling, education, and services including […] safe abortion.”

CARE is a steering committee member of the Interagency Working Group for Reproductive Health in Emergencies, which developed the Minimum Initial Services Package (MISP). The MISP calls for “access to safe abortion to the full extent of the law” in humanitarian settings. In a policy brief on humanitarian reform, CARE called attention to “a disproportionate lack of funding and programmatic attention to family planning […] and comprehensive abortion care in particular.” Other steering committee members include leading abortion providers Ipas and International Planned Parenthood Federation as well as groups that support and promote abortion such as Population Action International, and the UN Population Fund.