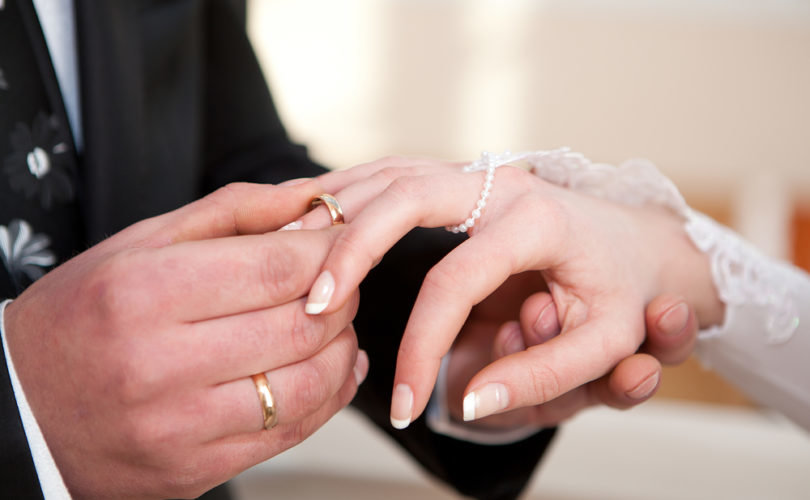 June 5, 2018 (LifeSiteNews) — Couples having sex outside marriage are not being truthful with each other regarding what they intend for the rest of their lives, the incoming pro-life chair for the U.S. Conference of Catholic Bishops said.

Cohabitation runs contrary to the marriage covenant, both in terms of commitment and not providing a lasting home for children, Archbishop Joseph Naumann of Kansas City, Kansas, told LifeSiteNews in an exclusive interview. And because the marital act conveys enduring fidelity, couples having sexual relations outside marriage are being dishonest.

The archbishop confirmed for LifeSite editor-in-chief and co-founder John-Henry Westen that marriage is in fact still essential today, and how in the eyes of the Church the sacrament is focused in part on being open to God’s gift of life.

With so much debate today over marriage in the Church, Westen asked the archbishop why marriage is necessary and whether living together with fidelity is enough.

Archbishop Naumann answered with a question.

“Why wouldn’t they marry?” he asked. “Why wouldn't they publicly commit themselves to each other and create this covenant?”

“Part of marriage is oriented towards children and where children can be welcomed,” continued Archbishop Naumann. “Where, the cohabiting couple by its nature, it's open-ended — that while they might be faithful at the moment, they're not really in a position to welcome children and give them the kind of optimal circumstances, where these children are going to be raised with their biological parents, who first of all love each other and together love them.”

The Church's teaching on marriage and conjugal love has a lot to with integrity, he said.

“Because what a couple says in the marital act is, I give myself completely to the other physically, and unless you’re willing to say that — and the way we say that it is through the marital vows where we commit to fidelity, but also to permanency and to an openness to life — unless we're willing to say that, then the physical intimacy that is assumed, I guess, with a cohabiting couple is dishonest.”

Marriage remains at the forefront of discussion with Catholics. There are reports of a renewed threat to Humanae Vitae via a looming attempt to “reinterpret” the teaching in Pope Paul VI’s landmark document on human life and contraception, and attempts by various factions to lobby for allowing Catholics living in objectively sinful, non-marital unions to receive Holy Communion.

The Catholic Church teaches that marriage is ordered toward the good of the spouses and the procreation and education of offspring (CCC 1601).

Regarding the benefit and obligation of marital relations, the Church says:

“Conjugal love involves a totality, in which all the elements of the person enter — appeal of the body and instinct, power of feeling and affectivity, aspiration of the spirit and of will. It aims at a deeply personal unity, a unity that, beyond union in one flesh, leads to forming one heart and soul; it demands indissolubility and faithfulness in definitive mutual giving; and it is open to fertility” (CCC 1643).

Archbishop Naumann has been a vocal proponent of the Catholic faith in word and deed. He broke ties last year with the Girl Scouts in his diocese over abortion and promotion of gender ideology, and he has fought against pornography in his diocese.

This has also involved the archbishop exercising his pastoral duty of censuring pro-abortion Catholic politicians for their public defiance of Church teaching.