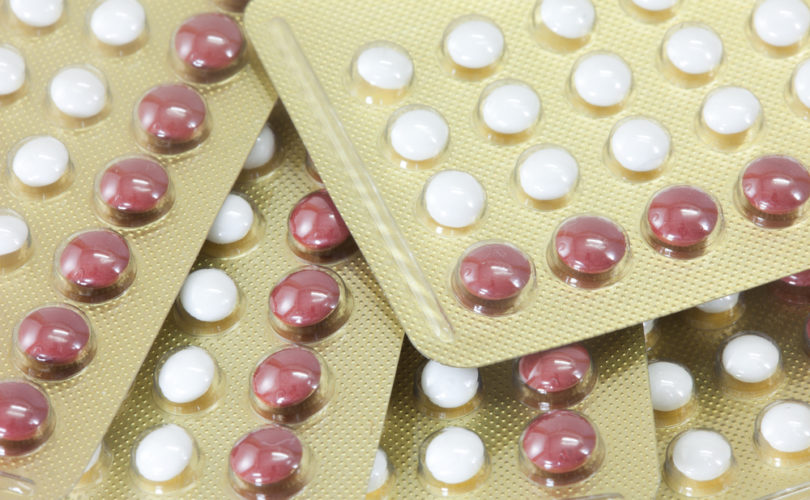 A study of 1,102 women has found that use of several kinds of birth control pills was linked to greater chances of developing breast cancer.

Likewise, “pills containing ethynodiol diacetate” – such as Zovia and Demulen – “increased the risk 2.6-fold, and triphasic combination pills” – like Ortho Tri-Cyclen, Tri-Levien, and Triphasi – “containing an average of 0.75 milligrams of norethindrone increased the risk 3.1-fold.”

Pills with low doses of estrogen were not found to increase the risk of breast cancer.

The study found that recent use of oral contraceptives increased the risk of breast cancer by 50 percent when compared with those who have never used the birth control pills or are no longer using them.

Unlike a majority of other studies of the link between birth control pills and breast cancer, Beaber and her fellow authors did not rely on self-reporting or recall by women about their use of birth control. Instead, they used electronic pharmacy records to gather detailed information on the study participants.

The study, which was funded by the National Cancer Institute, is just the latest linking birth control pills to cancer and other ills. A report earlier this year found that chemicals in contraceptives are causing the feminization of male fish in Spain.

In 2013, a study found that using birth control for at least three years led to a greater chance of getting glaucoma. Teen girls who use contraceptives were found to have increased blood pressure in an Australian study done in 2012, and a Denmark study released earlier this year found birth control pills may damage the fertility of women who use them.

The AARC study, which was published by Cancer Research, a journal of the American Association for Cancer Research (AARC), studied women who were at Group Health Cooperative in the Seattle area and received cancer diagnoses between 1990 and 2009. It had 21,952 controls.

According to the press release, “about 24 percent, 78 percent, and less than 1 percent of study controls who were recent oral contraceptive users filled at least one prescription in the past year for low-, moderate-, and/or high-estrogen dose oral contraceptives, respectively.”

In other words, women rarely filled prescriptions for the most dangerous of the pills — those with high estrogen doses. The odds of breast cancer across the nation are approximately 1.5 percent at age 40.

However, one of the AARC study's authors cautioned that the study's “results require confirmation.”

Surgeon: birth control pill a ‘molotov cocktail’ for breast cancer
Contraceptive pill may not make you fat, but could cause stroke, breast cancer
Breast Cancer Awareness Month ignores the Pill’s link to cancer