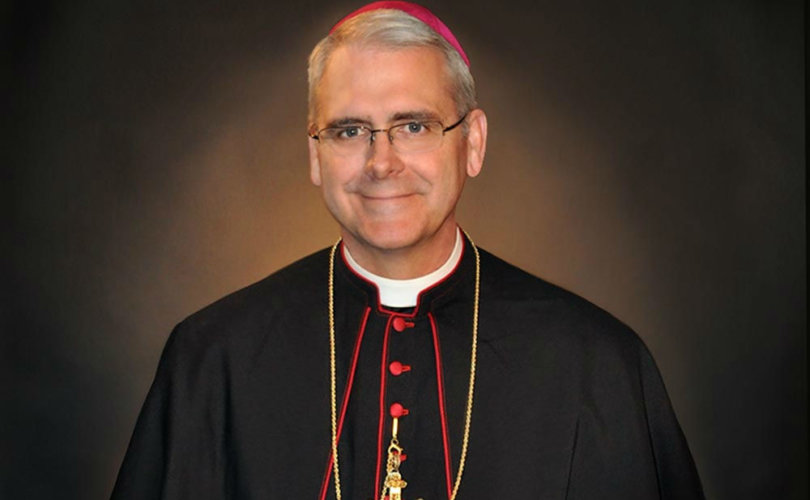 OKLAHOMA CITY, Oklahoma, April 17, 2018 (LifeSiteNews) – Catholic teaching prohibiting the use of contraception is unchangeable, Oklahoma City’s archbishop wrote in a recent article. Using contraception, such as the pill or the condom, to purposefully block the creation of a new life is “sinful,” he added.

Writing about the 50th anniversary of Humanae Vitae (Of Human Life), Archbishop Paul Coakley said in a March 28 article that contraception is harmful to both marriage and the individual person.

“To separate these two [unitive and procreative purposes of the conjugal act] prevents the intimate expression of conjugal love from realizing its divinely intended purpose. To engage in sexual activity outside of marriage or for selfish purposes or while interfering with its natural fruitfulness by contraception is a rejection of God’s intended meaning and purpose. It is sinful,” he said.

He wrote that a secular mindset since the release of Humanae Vitae has placed the judgment of human beings above God, and this worldly attitude has affected some in the Church, affecting its teaching credibility.

“The secular mentality says that human beings, rather than God, are the measure of all things,” the archbishop said. “Right and wrong are determined on the basis of what is practical rather than what is true or good. This worldview values results over reason.”

“It has affected the attitudes and values of many in the Church as well,” he said. “Uncomfortable with being a “sign of contradiction,” some prefer to accommodate the Gospel and the Church’s teaching to the wisdom of the world. The salt loses its savor (Mt. 5:13). The Church loses its credibility as a witness.”

“The Church cannot change its teaching on the immorality of artificial contraception, however unpopular and admittedly difficult it can be to embrace and live,” Archbishop Coakley said.

“The Church does not create the moral law, but is only its guardian and interpreter,” The Oklahoma City archbishop said. “Ultimately, contraception is morally unacceptable because it is contrary to the true good of both the human person and marriage.”

God makes His support available to the faithful through the grace of the sacraments, he added.

“Catholics who strive to live according to the Church’s teaching will find divine assistance by having recourse to the grace of the sacraments, especially the Sacrament of Penance and the Eucharist,” said Archbishop Coakley, “as well as to prayer and the cultivation of virtue.”

The exhortation from Blessed Paul VI was promulgated July 25, 1968. Reports of a papal commission charged with re-examining the document have prompted concern among Catholics.

These concerns have been underscored by Pope Francis having appeared to contradict Church teaching on contraception during a 2016 in-flight press conference and by some interpretations of his exhortation Amoris Laetitia. These were also augmented by the pope’s appointment of some opponents to the Church’s teaching on birth control to the Pontifical Academy for Life.

Conferences have been convened and statements composed to commemorate and defend Humanae Vitae and its upholding of Church teaching on contraception.

Archbishop Coakley acknowledged the controversy in his column, and joined the countless observations recognizing Humanae Vitae as prophetic.

“The publication of Humanae Vitae was a reaffirmation of the traditional moral teaching of the Catholic Church,” he wrote. “It was met with widespread controversy and a vocal dissent that was symptomatic of the age.”

He cited the exhortation’s predictions of “conjugal infidelity and the general lowering of morality” and loss of respect for women.

“Certainly, many family problems and social ills are linked to this widespread contraceptive mentality that separates sexual love from its proper context in the divine plan for marriage,” the archbishop said.

Among the resulting societal harm he detailed was the judicial redefinition of marriage, gender confusion, plummeting populations, skyrocketing divorce, and widespread tolerance for adultery, homosexual activity, and abortion. The archbishop also listed the upsurge of pornography and the increasing acceptance of euthanasia, embryonic stem cell experimentation and human cloning among the social ills resulting from the advent of contraception.

“The loss of respect for God’s plan for marriage erodes respect for the dignity of human sexuality and the sacredness of life,” Archbishop Coakley stated.

Paul VI’s document gave the reminder “that something as sacred as the transmission of human life cannot be cut loose from its moorings without grave consequences to individuals, marriages and families, and to society as a whole,” wrote Archbishop Coakley. “The transmission of life and dignity of married love are integrally entwined. Both are sacred.”

The archbishop wrapped up his column by sharing what he called the “priceless gift” of natural family planning (NFP).

NFP methods consist of a husband and wife refraining from conjugal activity during the wife’s fertile time. Unlike contracepted sex, they do nothing to block the life-giving potential of the sexual act. They simply refrain from engaging in sexual activity. In this lies the specific moral difference between NFP and contracepted-sex.

“NFP is a healthy means of family planning that enables couples to cooperate with God and one another in spacing pregnancies in a way that actually strengthens their relationship,” Archbishop Coakley said. “Perhaps now is a good time to take another look at the benefits NFP can offer to you and your marriage.”