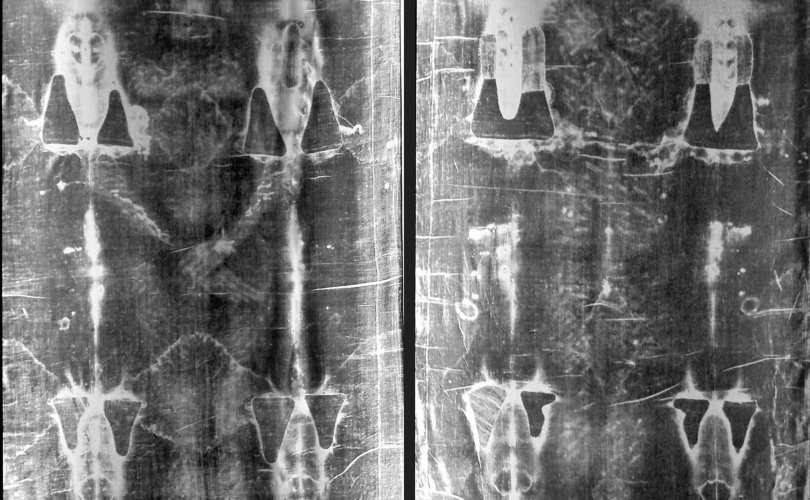 (LifeSiteNews) — A recently developed scientific method revealed that the Shroud of Turin originates from the first century around the time of the passion, death and resurrection of Jesus Christ.

Discussing the findings of their peer-reviewed study, Italian scientist Liberato De Caro told the National Catholic Register (NCR) that utilizing a technique he and his colleagues call “Wide-Angle X-ray Scattering” (WAXS), the fabric of the Shroud is about 2,000 years old.

This finding contradicts a well-known 1988 carbon-dating study that reported the cloth to be around 700 years old, apparently undermining the testimony of Catholic tradition that it is the burial cloth of Jesus Christ.

Having training in physics and being a researcher at Italy’s Institute of Crystallography of the National Research Council in Bari since 2001, De Caro told the NCR’s Edward Pentin that the new method of evaluation involved measuring the impacts of temperature and humidity on fabrics as a means of discovering their approximate ages.

In an initial published study from 2019, the researchers “demonstrated the reliability of the new X-ray dating technique on a series of samples, taken from linen fabrics ranging in age from 3,000 BC to 2,000 AD,” De Caro explained.

The recent paper, published April 11, dated a linen sample from the Shroud by this method and placed it within the dating previously established to arrive at the first century time period.

De Caro also discussed possible reasons the 1988 carbon-14 study may have been mistaken in its conclusions. “Fabric samples are usually subject to all kinds of contamination, which cannot always be controlled and completely removed from the dated specimen,” he said.

“If the cleaning procedure of the sample is not thoroughly performed, carbon-14 dating is not reliable. This may have been the case in 1988, as confirmed by experimental evidence showing that when moving from the periphery towards the center of the sheet, along the longest side, there is a significant increase in carbon-14 [radiocarbon].”

There is also evidence from the inexplicable nature of the image on the Shroud itself. It appears to have been imprinted on the fabric by a high-level surge of radiation from the supposed unique event of Christ’s resurrection. This “could have enriched the linen fabric of the Shroud with carbon-14,” the physicist said.

Finally, recognizing how the WAXS method can help approximate the date of the Shroud’s origin, the botanical evidence found in 1999, indicates that “pollen trapped in its fibers” comes “from the Middle East, in particular from the ancient region of Palestine” providing evidence that it was present around Jerusalem “for a significant period of its history,” De Caro said.