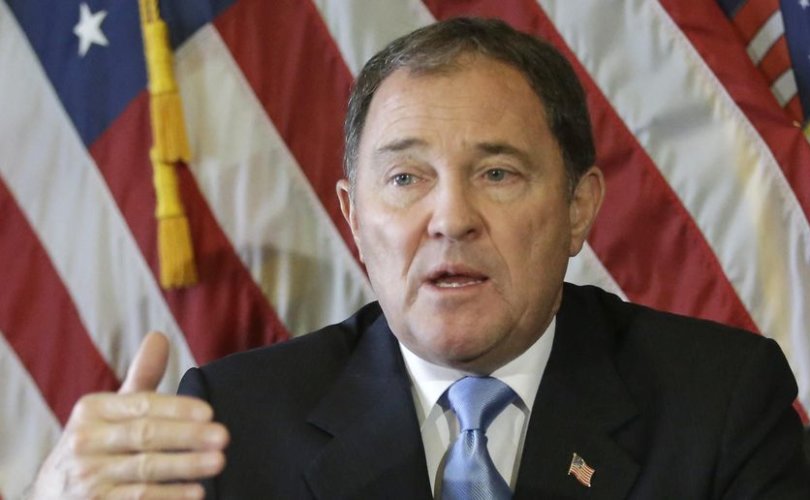 March 31, 2016 (LiveActionNews) — On Monday, Utah Republican Governor Gary Herbert signed a bill requiring abortionists to give fetuses anesthesia before aborting them at or later than 20 weeks.

“The governor is adamantly pro-life,” spokesman Jon Cox said of the decision, which makes Utah the first state in the country to enact this requirement. “He believes in not only erring on the side of life, but also minimizing any pain that may be caused to an unborn child.”

The bill is based on scientific evidence that preborn babies are capable of feeling pain around the 20-week mark – the gestational age at which an abortion procedure known as a D&E would most likely be performed. Dr. Anthony Levatino, a former abortionist, explains the process:

Abortion defenders often intensely deny fetal pain, but Live Action News has previously covered how multiple scientific point to it, such as nerves linking the brain stem and spinal cord to all organs and tissues by 10 weeks, observed reactions to pain stimuli between 14 and 22 weeks, and testimony from experts.

The bill’s author, Republican state Senator Curt Bramble, originally intended to pursue direct prohibition of abortion at 20 weeks, which several states as well as pro-lifers at the federal level are pursuing. However, he opted to pursue anesthesia instead at the advice of attorneys who predicted it would invite legal trouble.