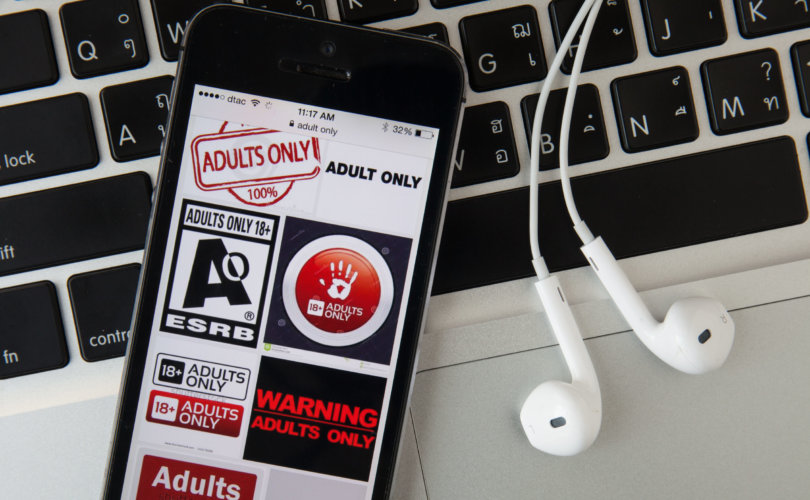 SALT LAKE CITY, Utah, January 6, 2017 (LifeSiteNews) — A state lawmaker believes that those who promote pornography to children and teens should be punished by society.

Utah state Senator Todd Weiler says pornographers know that their products harm users, spouses, family, and even careers, and yet they put greed above the well-being of people, society, and even American culture. In March 2016, he successfully proposed a resolution describing pornography as a “public health hazard.”

“The average age of first exposure to hardcore sex videos on the Internet is now the age of 11. To pretend that this is not having any impact on our youth, on children’s minds as they’re developing, as their attitudes towards sex and the opposite sex are being formed, I think is foolish,” he told KSL.com.

“If a company puts pornographic images out there where my child can get a hold of it, then I should have the right to sue the company,” Crossroads Church Pastor Noah Filipiak concurred. “We know that pornography causes a warped view of the opposite sex which leads to all kind of relationship problems, but it can also lead to depression and serious medical problems.”

“It’s not government coming in and saying what you can and can't watch,” Weiler pointed out. “It’s just basically a message to the pornography industry that if someone in Utah can prove damages from the product that they may be held liable financially.”

Weiler estimates that early cases will be dismissed but eventually, when society sees the merciless devastation that pornography inflicts — especially on the most vulnerable members of society — some cases might be won.

“We never wanted to legislate, picket, protest like so many have tried,” Gross told LifeSiteNews. “That doesn't work and is … why so many people hate Christian groups.”

Noting porn's drug-like effects on brain development and functioning, the Utah Senate resolution says that pornography creates “a sexually toxic environment” and fosters moral delinquency through the “hyper-sexualization” of young children and teens.

Weiler is also proposing legislation for pornography filters on computers and WiFi in public, tax-funded libraries that children often patronize.