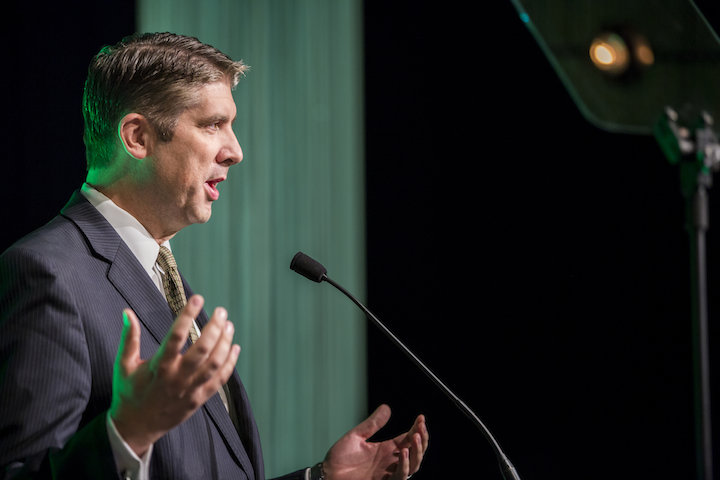 OREM, UT, May 6, 2015 (LifeSiteNews.com) — Utah Valley University (UVU) has become the latest front in the simmering debate over the definition of marriage.

On Saturday, over 100 UVU faculty members, calling themselves “(More than) 100 Scholars Committed to Diversity and Inclusion,” penned a letter for the Salt Lake Tribune blasting their university's president, Matthew Holland, for his support of marriage defined as between one man and one woman.

Holland had added his signature to an amici curiae brief filed with the Supreme Court in Obergefell v. Hodges, a consolidation of four cases for which the Court will rule on the constitutionality of redefining marriage to include same-sex couples.  The brief, filed by Gene Schaerr on behalf of “100 Scholars of Marriage,” alleges, among other things, that redefining marriage “creates enormous risks to society, especially to children of opposite-sex couples.”  Schaerr is the lawyer the state of Utah hired to defend its constitutional marriage amendment in 2014.

The UVU signatories to the Tribune response letter reacted with outrage to Holland's involvement with the brief.  Among other complaints, they claim that Holland abused his position at the university.

The faculty letter reads in part:

All of us, including our university president Matthew Holland, have the right to speak publicly as private citizens on controversial issues. However, as the public face of UVU to the larger community, Holland has a special responsibility to avoid public pronouncements that would harm his ability to carry out his duties as president of a state university officially committed to “diversity and inclusion.”

The quoted words “diversity and inclusion” refer to a response to the controversy issued by Holland's office: “As the brief clearly indicates, Matthew Holland's title was used for identification purposes only.  He was signing as an individual and not in any capacity on behalf of Utah Valley University.”  Furthermore, “Matthew Holland has always championed on campus, diversity and inclusion mean creating an environment of genuine respect and civility for all people in the exercise of strong and different beliefs, and from different backgrounds[.]”

One professor told the Salt Lake Tribune that Holland's signature has “cast colic” among homosexuals on campus, who, per the professor, constitute “a substantial portion of our students.”  Another insisted that “because he's the president, [Holland], in a way – whether he likes it or not – speaks for the institution[.]”

The Foundation for Individual Rights in Education (FIRE) believes that Holland was within his rights to sign the brief: “University presidents may hold and voice opinions,” a spokesperson told LifeSiteNews, “and they possess their own First Amendment right to freedom of expression.”  However, “[t]hey should also be careful to avoid the appearance of speaking on behalf of their institution when speaking as a private citizen, as the risk of the appearance of institutional endorsement is greater when the speaker is a high-level university administrator.”

FIRE concluded that “in this instance, President Holland signed the brief in his personal capacity.”

Brian Brown, president of the National Organization for Marriage (NOM), condemned the “intolerance” of the UVU faculty.  Brown decried a culture in which “those who disagree” with the longstanding definition of marriage “should be shamed and shunned, pushed to the margins of society[.]”  He added, “I hope that the U.S. Supreme Court takes note of this development, because if they vote to redefine marriage, this type of intolerance will become commonplace.”

Utah's constitutional marriage protection amendment was struck down by U.S. district judge and Obama appointee Robert J. Shelby in December 2013.  The U.S. Supreme Court, at the behest of Utah's governor, Gary Herbert, halted implementation of the ruling after the Denver-based 10th Circuit Court of Appeals refused two requests for a stay.  The 10th Circuit's refusals resulted in legal chaos, with the state of Utah having to refuse to recognize over a thousand marriage licenses given to same-sex couples between the December 23 Shelby ruling and the January 6, 2014 Supreme Court stay.  (The Obama administration, meanwhile, pledged to recognize the licenses as valid.)  The 10th Circuit followed up by ruling 2-1 with Shelby in June 2014.