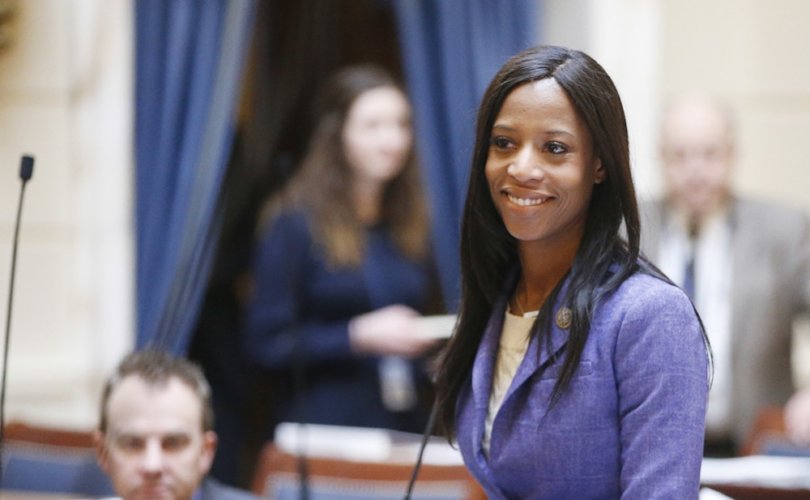 UTAH, September 5, 2018 (LifeSiteNews) – While most elective Republicans have tacitly surrendered to the conventional wisdom that the Supreme Court ended the same-sex “marriage” debate in 2015, Rep. Mia Love just resurrected it during her re-election campaign.

A recent campaign email from the Utah Republican, who is currently running for re-election in her state’s 4th Congressional District, criticized her Democrat challenger Ben McAdams for saying he was “pleased” when Obergefell v. Hodges forced all 50 states to recognize same-sex “marriages,” the Salt Lake Tribune reported. She said it proved McAdams was not the political moderate he has been campaigning as.

McAdams, who is currently the mayor of Salt Lake County, responded on Twitter by doubling down on his support for homosexual “marriage.” He said he was “proud of my work to build bridges,” and claimed it was “shameful,” “divisive, ugly and wrong” for Love to raise his position at all.

A reply to McAdams’ tweet provides more of the email, revealing that the marriage point was Love’s third example of left-wing stances she believes the media gave “minimal scrutiny.” She also cited his opposition to modest restrictions on abortion.

The Tribune’s Robert Gehrke questioned why Love was discussing same-sex “marriage” in light of polling that suggests 54 percent of Utah residents favor the judicially-mandated status quo, the fact that Congressional action to reverse Obergefell “seems unlikely,” and that Love herself has said relatively little on the subject in recent years.

“This is nothing but a dog whistle, targeted at Love’s hardcore Republican base, trying to get them fired up and scrambling to contribute,” Gehrke said.

In the years before Obergefell, Love declared she “support(s) marriage between a man and a woman,” condemned the Court’s 2013 ruling partially striking down the Defense of Marriage Act, and promoted a rally to preserve marriage before oral arguments in Obergefell began. After Obergefell, she signed on as a co-sponsor of federal legislation to protect the conscience rights of Americans who continued to oppose same-sex “marriage.”

Love campaign manager Dave Hansen muddied the messaging somewhat in response to the Tribune, however, saying the bullet point “was not in there to attack” same-sex “marriage,” but merely an example of “a liberal position at the time” McAdams took.

Love similarly challenged McAdams on abortion earlier in the campaign, noting that he claims to be pro-life yet ultimately supports keeping abortion legal and has opposed numerous modest restrictions on abortion. Love holds a 100 percent pro-life voting record, according to the National Right to Life Committee and Planned Parenthood Action Fund.

RealClearPolitics currently ranks the Utah 4th District race a toss-up for the November midterm elections. Love is just below 50 percent in RCP’s polling average but still enjoys a five-point lead.