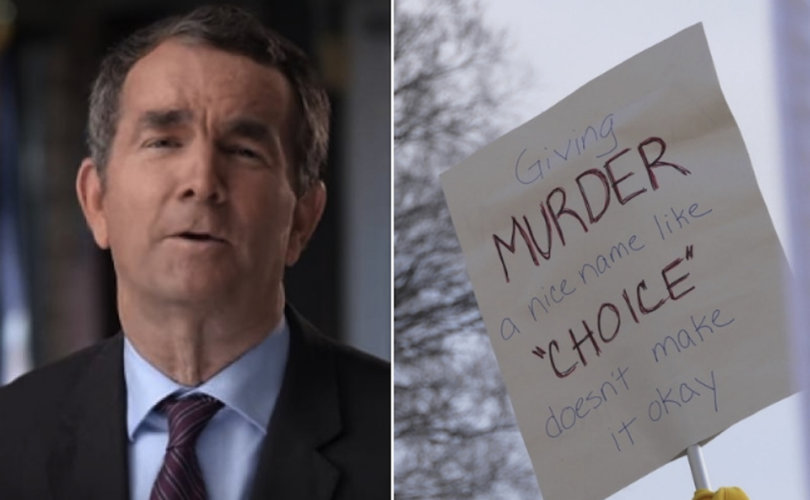 Northam admitted this evening that he appeared in “a costume that is clearly racist and offensive” in his medical school yearbook. His statement didn’t say whether he was the one pictured in blackface or dressed as a member of the KKK.

Democrat Del. Kathy Tran was scheduled to speak at South County High School in Lorton on Saturday. Tran sponsored a now-failed bill that she admitted would have allowed abortions at 40 weeks of pregnancy and even as a mother is “dilating” and going into labor.

“We are disappointed Delegate Tran and her colleagues chose to call off their town hall rather than face pro-life constituents, who were looking forward to the opportunity to voice their alarm over Delegate Tran’s radical abortion bill in person,” the Susan B. Anthony List, one of the rally’s organizers, said in a statement Friday evening. “Tran has taken to social media attempting to defend her legislation that, by her own admission, would allow abortion on demand right up through the moment of birth. Now she needs to listen to the voters. Our peaceful demonstration will take place as scheduled.”

The rally’s new location is 8390 Laurel Crest Drive, Lorton, VA 22079. It will still begin at noon. The Susan B. Anthony List says attendees should walk to the corner of Laurel Crest Drive and Silverbrook Road.